Colts, cops and kids hold peace talk in the park

The grownups first offered advice to their 11-year-old selves in a large group setting: 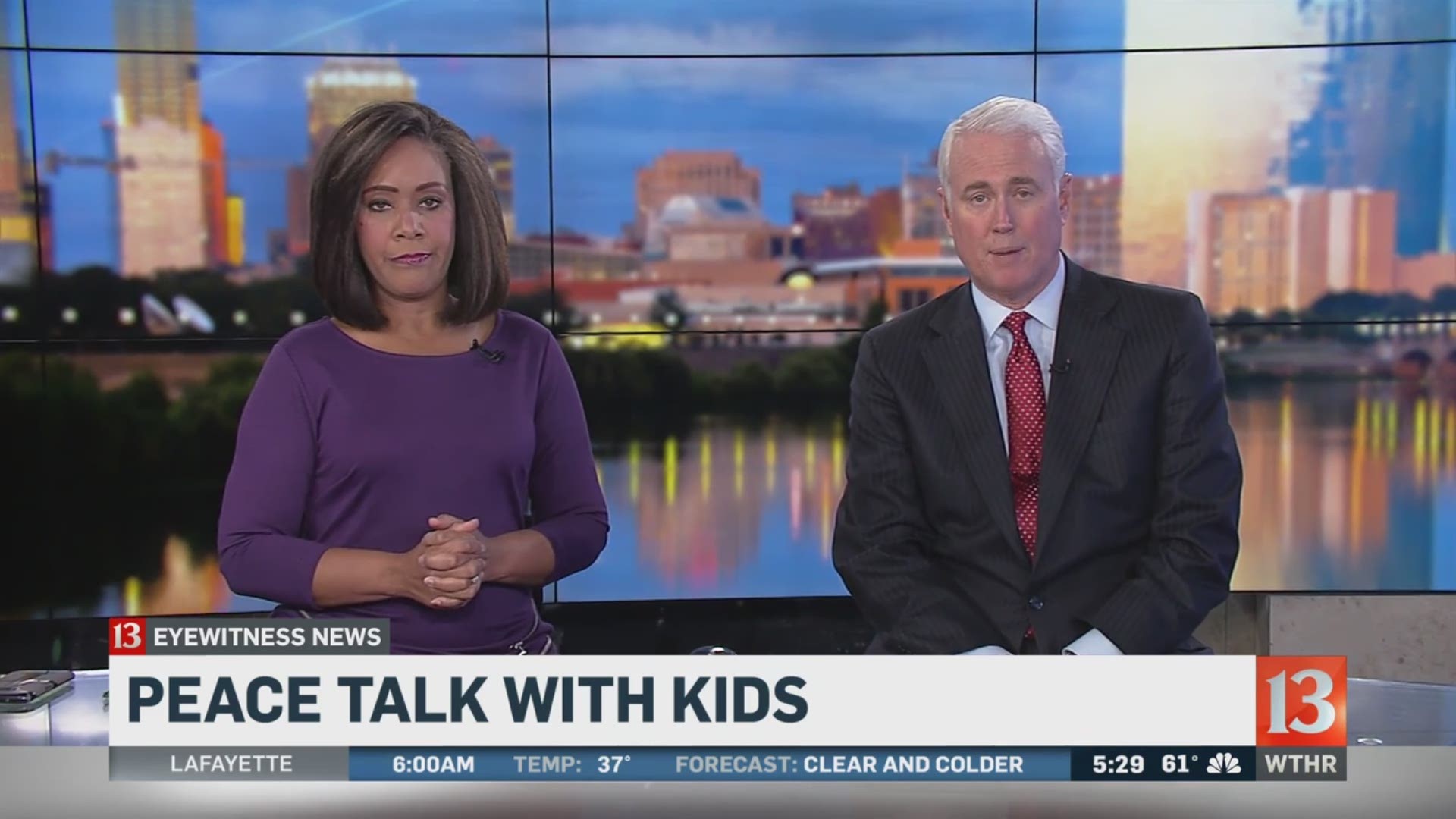 INDIANAPOLIS (WTHR) - Indianapolis appears headed for a record number of homicides this year, and one of the Indianapolis Colts outreach efforts this season is improving police-community relations.

The players and officers in uniform joined together Tuesday to promote peace with Indy’s next generation.

The Peace Learning Center sits on the banks of Eagle Creek Reservoir, a peaceful setting in the woods for conversations about peace. Colts players, IMPD officers and 6th grade IPS students visited the center at Eagle Creek Park to talk about solving problems without violence.

The grownups first offered advice to their 11-year-old selves in a large group setting:

"There's a hope and a future inside of you."

"Find the positive in every situation and focus on that."

"Step out there and meet new people and invite other people into your group."

"There's a way to do that peacefully,” Colts safety Matthias Farley told the three students in his small group. “It's not always the easiest way. It's definitely not the normal way. A lot of times it's easier to hit somebody or yell at somebody or say something than it is to say, 'Can we not just talk about this?'"

"We learned about peace and how to bring people in and not leave people out," said 6th grader Darnell Taylor.

"A lot of times as adults we haven't been taught proper conflict resolution skills,” IMPD Officer Shawn Anderson told his small group. “That's why there's police and that's why there is 9-1-1 because a lot of times you haven't been taught that, so what you do most is what you do best. If you've been taught to resolve your conflict with these (clinching his fists), or with a gun or a knife, then that's what you're going to resort to."

"Peaceful resolution could actually help a lot,” said 6th grader Sonia Zamudio-Sanchez. “It helps you a lot because if you do a conflict then it turns out really bad and a lot of bad things happen. Peaceful it turns out good."

The hope is early intervention with kids like these will help turn Indianapolis toward good.

"They're the ones that are going to drive it for the future,” said Farley. “So, if you have a lot of leaders, a lot of strong-minded kids who are going to go out and stop kids from bullying and tell people to do the right thing and hold people accountable, I think if that started from a young age, then really good things are happening and there's a really bright future for the city."

Indianapolis stands at 146 homicides for 2017. The record is 149. Those statistics indicate that lessons of managing anger, solving problems and understanding different perspectives that were not learned early enough for too many.