Hoosiers are paying attention to sports figures speaking out about racial injustice. 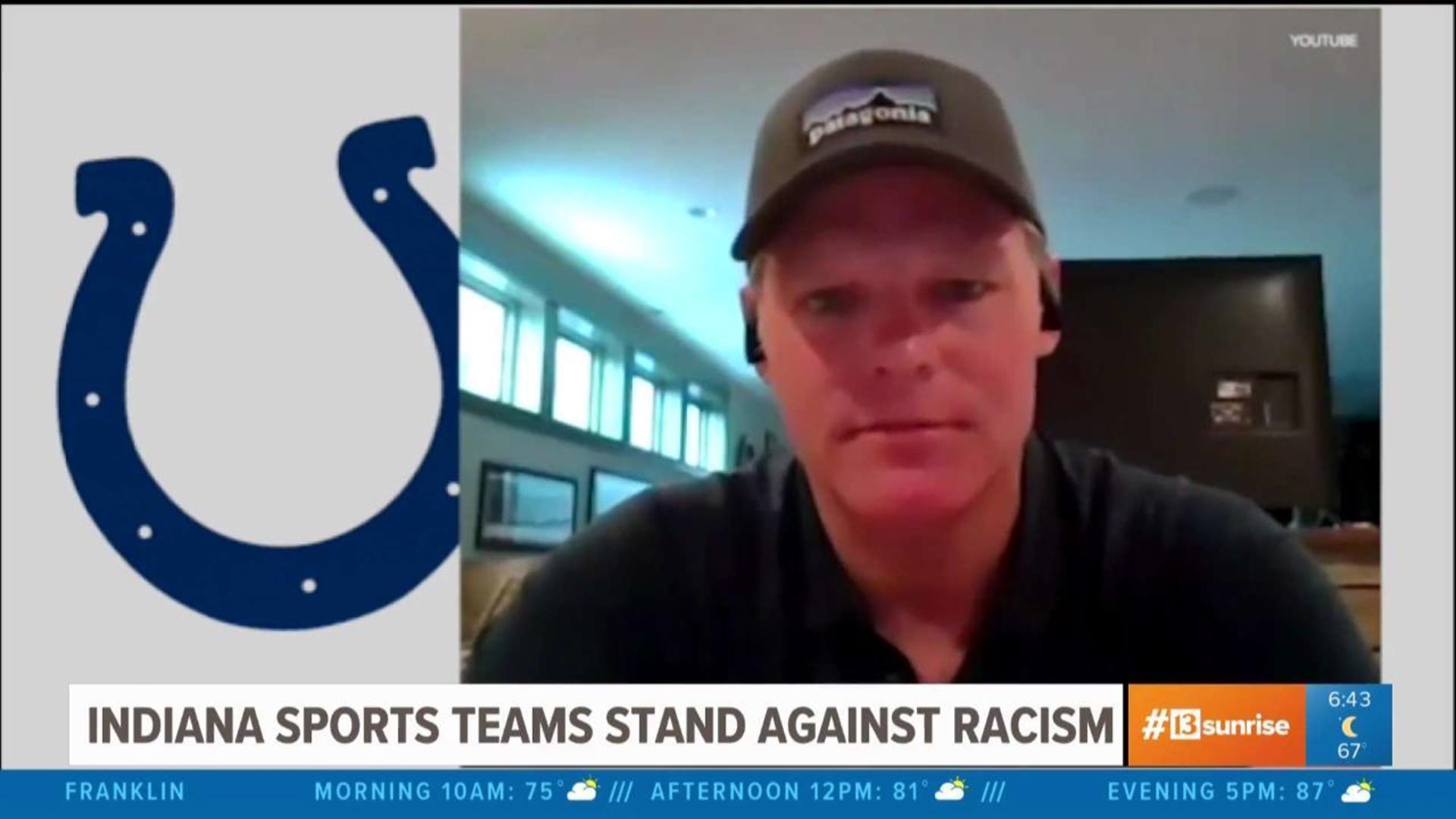 INDIANAPOLIS (WTHR) — The last 24 hours have seen huge headlines for sports in Indiana.

The racing on Independence Day weekend at the Indianapolis Motor Speedway will happen without fans.

And the coaching staff of the Indianapolis Colts can finally return to the team’s facility on Friday.

But even with all that, two separate YouTube videos about racial injustice, one from Colts General Manager Chris Ballard and one from the WNBA players with the Indiana Fever, are grabbing Hoosiers' attention.

First, Ballard revealed his highly emotional thoughts on the social and racial issues facing the nation, and how the Colts organization is coming together to help support and learn from each other.

"I'm not here to talk about football. I can't sit here and remain silent, because that's exactly what we've done every time our black community screams and yells for help," Ballard passionately said. "We have to end social injustice and racial inequalities. We have to end the police violence against our black communities, you know, Black Lives Matter. I don't understand why that's so freaking hard for the white community to say. Black Lives Matter! I've been ignorant. I've been ignorant to the real problem. And I'm ashamed of that."

Then hours later, the Indiana Fever with the ending phrase, "We Will No Longer Be Silent."

"I am fearful for the futures of my two black daughters," said Fever forward Candice Dupree.

Added guard Tiffany Mitchell, "I'm shocked that we are still dealing with racism to this day."

A statement from the Indiana Fever players. pic.twitter.com/nDEQwTPNkg