Code Ninjas is a place where instead of playing video games, kids actually create them 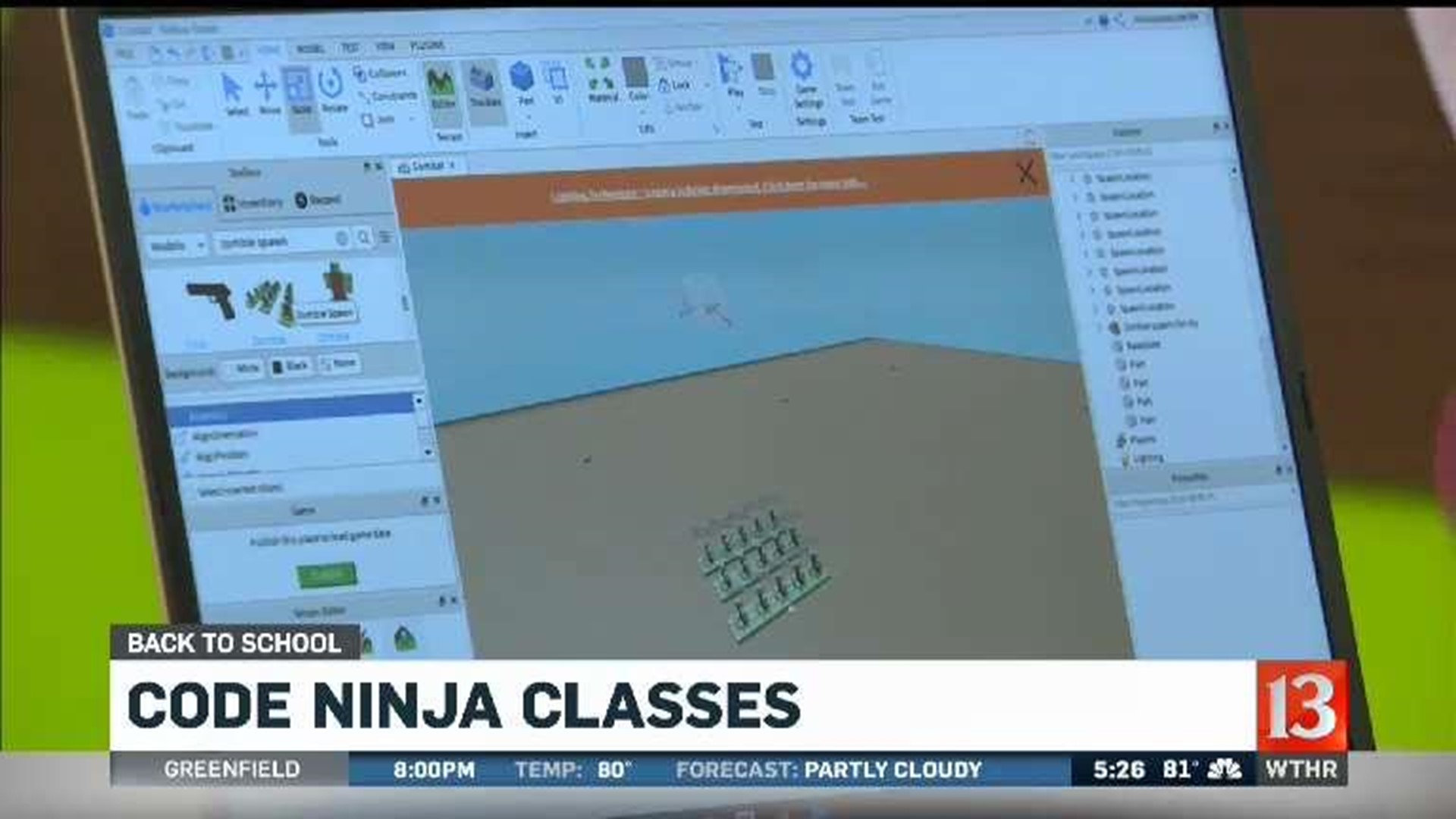 INDIANAPOLIS (WTHR) - Code Ninjas is a place where instead of playing video games, kids actually create them.

They learn how to code.

"just making a bunch of zombies it's a critical part of any zombie games is the zombies I guess," said one student.

"It's this idea you don't have to just use what's given to you. You get to do your own versions, they can make different colors, different people, different animals, and they get to create that from the beginning and hopefully our students will learn enough to create an app in the app store," an instructor told us.

"I am working on this game called coin catch, it's one of my last games until I start robots, I think," said Gunner Dearringer, 8. He's already created a website and a game.

"The hedgehog and you, this is like a tag game and your mouse pointer is running away from the hedgehog," Gunner said.

Students follow the Taekwondo method and work their way through the belts. Everything they do helps in problem solving and critical thinking.

"Coding is what makes up every single game, software, everything that really works on a computer," said Blake Whitlock.

Even though Blake is only 12 years old, he knows what he's learning now, will benefit him in the long run.

"Coding, you can definitely use later in life because technology is advancing and coding is a big part of technology," Blake said.

Code Ninja has two locations in Hamilton County, in Carmel and Fishers. They also have "drop in" hours so you can check it out to see if your kids would like it.