Savannah McHale is living with an inoperable brain tumor. 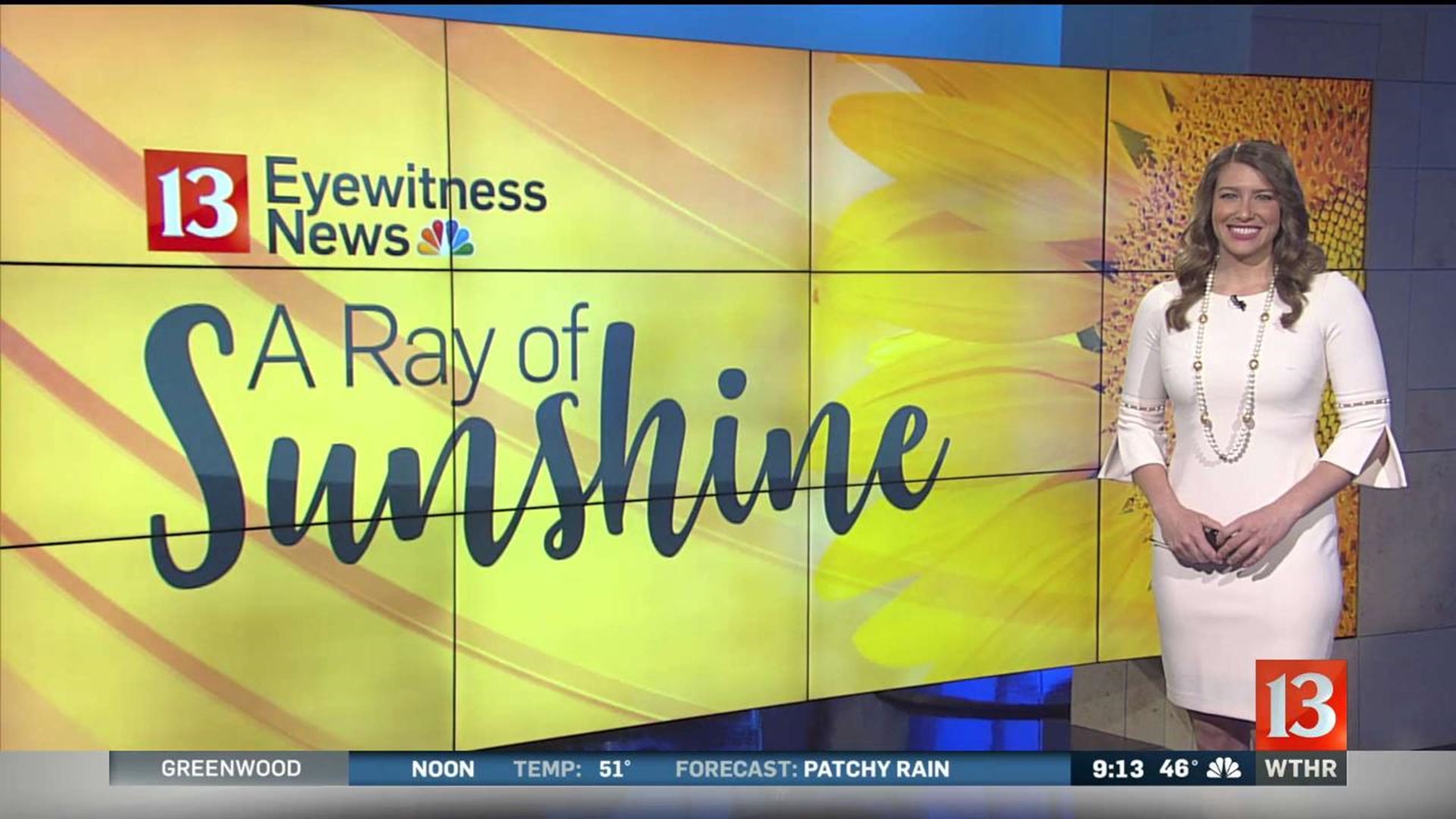 GREENWOOD (WTHR) - Back in March, WTHR'S Alyssa Raymond introduced you to Savannah McHale. She's a 5th grader battling cancer. To brighten her day, her friends at Homecroft Elementary School got to sing for her with the help of some very special guests.

Keeping up with the beat takes practice.

"We have no rhythm," said Southport Chief of Police Tom Vaughn. "We gotta work on that."

But Southport's police chief along with some other officers gave it their best shot all for one little girl who just loves this song.

Vaughn asked, "Hey what's the name of the song?"

Vaughn added, "There you go!"

"She's been obsessed with this, and I want the good for her," said 5th grader Mylee Spratt.

Savannah flashes this smile despite the pain she feels.

Vaughn added, "She's sassy. She's always got a smile on her face. She's just a happy kid. We know what she's going through, but she doesn't so to her it's normal. It's every day. And she fights every day and keeps going forward."

Doctors diagnosed Savannah McHale with Diffuse Intrinsic Pontine Glioma or D-I-P-G, which means an inoperable tumor clings to her brain stem. Her friends, Mylee and Niya, say they cheer her up every chance they get.

"I try to make her feel happy and like she doesn't even have a tumor," said Spratt.

Savannah misses school every now and then because of her treatment. On Wednesday, while she wasn't there, they recorded this for her alongside Southport police and then sang happy birthday to her. Savannah turned 11 on Wednesday May 8th. Her friends also left notes on her desk.

"It made me feel really accomplished because I've known her for so long, and it's like she's all grown up now," said 11-year-old Niya Collins. "My sweet little baby."

"She's my best friend, and she's like a sister to me," said Spratt.

Collins added, "She's gone through so much, and she deserves it."

Spratt said, "I just want the best for her."

And everyone just wants Savannah to have no worries. This isn't the first time her classmates and Southport police have done something for Savannah. Her school has been raising money to help her family pay for all of her medical expenses by selling bracelets and having dress-down days at school. The Southport Police Department even stepped in by having a couple fundraisers at Uno Pizzeria on Southport Road. If you'd like to read more about Savannah, you can check out her GoFundMe page.