City threatening eminent domain to get back Waterside development site

Late this morning Corporation Counsel Donald Morgan sent a letter to the Indianapolis-based Ambrose Property Group saying the city "intends to take ownership of that property thru eminent domain to ensure necessary development." 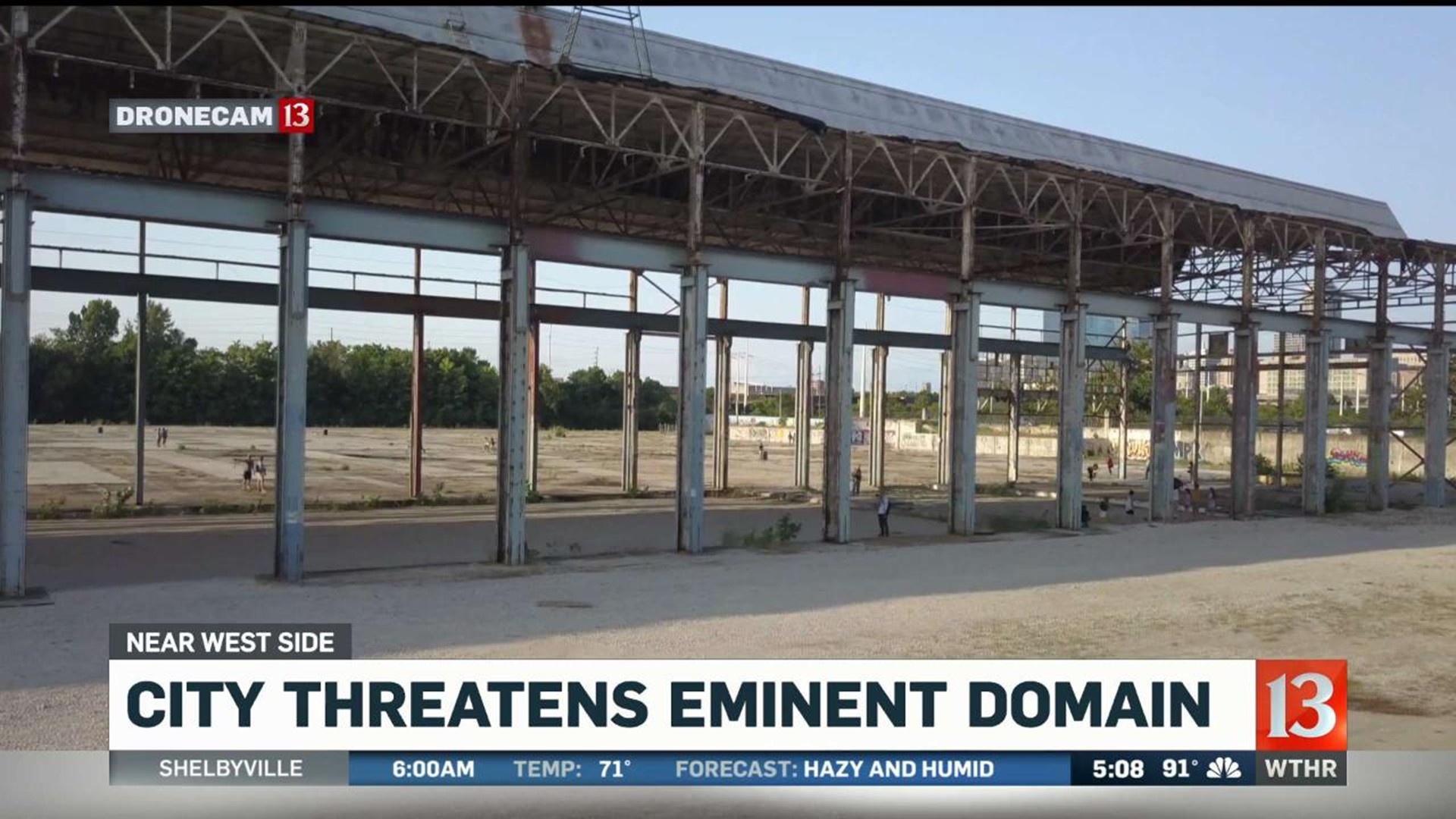 INDIANAPOLIS (WTHR) — The city of Indianapolis is determined to have a say in the future of the former GM Stamping Plant just southwest of downtown.

Late this morning, Corporation Counsel Donald Morgan sent a letter to the Indianapolis-based Ambrose Property Group saying the city "intends to take ownership of that property thru eminent domain to ensure necessary redevelopment."

The letter comes nearly a week after Ambrose announced it was scrapping plans for a multi-million dollar mixed-used development on the 103-acre site.

Ambrose issued a statement which said it was "repositioning its business to focus on e-commerce and industrial development in Indianapolis and nationally."

Ambrose bought the property, vacant since 2011, from Racer Trust, which was responsible for cleaning up the site and selling it.

The city of Indianapolis pledged $8 million in incentives to help with infrastructure improvements. A spokesperson for the mayor's office told Eyewitness News that less than a quarter of that was spent.

The announcement came as a big surprise not only to city officials, but neighbors eager to see the site redeveloped.

In the letter today, Morgan wrote, "If Ambrose would prefer to avoid the delay and expense of a court process we would welcome the opportunity to begin negotiating acquisition of the property immediately. Given Ambrose's oft-repeated commitment to the community and redevelopment of this site in a manner compatible with the surrounding neighborhood, we are optimistic that it will elect this latter option. If not, we will pursue the eminent domain process to its conclusion."

Morgan also asked for a copy of the purchase agreement and log of expenses the company has incurred on any improvements to determine "a fair and reasonable purchase price."

Eyewitness News reached out to an Ambrose spokesperson shortly after the letter was released and have yet to hear back.

Jay Napolean who heads up the Valley Neighborhood Association said he was contacted by city officials who plan to meet with neighbors next week.

Asked for his reaction to the city's use of eminent domain if necessary to get the property, Napolean said, "our position is the same as always. We're open to any development that benefits the neighborhood...and we hope to be a big part of it."

Eyewitness News looked into Ambrose Property Group's sale of a parcel of the GM Stamping Plant land to the Indianapolis Zoo. That sale was also announced on Wednesday.

Ambrose owns the property right now and is within their rights to develop it or resell the land if those changes meet any requirements or restrictions placed on the property by the city.

The Indianapolis Zoo told Eyewitness News the city has always been very supportive of the zoo acquiring additional land for parking.

The city issued a statement to Eyewitness News saying:

"It is not our intention to stop the zoo’s plans for expansion. With that said, this is a property that has struggled to be redeveloped – over the last several years, as well as the decades prior. We believe that the city can play a critical role in ensuring the development of the site, while also taking into consideration the needs and priorities of the residents in the area, through a transparent process."