The grieving by officers came at a distance and the funeral was closed to the public. 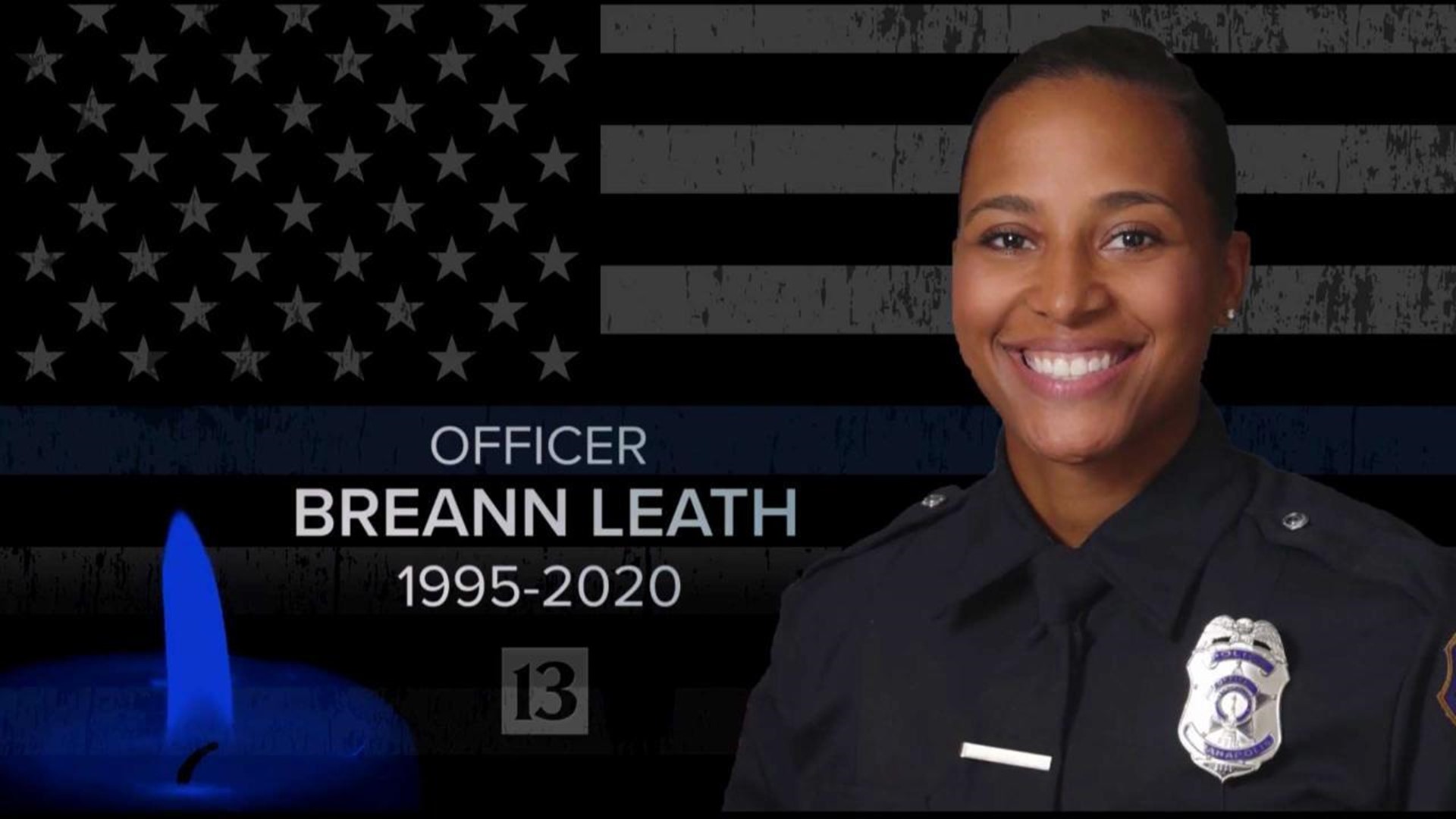 INDIANAPOLIS (WTHR) - It was an unprecedented goodbye to a woman whose life, although brief, left a permanent mark on the community and country she served with honor.

“Officer Breann Rochelle Leath courageously stood her post, representing what is best in society,” IMPD Chief Randal Taylor told those gathered at the Indianapolis Motor Speedway for Leath’s funeral, the first of its kind.

The grieving came at a distance. The funeral was closed to the public because of the COVID-19 pandemic. Many wore face masks.

Still, their hearts, including those of fellow officers standing at their cars lining the track, were united in love, appreciation and respect for a fallen hero.

“Her passing remains a stinging reminder of all the risks those wear the uniform make every day,” said Governor Eric Holcomb.

Leath, who since she was young had wanted to be a police officer like her father, was living out her dream when she was killed last week while answering a domestic violence call.

“She wrote a blank check to this community, to the people that she didn’t even know. She sacrificed her own life so that others may live, and that’s what makes Bre so special,” said IMPD East District Lieutenant Michael Leeper.

Following the funeral, a procession with Leath’s flag-draped casket made its way through the city, first under a garrison flag at Monument Circle, then past the Marion County Sheriff’s Department where Leath’s father is a deputy, to East District Headquarters where Leath worked, ultimately arriving at Crown Hill Cemetery, her final resting place.

Despite the stay-at-home order, dozens came out to pay their respects and mourn a young mother, taken from the little boy and family she loved and the city where she grew up.

“I didn’t even know her," said Howard Brewer III. "My heart cried out for her and the family and the little baby that’s not going to even, 'til it gets old enough, understand what happened to mama. It’s a heartbreaking thing.”

Heartbreak was on display on the faces of police officers and the public, despite the masks.

Then came the solemn journey to Crown Hill’s Heroes of Public Safety section. The casket flag was presented by Chief Taylor to Leath’s family at graveside.

It was a gesture of honor and thanks from a grateful community who will never forget Leath, whose smile could light up an entire room, and a young officer whose life and impact will be remembered for years to come.