A local church is trying to bounce back from a serious theft over the Memorial Day weekend. 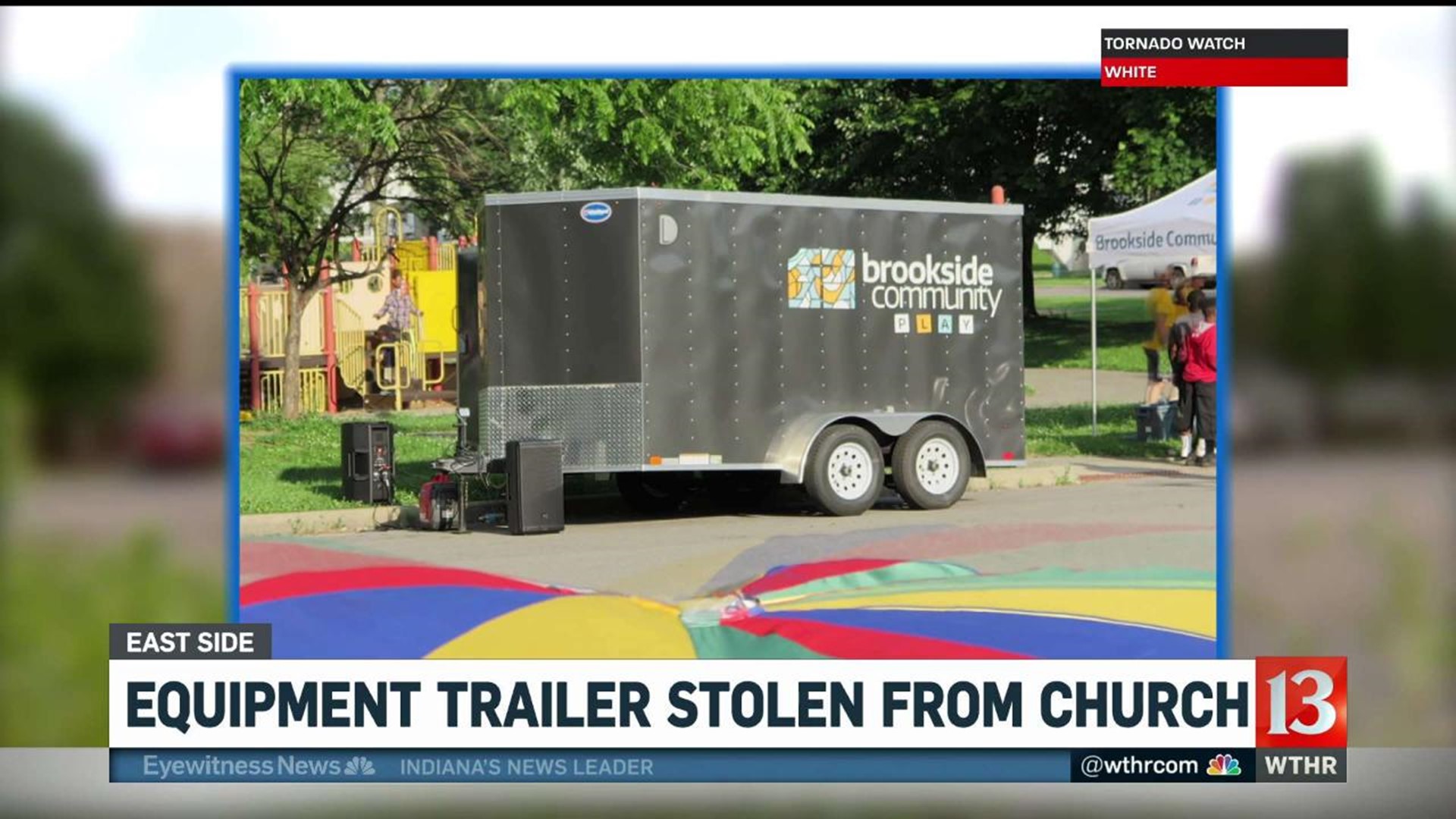 INDIANAPOLIS (WTHR) – A local church is trying to bounce back from a serious theft over the Memorial Day weekend. When they arrived for services Sunday they learned a thief had hit them with a huge blow.

“It was like a punch to the gut ya know,” said Andrew Neal.

That is how Andrew Neal felt Sunday learning someone stole the equipment trailer from Brookside Community Church. He serves as play and development director.

Neal showed Eyewitness News exactly where the trailer was left parked and locked for months. He also shared in order to keep people from removing the trailer one of the wheels even had what’s known as a "boot" lock on it.

He believes the missing trailer would be easy to spot because it has their name all over it. He suspects whoever took it targeted the expensive gaming equipment inside.

“One of the employees called me and asked if I had moved it and at that point we knew something was wrong," Neal said. "It had about 20 thousand dollars worth of equipment in it. A portable soccer pitch that we imported from England that we set up for the kids."

The kids have able to enjoy the play equipment every summer at Brookside Park. The church holds play time every Tuesday and Thursday in June and July. Families are invited to enjoy the games at no charge.

So, the thieves didn't just steal from the church. Neal stressed there is nothing brave about stealing yet alone from a church program to help children.

“Whoever did this is a coward. When you steal from kids,” said Andrew Neal, “It's a pretty cowardly move."

The church started a GoFundMe account to replace the stolen equipment. Memorial Day the account had already reached $3,300 of it’s $20,000 goal.

If you have any information that could help in any case call Crime Stoppers at 317-262-TIPS. All calls to the Crime Stoppers Tip Line are 100 percent confidential and if your tip leads to an arrest you will receive up to $1,000 in reward money.