Chesterfield man recalls Woodstock: 'One of the most bizarre weekends of my life'

50 years ago Thursday, tens of thousands of people were arriving in upstate New York for a three-day music and art festival. 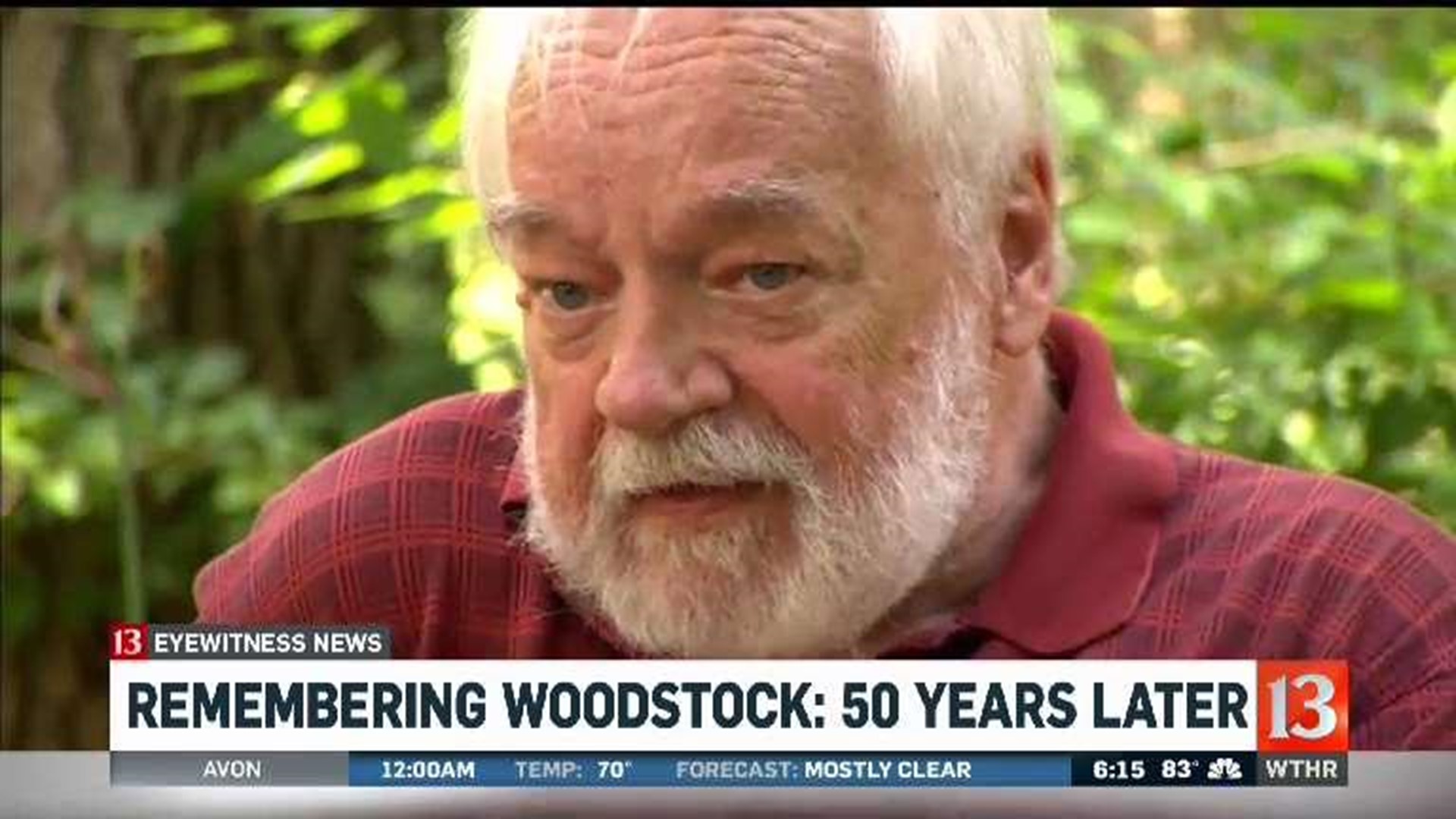 INDIANAPOLIS, (WTHR) — Fifty years ago today, tens of thousands of people were arriving in upstate New York for a three-day music and art festival.

David Allen, a retired journalist who now lives in Chesterfield, was among them. He has a handful of pictures from that distant weekend and a lot of indelible memories.

"I would say I was really taken with Jimi Hendrix and (his rendition of) The Star Spangled Banner," he said.

Allen was 21 years old, had just come out of the Navy when a friend asked if he wanted to go to the concert.

So he got in his friend's old Blatz Beer van and headed north, along with Allen's then-19-year-old sister and 17-year-old brother.

Allen said he expected, "a three day love-in concert, nothing big or major, and it turned out be really bizarre, probably one of the most bizarre weekends of my life."

He came for legendary musicians like The Grateful Dead, The Who, Janis Joplin and Jefferson Airplane, among a long list of headliners.

But Allen wound up hearing and seeing so much more, especially as he walked along a trail tagged "Groovy Way."

"It's this wooded area where a bunch of hippie entrepreneurs were selling all kinds of beads and weed and drugs and whatnot," he recalled, adding he then "found a way to a lake where people were swimming naked and heard the screams of people tripping out on bad acid in tents."

"You weren't afraid, everyone was cool, just natural. People were helping people out," he said.

But with the rain, it was also a muddy mess. A clip of his sister, who then called herself "Sunshine," wound up in a documentary on Woodstock.

"In the famous rain scene, where everyone is hunched down and crouched over, trying to get out of the rain, she's (smiling with her arms outstretched) going 'awhhh,'" he said.

Allen also played a bit role. He was part of the "famous rain chant" heard in the documentary. Turns out he was in a trailer with the sound crew when his friend starting tapping on a bottle and others began chanting "peace, peace, peace."

And then just before Santana's Soul Sacrifice kicks in, "my kazoo is there. I madethe documentary. My kazoo did, but never got credit," he laughed.

He said he'll mark the 50th anniversary the way he does every year.

"I usually watch the movie again and point out to my kids 'OK, here's the kazoo. Come on, here it is,'" he said. "I just look back and say 'that was cool. It was a lot of fun.'"