Daleville Schools are taking the next steps to revoke charters for two embattled virtual schools. 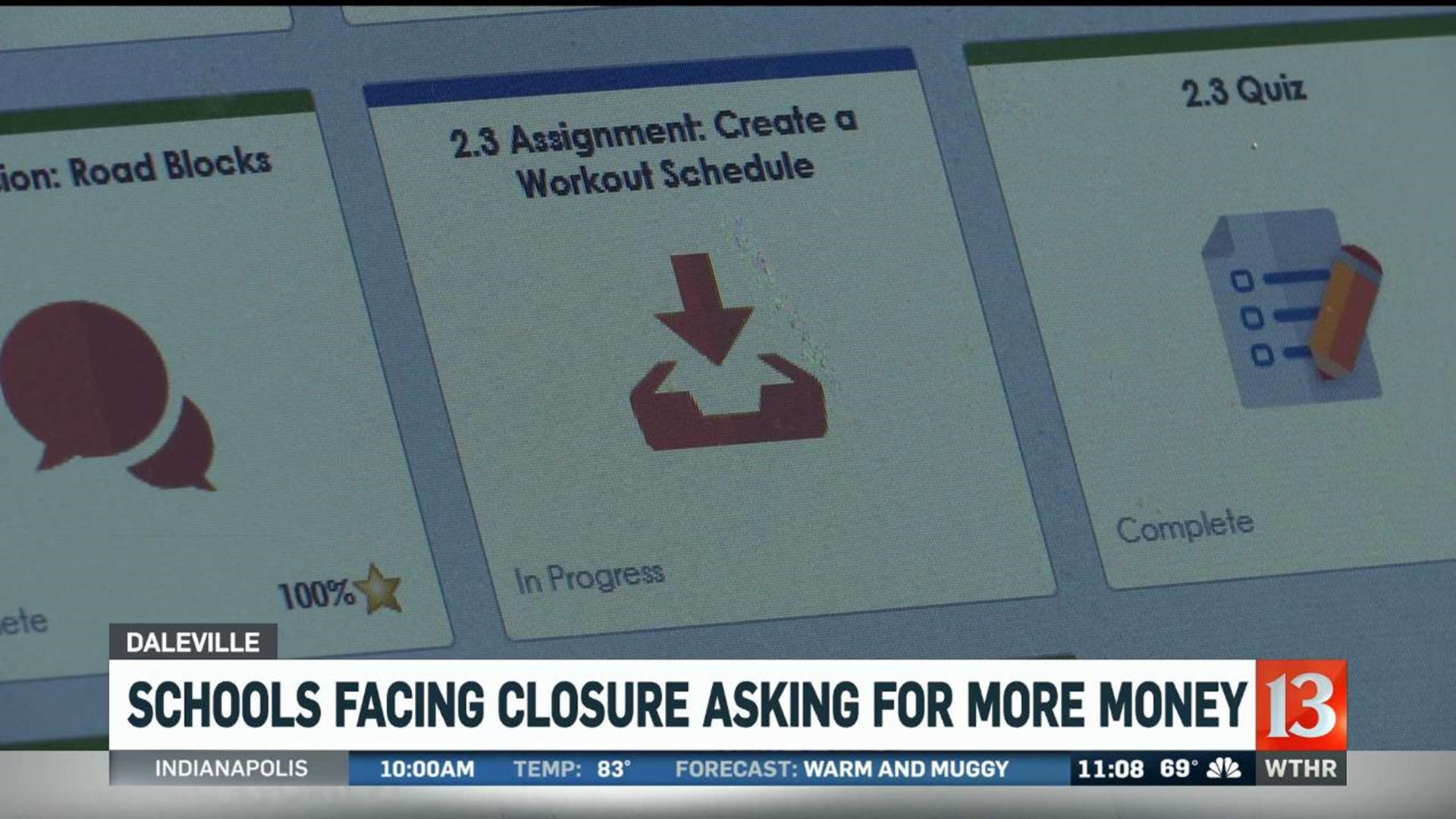 A lawyer for Indiana Virtual School and Pathways Academy" is asking their sponsor, the Daleville school board, for $50,000.

They say the money is needed to allow students to get their transcripts.

The board is scheduled to vote to revoke the schools charters next week. If approved, the schools will close in September.

As Eyewitness News has reported, the online schools are accused of lying about student enrollment and taking millions of dollars in state money they shouldn't have.

On August 26, the board is expected to vote on whether to go through with revoking both school charters.