'We cannot wait to see everybody' | Charlotte Pride to hold in-person parade, festivities through 2021

Scratch 'Pride Week' in Charlotte. This year, there will be a 'Pride Season.' After it was canceled in 2020, organizers and businesses are excited about its return. 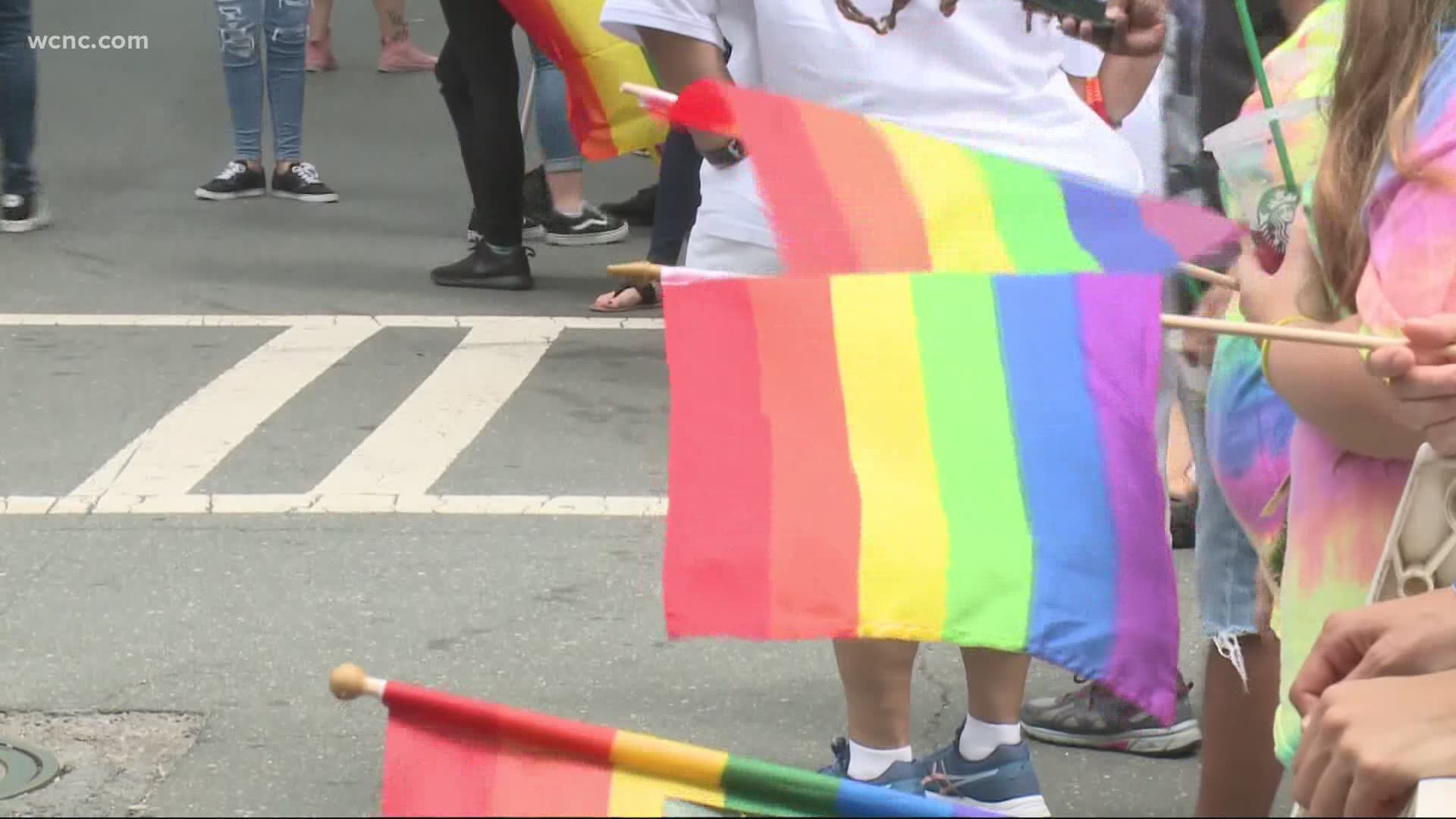 CHARLOTTE, N.C. — One of Charlotte's biggest weeks is turning into a season as Charlotte Pride plans to restart in-person festivities including its parade in October.

"We cannot wait to see everybody this August through November for what we are calling 'Charlotte Pride Season,'" said Matt Comer, the communications director for Charlotte Pride.

In a press release, the organization said it plans to have in-person events while still having the option to scale up or scale down the plans depending on how the pandemic plays out.

"Our first priority will always be the health and safety of our community," Comer said.

The decision comes as thousands in the community get vaccinations and restrictions are taken away.

It also comes after a year in which Charlotte Pride was forced to cancel all their in-person festivities in 2020 and move to all-virtual events.

"We are very excited to be coming back in person after missing last year," Comer added.

RELATED: 2020 was supposed to be the 20th anniversary of Charlotte Pride. Coronavirus canceled the celebration.

In 2019, Charlotte Pride week brought in some $8 million to the Queen City according to the organization, but not in 2020 thanks to the pandemic.

Uptown businesses, which have been some of the hardest hit by restrictions due to COVID-19, are thankful to have the event back in action and hopeful it will bring new and old visitors through the doors.

We’ll be following this story tonight at 11 on @wcnc ! What it means for our LGBTQ community, businesses, and city. https://t.co/mqMJMSKZeU

"Every event that we have is so important to continue to put Charlotte back on the map and to let people know we're open and ready for business," said Chris Baliles, the director of food and beverage at Merchant and Trade in Uptown.

"We might even do it on a couple days just depending on how all of the dates end up," Baliles added.

The popular restaurant donates and partners with organizations that help the LGBTQ community, including The Trevor Project.

Some employees also take part in the parade year after year.

"We've had a float in the past, and we hope to do that again," Baliles said.

After more than a year of Uptown being a ghost town, Pride is a boost they've waited for.

"It'll be just like the old days, so we'll be very very full," Baliles added as he smiled.

The streets will be full, too, with thousands taking pride in who they are.

"For many people, it might be the first time or only time where they can be together with thousands and thousands of people who are just like them," Comer said.

Charlotte Pride hopes to have an exact date for the October parade in a few weeks.

Below are the scheduled events from August until November: