It may be the season for giving, but some non-profits are feeling the pinch. 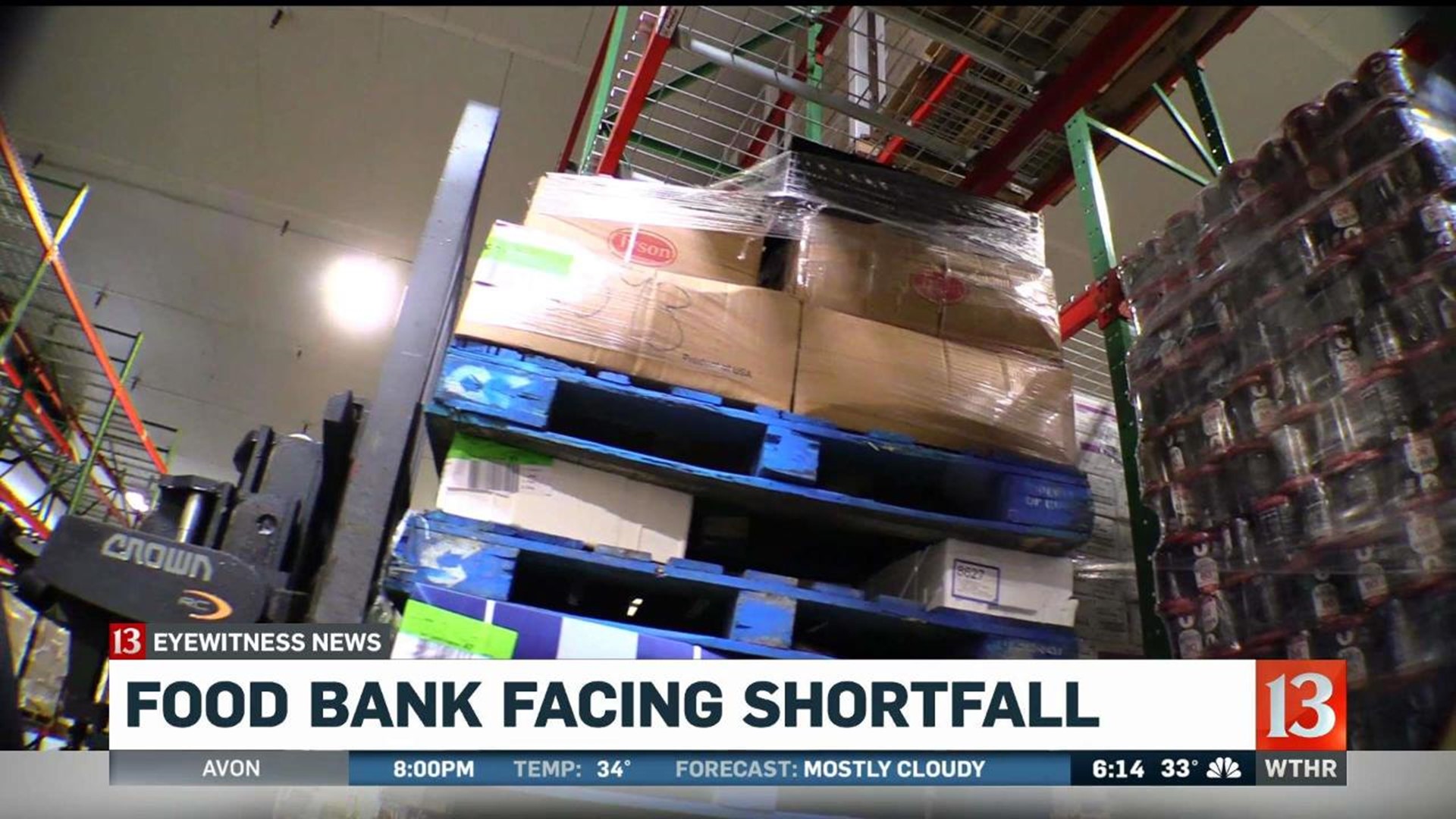 INDIANAPOLIS (WTHR) - It may be the season for giving, but some non-profits are feeling the pinch.

Gleaners Food Bank, the largest food bank in Indiana, is one of them.

She said donations are down more than a half-million dollars and less money, means less food for those in need. She stressed "shortfalls for us now means shortfalls for (the agencies we serve) later and it's a very difficult to dig out of a hole this size if we don't make it up now."

Estell points to changes made to the tax law last year which made it tougher to itemize.

"We have seen the standard deduction greatly increase for families who itemize, so those middle-level givers that are the backbone of our giving, people who may have given $1,400 a year or so, or less, may not be itemizing this year, may not have the tax incentive to make a charitable donation," she said.

Eyewitness News reached out to several other organizations including the American Red Cross, which shared this statement: "The American Red Cross is disappointed that the new tax law did not contain a universal charitable deduction available to all taxpayers, whether they itemize or not. With the increase in the standard deduction, we are concerned that fewer taxpayers will be taking advantage of the charitable deduction. And, even though we don't have any estimates of its impact at this time, this is certainly a focus for us this year."

A spokesperson for United Way said it was still early in their giving season and that company campaigns don't end until spring. She said United Way’s report on total giving won’t be released until the close of the fiscal year on June 30th.

Goodwill of Central and Southern Indiana reported that donations were actually up slightly over last year, with the biggest rush now thru December 31st.

Goodwill CEO Kent Kramer said, "This is a crazy, busy time and we're geared up and ready to take donations.”

But Kramer also said most donations aren't cash, they're clothes and household items people no longer need or want... items Goodwill resells to fund its programs.

"Giving to Goodwill, you can be green. It's a reuse, recycle type of environment as well as convenient... You feel good about giving versus throwing something away," Kramer said noting, "historically, only about half the individuals who donate to us ask for a receipt."

One man who asked for a receipt after dropping off a donation said he won't be using it to itemize.

"Now it's just the standard deduction, it doubled, so it won't matter," he said.

As for his donation? “It’s stuff my wife wants out of the house,” he laughed.

Back at Gleaners, Estell said they'll be working thru New Year's Eve not just to move food, but to encourage last-minute year-end donations. And it won't stop there.

"We would like to see some incentives return for charitable giving," she said. "Most people give for the right reasons but that little extra boost can be the difference between the size of a gift or making a gift now or later."