Indiana has 14 Safe Haven Baby Boxes, including one at Carmel Fire Station 45. 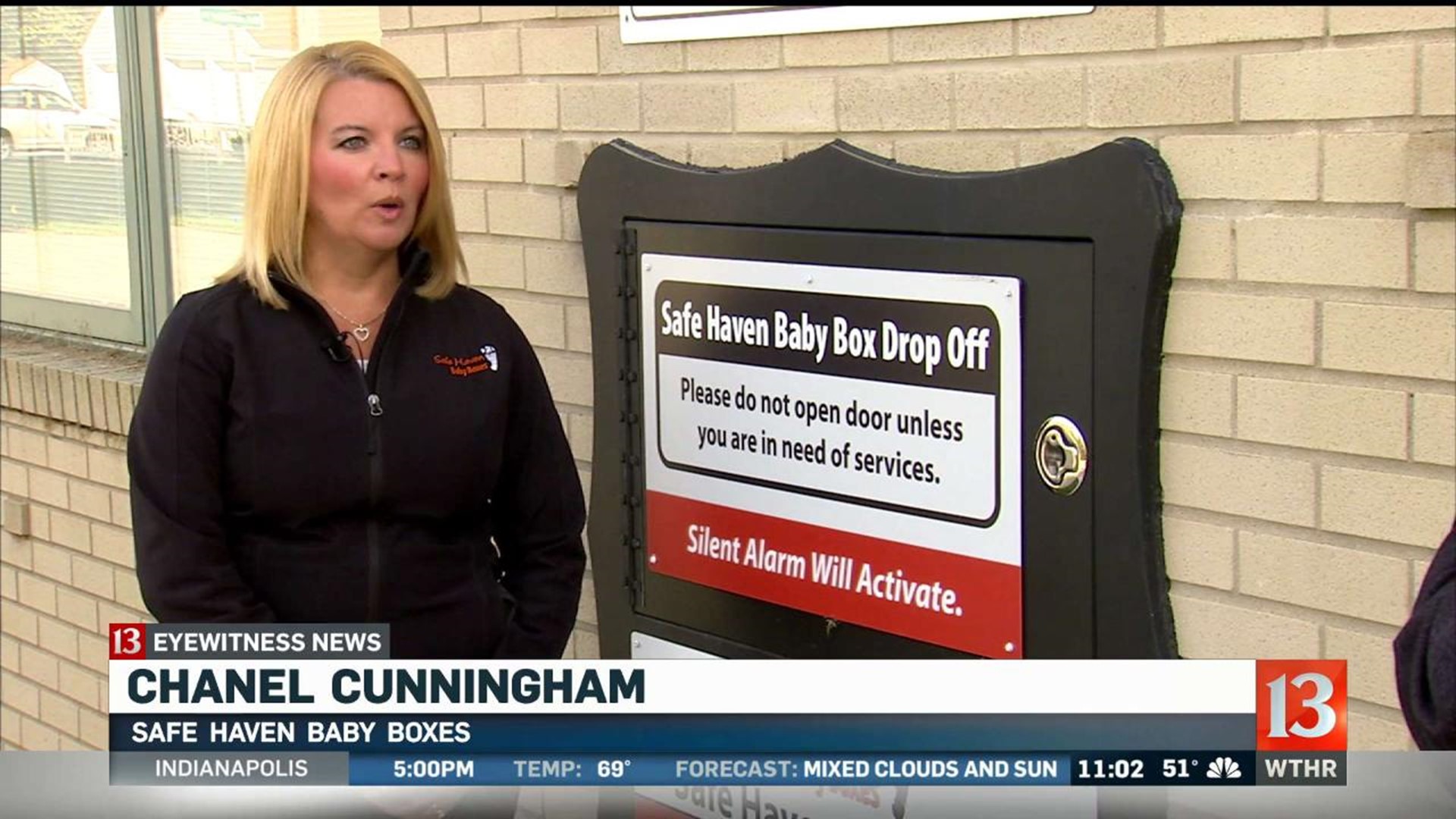 INDIANAPOLIS (WTHR) — The nonprofit organization trying to save innocent lives with Safe Haven Baby Boxes wants to remove barriers that are preventing them from helping others.

Administrators are concerned that the person who abandoned a baby in Seymour this week didn't know there was a safer option nearby because they don't speak English.

Seymour dedicated its Safe Haven Baby Box with fanfare and great expectations five months ago. But last week, just a mile away, a crying newborn was found discarded in a plastic shopping bag.

Police believe the infant girl is Hispanic. All the information on the baby box is printed in English.

"I'm afraid something like this could happen again," said Chanel Cunningham, who helps administer the program. "We could have an abandonment that is due to a language barrier."

Indiana has 14 Safe Haven Baby Boxes, including one at Carmel Fire Station 45. Parents can leave a newborn infant without names, questions or criminal charges.

The group became aware of the language problem last month. It began the process of printing signs, brochures, billboards and other materials in Spanish.

It's a process that's being accelerated after what happened in Seymour.

"We are going much faster," Cunningham said. "We are trying to roll this out much faster now."

Linda Znachko founded He Knows Your Name, a group with a mission to name and properly bury abandoned children who don't survive.

"How do we help our neighbors understand the law?" she said.

"I thought you are helping the people we are trying to serve," she said. "If you don't know this, how can we expect people to know."

Promoting Safe Haven boxes in Spanish could be a big first step.

"I am hoping we can reach an area we thought was already being reached," Cunningham said.

The changes will cost thousands of dollars. The nonprofit organization isn't certain where the money will come from. With young lives in jeopardy, it is moving ahead to ensue more people understands Safe Haven.

At last check, the Seymour baby is said to be healthy and doing just fine.

The Carmel Fire department offered to pay the bill for putting new English and Spanish signs on its baby box.