Instead of the typical 40,000 meals, The Mozel Sanders Foundation will prepare 10,000 this Thanksgiving because of limitations. 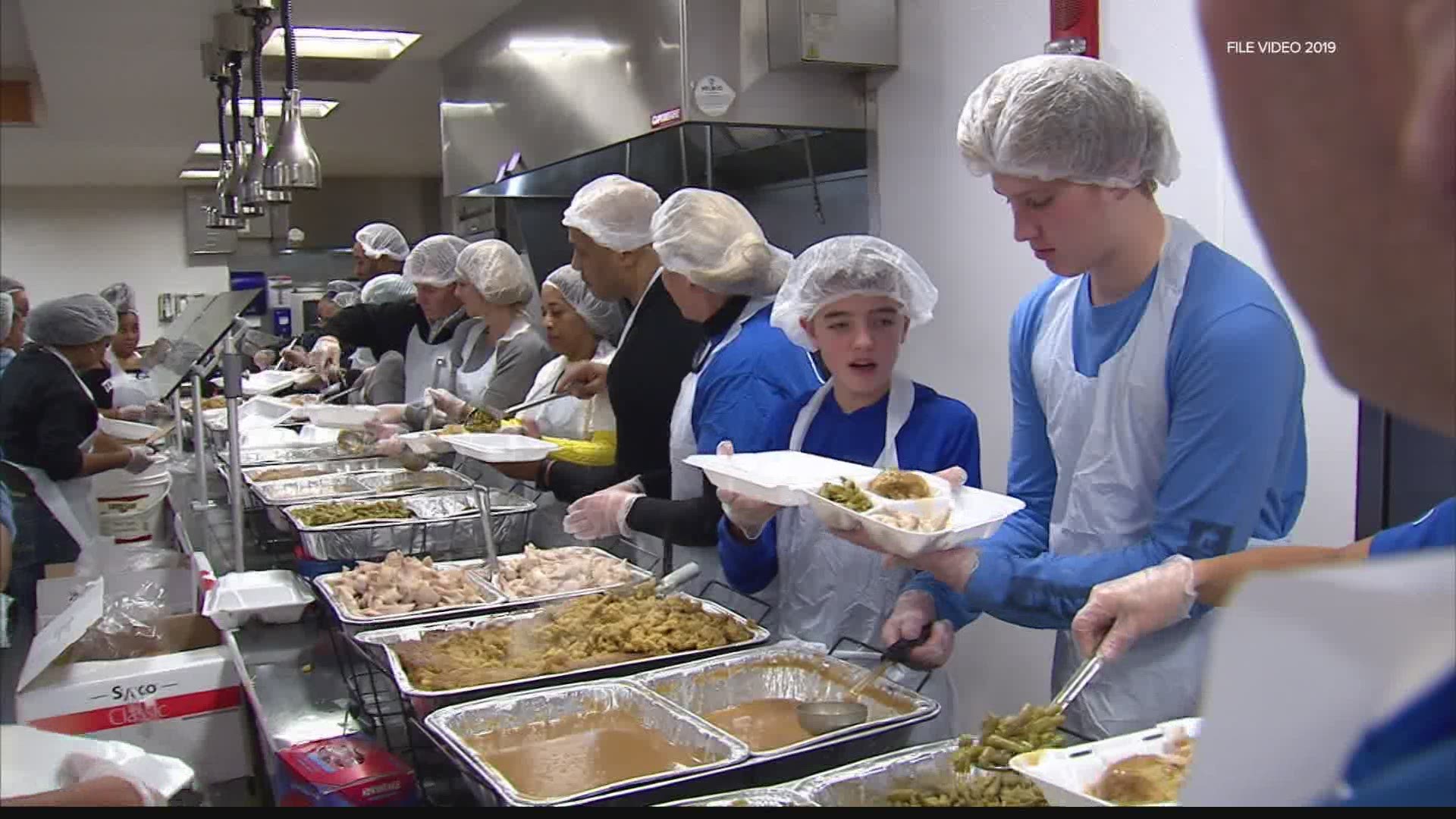 INDIANAPOLIS — The Mozel Sanders Foundation has been serving up Thanksgiving Day meals for those in need for 48 years and it's not about to stop now, even with the pandemic.

But COVID-19 health and safety concerns have forced the non-profit to scale back.

Dawn Jones, a spokesperson for the foundation, said instead of the typical 40,000 meals they will prepare 10,000 this Thanksgiving.

"We understand the needs are so much greater, but we're limited. It's frustrating, very frustrating for us," Jones said.

For the past 17 years, Butler University has offered the large kitchen in its student union for the bulk of food preparation, but this year that's not possible because of the need for social distancing.

"We can't go to Butler because of the close proximity," Jones said. "There may be inches of separation in the kitchen."

As a result, the foundation reached out to restaurants, churches, and other organizations to open their kitchens for meal prep.

So far, they have 13 sites, each providing anywhere from 200 to 1,500 meals. Roberts Park Methodist Church and Grindstone Charley's have also partnered with the foundation to prepare more than 1,000 meals.

Jones said they're still in need of another eight sites and are optimistic those sites will be lined up before next week.

She said even though they've had to cut back, they were determined to provide as many meals as possible.

"That's how we are at Mozel Sanders. Give us an obstacle and we're going to overcome it," Jones said. "Especially in our 49th year, to just say, 'Oh no, COVID, sorry,' we can't do that to the community."

If you would like to help the Mozel Sanders Foundation raise money this year, you can buy a bottle of their barbecue sauce for $15. One-hundred percent of the proceeds goes to feeding the hungry. You can either buy it on their website or at 10 restaurants in the Indianapolis metro area.