Suspensions and other disciplinary actions are being handed out as educators try to keep vaping out of Indiana schools. 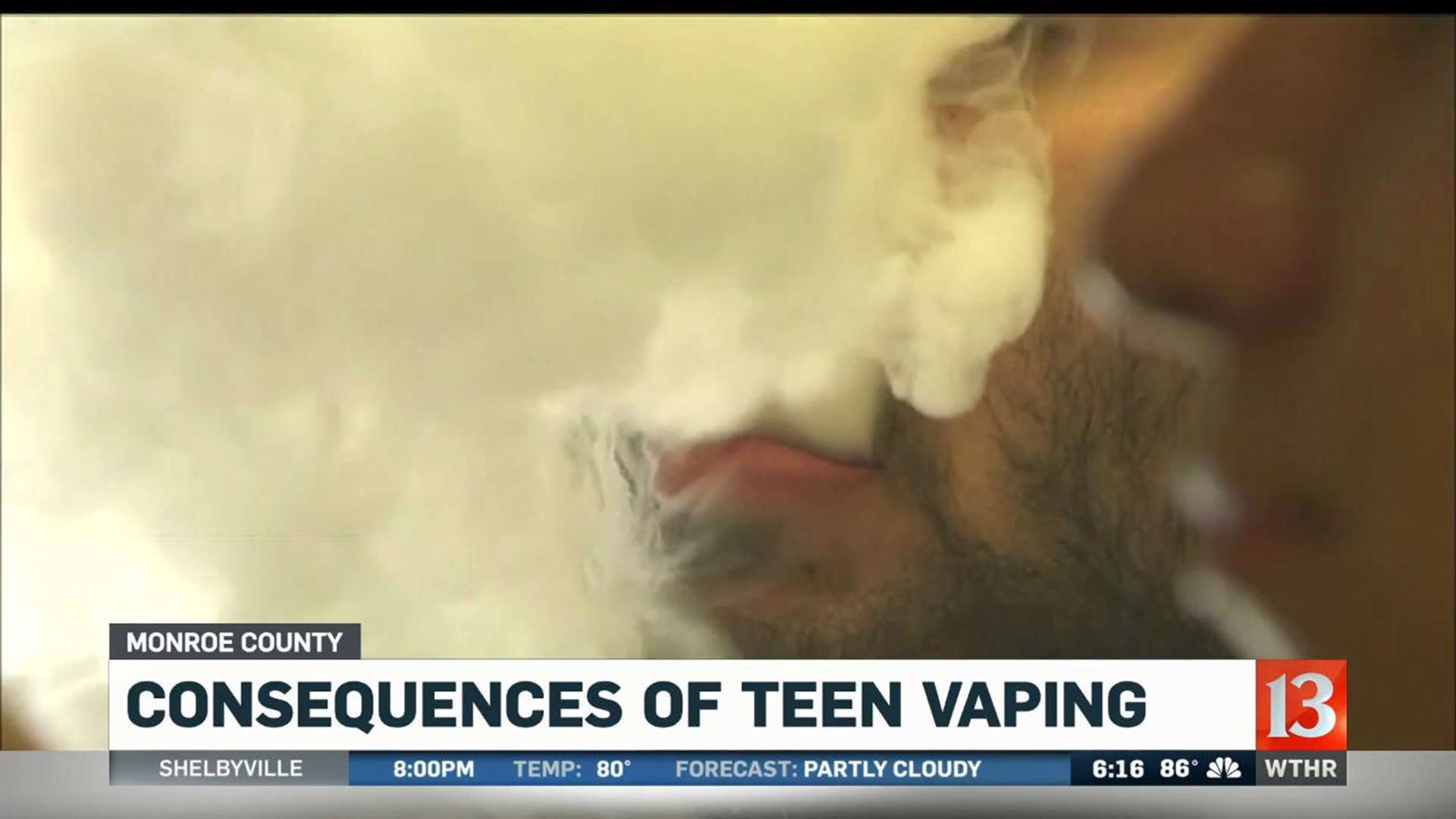 "Vaping has no scent," said David Ackerman, principal at Edgewood High School. "Students can go in the bathroom and sit in the stall and vape and we don't really know it,"

Leaders have been cracking down, punishing students with a 3-day suspension if they're caught with tobacco, a vaping device or smoking an e-cigarette. A harsher punishment is often issued for those participating in extra-curricular activities.

"The punishment for extra-curricular activities was they had to sit out 10 percent of their season," said Ackerman.

He said students who chose to take an online cessation course would be exempt from that 10 percent.

"We realized students were rolling the dice thinking, well if they get caught then they'll just watch the course and not pay the 10 percent," Ackerman told Eyewitness News.

That penalty, along with requiring a cessation course, was reinstated this year.

Piovesan says he encourages his friends not to vape.

"If you get caught you could ruin your future, relationships with your friends, your family, a lot of trust. You could lose a lot," said Piovesan.

A second or third offense will cost a student a longer suspension.

"If you're already addicted I would love to help you get off of that because we have no idea what that's going to do to you," said student Jonathan Rosemeir.

Piovesan says since the school's vaping plan was updated, he's noticed a change.

"I've seen the bathrooms are way more cleared out during lunch," said Piovesen.

Eyewitness News contacted a number of central Indiana school systems to see how they are responding to vaping on school grounds.

TAP HERE TO SEARCH THE RESULTS OF THE SURVEY.