There are restaurants all over central Indiana giving away free food to those in need during the coronavirus pandemic. 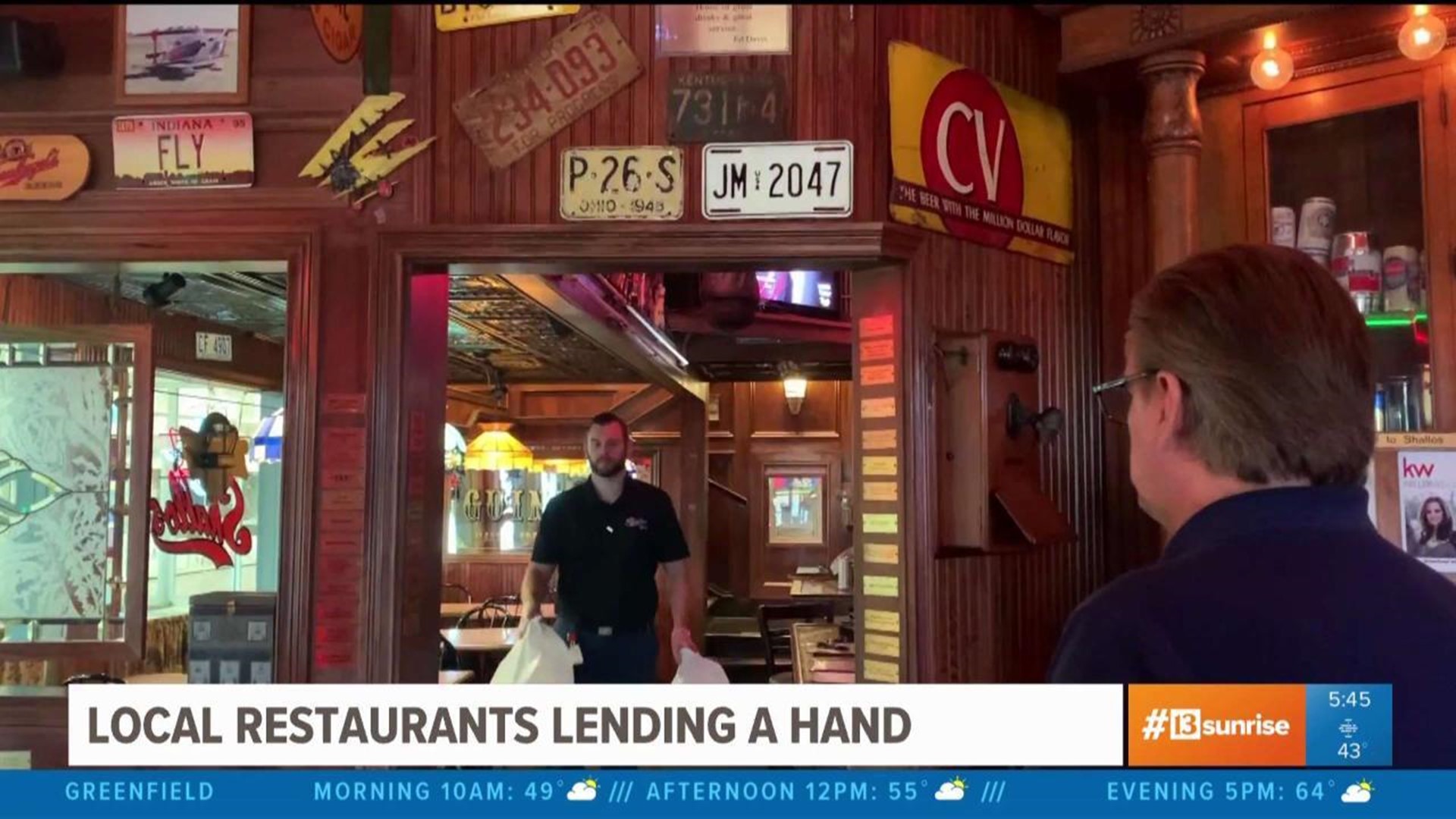 INDIANAPOLIS (WTHR) — There are restaurants all over central Indiana giving away free food to those in need during the coronavirus pandemic.

On the south side, Shallo's, Between the Bun and Richard's Brick Oven Pizza are all doing what they can so that we can all get through these tough times.

"We created a soup kitchen," Paul Zoellner, owner of Shallo's in Greenwood, said. "The day after we had to close down, we decided to create a way anybody in need can come in. We are as discreet as possible. Come in. Grab soup and bread, and we'll feed you! And, you know, we'll help out as much as we can."

"It's been overwhelming," Zoellner said. "It's the support, not just those for who are in need, but as well as those who just want to contribute, coming up and donating money to the soup kitchen. It's just been tremendous. I never would've thought it.”

Scott Sims, the owner of Between the Bun, off State Road 37 and Southport Road, is giving away free food to members of the medical field.

Sims said he's showing appreciation to those who are putting themselves in danger on the front lines. "I am trying basically to help them and take care of some of their needs by offering a free meal when they bring in their badge. They can pick a day to come in and get a burger, a hot dog or a couple of our chicken soft tacos with a side of fries."

Sims is passionate about the fact that this is a well-deserved tribute to the medical community.

"I think they're under-appreciated. I think that nobody takes into consideration the extreme peril that they're putting themselves in," Sims said. "I just think it's the thing to do to take care of the people who take care of us."

Richard's Brick Oven Pizza in Franklin has started a community kitchen. Every night, the restuarant is giving away specially prepared food to those in need, and the response has been through the roof.

"We're still open for service out the front door selling pizzas, and we have a line at the back door picking up the free food, and oftentimes, the people that are picking up the pizzas are handing money over to help fund the free food initiative," owner Richard Goss said.

"We've fed about a dozen people the first night," Gross said. "Then, the word start getting out, and we tripled that the second night. The third night, we're over 100, and now we're averaging over 200 every night. More than once, we've seen tears. These people really are desperate, a lot of them."

Gross thinks this an example of Hoosiers being their best.

"This is what Hoosiers do," Gross said. "We look out for our own."