It happened again. Someone swiped my photos on Facebook and is using them as bait for a "catfish" scam. 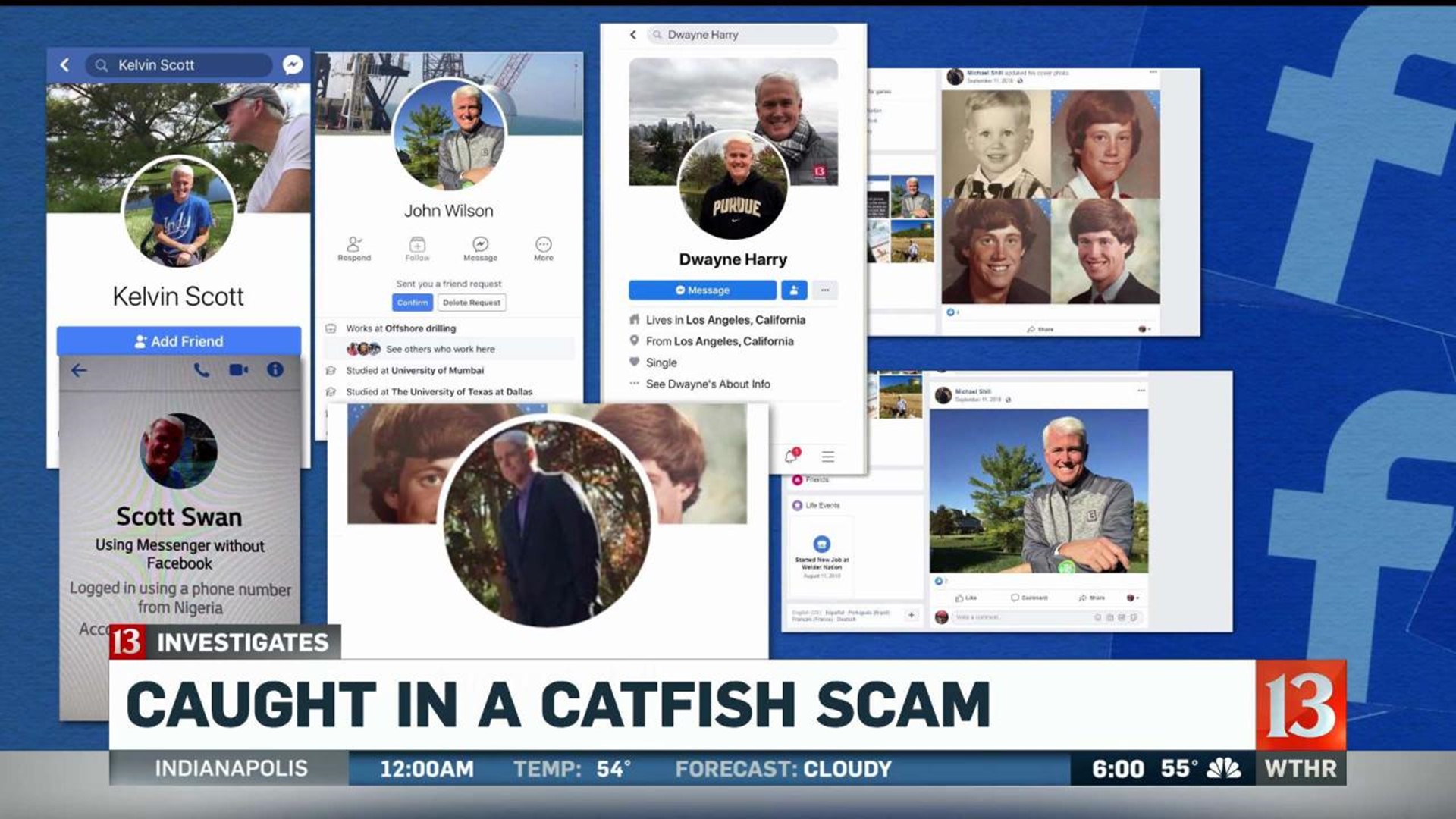 Someone swiped my photos on Facebook and is using them as bait for a "catfish" scam.

This recent scammer used pictures of me and my late father to create a Facebook account under the name "Michael Shill."

This person claims to be a native of Frankfurt, Germany who now lives in Brooklyn, New York. The Facebook bio says that he works as a pipe welder at a company called Welder Nation.

I learned of this latest scam from someone on Facebook messenger.

A woman reached out to me and told me her mother was a catfish victim. I learned that her mother sent "Michael Shill" Apple iTunes gift cards because "Shill" claimed he couldn't get ahold of his bank account.

My heart goes out to this woman and the others who are falling for similar scams.

WTHR viewers have told me about other scammers using my personal photos to set up fake Facebook accounts.

The scheme is always the same. They seem to prey on women, often using romance to start a dialogue. The scammer mentions they need money and convinces the victim to send cash, gift cards or expensive gifts.

Earlier this year, I reported about a 80-year old Oklahoma widow who fell for a similar "catfish scam" from someone who used my pictures as "bait."

MORE: A new way to Catfish: Use a news anchor as bait

And just this week, Adams reached out to me on my public Facebook page with an update to that story: "James has tried to get me to respond to him again by using pictures of you while you were in Japan," she wrote on my profile. "He's tried a few times even calling me on my landline because he's blocked on my phone. I did not want to tell you because I just want it to stop and did not want to bother you with this anymore."

Adams told me that he calls her in the middle of the night. The profile he's communicating from is new but still with my photos. The old profile was reported to Facebook and taken down.

So here's my warning.

Please be careful who you “friend” on Facebook and resist the temptation to send anyone money that you don’t really know.

To report the scam

Victims can report catfish scams involving money or gifts to the FBI.

Betsy DeNardi, with the Consumer Protection Division of the AG's office, recommends scam victims file a police report or contact the FBI. The Indiana Attorney General's office has a website to submit complaints. Scam victims can also call 1-800-382-5516 to get questions answered or have the consumer complaint form mailed to them.

To read how to figure out if the person you're talking with is a "catfish," click here and scroll to the bottom of the page.