In Cass County, every single school is about to get new high-tech protection for students, thanks to the Cass County Community Foundation. 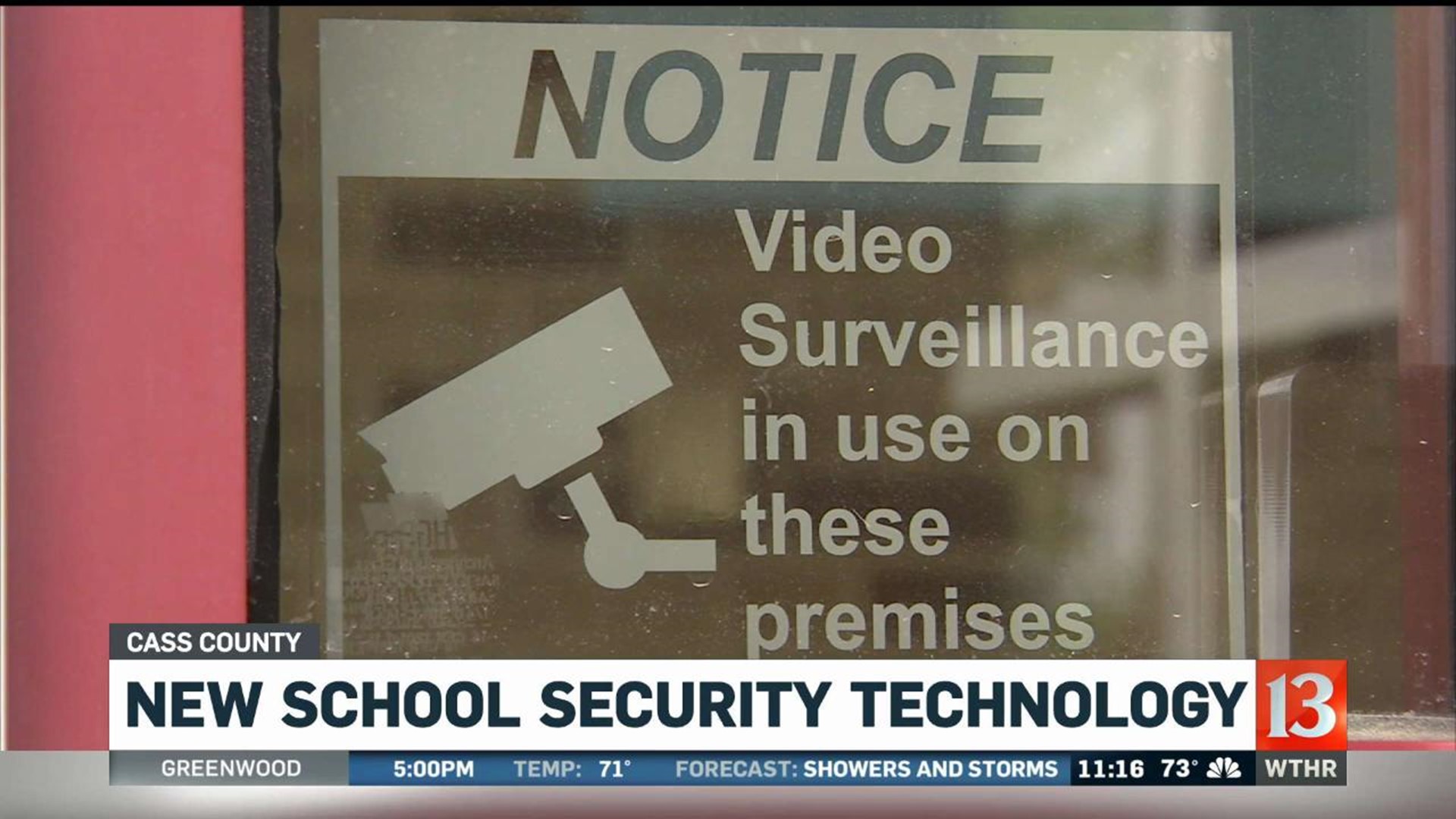 LOGANSPORT, Ind. (WTHR) - In Cass County, every single school is about to get new high-tech protection for students, thanks to the Cass County Community Foundation.

With school budgets tight, the community foundation decided the entire county needed added security and announced it paid for improvements at all 14 buildings.

Teachers and police are about to train on that new technology from a Texas-based company called Raptor Technologies, to keep students safe and keep danger outside of school halls.

And the timing of the announcement Wednesday is sadly appropriate, with images of frightened young faces emerging from yet another school shooting, this time Tuesday in Colorado.

"When we have an event like yesterday, it all becomes fresh again," said Logansport Junior High School Principal Jeff Canady, who also serves as safety specialist for Logansport Community Schools.

"Your biggest fear as a parent or grandparent is something happening to your child and getting that call," said Cass County Community Foundation President and CEO Deanna Crispen.

That's why the Cass County Community Foundation is paying for all 14 schools to get security upgrades. Crispen said Raptor Technologies cut them a deal on the cost, since it's countywide. When asked, she would not disclose the exact amount they paid for the system, just saying it was "in the thousands." She also says there's a $1,200 annual maintenance fee.

Here's what will change: new this fall, visitors will need ID s for a card reader to get past the office.

"And then that system checks people's identification against national sex offender registry and any kind of criminal history check," Canady explained.

It can even prevent problems with child custody issues and who is authorized to pick up a student.
Plus, a new app on phones will let certain members of school staff start a lockdown, sound an alarm or call police and fire in a crisis. The app will let emergency responders know which door to enter, where to find the threat and how to get kids out and back with family - fast.

"So that they when they leave the fire station or wherever they're at, they have it at their fingertips," Crispen said. "They'll have floor plans, escape plans, reunification plans. There was an incident in Texas two weeks ago and had to evacuate because of a Hazmat situation. (Because they had this equipment) the longest it took a parent to their child was a minute and 20 seconds. That's important to me."

"It's integrated. All the elementaries, the middle schools, everything," said Logansport Police Chief Robert Smith. "It's a one-touch process where it shoots out if they have a problem."

A problem Cass County hopes it never has, but one it feels more prepared for, now.

Families can expect the new protocols to take effect by fall.