Rescuers risked their lives trying to save four young girls from an early morning fire in Flora. The sisters, ranging in age from 4 to 12, died in the fire. 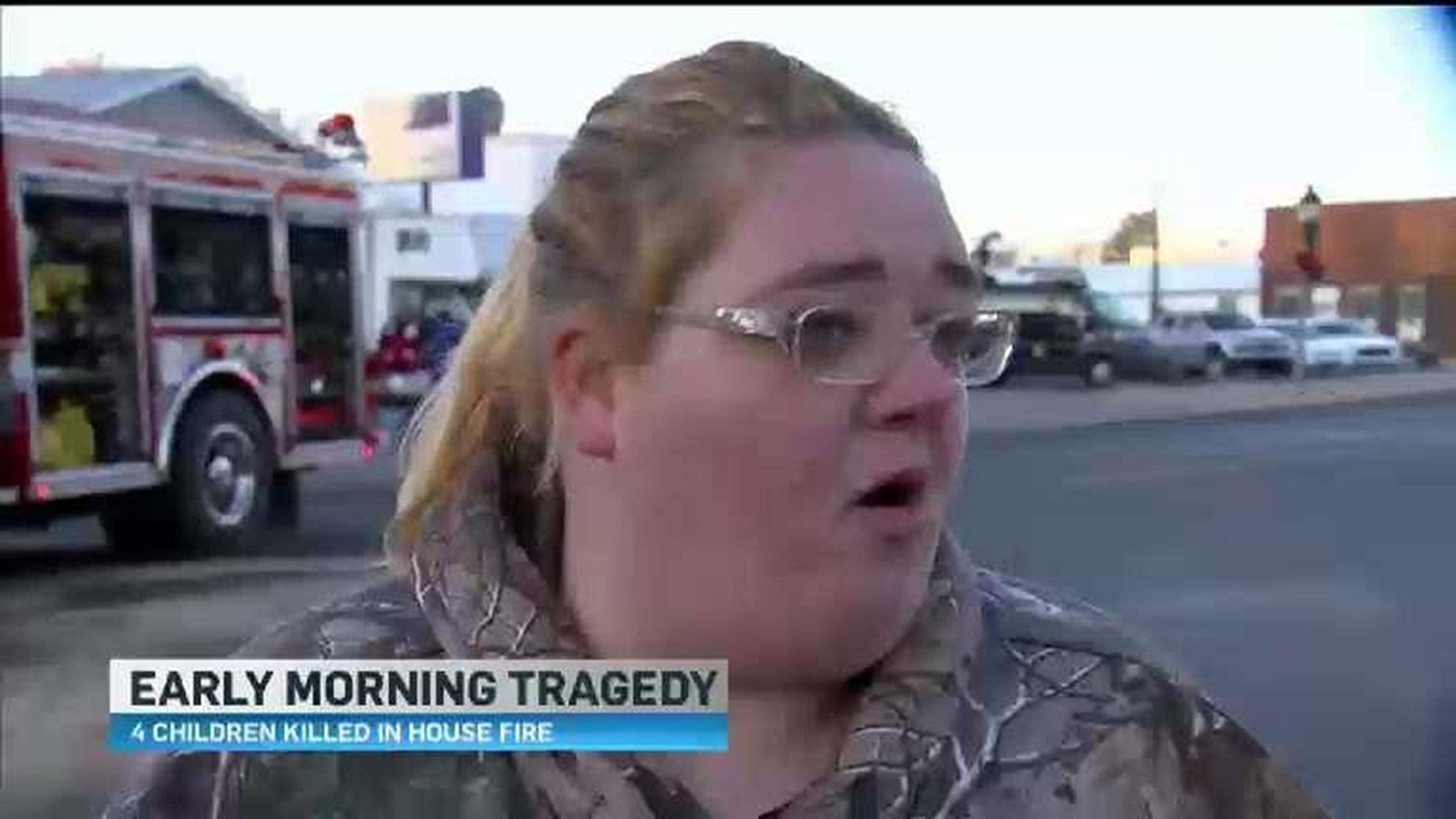 CARROLL COUNTY, Ind. (WTHR) - Rescuers risked their lives trying to save four young girls from an early morning fire in Flora. The sisters, ranging in age from 4 to 12, died in the fire.

The girls' mother was injured, along with two law enforcement officers who tried to save the girls.

Investigators say they still don’t know what caused the deadly fire at a duplex on East Columbia Street. According to a source, they are focusing on the home’s electrical system.

Neighbors say they saw the smoke then heard the screams. Chasity Fox described a mother hollering for someone to save her babies and then the children yelling back.

“It is going to have an impact on the community forever," she said “I am always going to have the screaming in my heart and my mind. We were all praying on our front porch and praying God would just help and move and the children out and I guess God had other plans.”

At 3:30 in the morning, the house was in flames. Two lawmen went in, trying to save the children. One nearly died.

Sheriff Tobe Leazenby spoke with Eyewitness News about Disinger's quick actions. If it hadn’t been for him, “I honestly would hate to think of the outcome," The sheriff answered.

As of 8:30 p.m. Monday, Deputy Yoder was still in the burn unit. Authorities said doctors aren't worried about the burns on his face or hands - those look good - so much as the respiratory burns. Sheriff Leazenby said the next 24-48 hours are crucial.

Ofc. Disinger was released from the hospital.

Local and state fire investigators labored most of the day searching for exactly where and how the fire started. State Fire Marshal Jim Greeson inspected the scene himself and consulted with investigators. Nothing jumped out at them.

“We are taking each of the rooms and looking at them independently to look for all possible causes," he said.

The four children, all sisters, ranged in age from preschool to the 6th grade.

An unimaginable loss for any community is an unbearable tragedy for a community of just 2,000 people.

“These are beyond community crushers. It’s not just this small town of Flora. It is the whole county," Jackson said.

A group counseling session was scheduled for Monday night for first responders who fought the fire together, joined together again to wrestle with their grief.

Greeson praised the efforts of the police officers who tried to rescue the children.

"I want to thank those two police officers who risked their lives to try to save these four children, and that mother, and get them out of the house. I know they risk their lives daily in what they do, but today and this morning, above and beyond the call," said Greeson, who also thanked local fire departments.

Investigators with the Indiana State Fire Marshal, which is part of the Indiana Department of Homeland Security, will continue the investigation.

There is no suspicion of foul play at this point, according to investigators. K-9 units were brought in to search for traces of accelerants and none were found. One working smoke alarm was found in the house.

There is no time table for when a cause will be determined. The names of the deceased are not being released at this time pending definitive identification and notification of next of kin.

We just talked with a neighbor who said she'll never forget the screams she heard from mother and children during fire. @WTHRcom

The school district canceled activities for the week and will provide counseling for anyone who needs it:

All activities, other than high school practices in keeping with IHSAA requirements, have been canceled for the week.

Anyone needing support is encouraged to talk to the counselors and clergy that will be available at Carroll Elementary, 105 S. 225 E, Flora.

There is no additional information the district can share at this time, but we ask for kindness and prayers for the family and community.