Carrier has announced plans to relocate its Indianapolis operations to Mexico by 2019, affecting roughly 1,400 jobs. 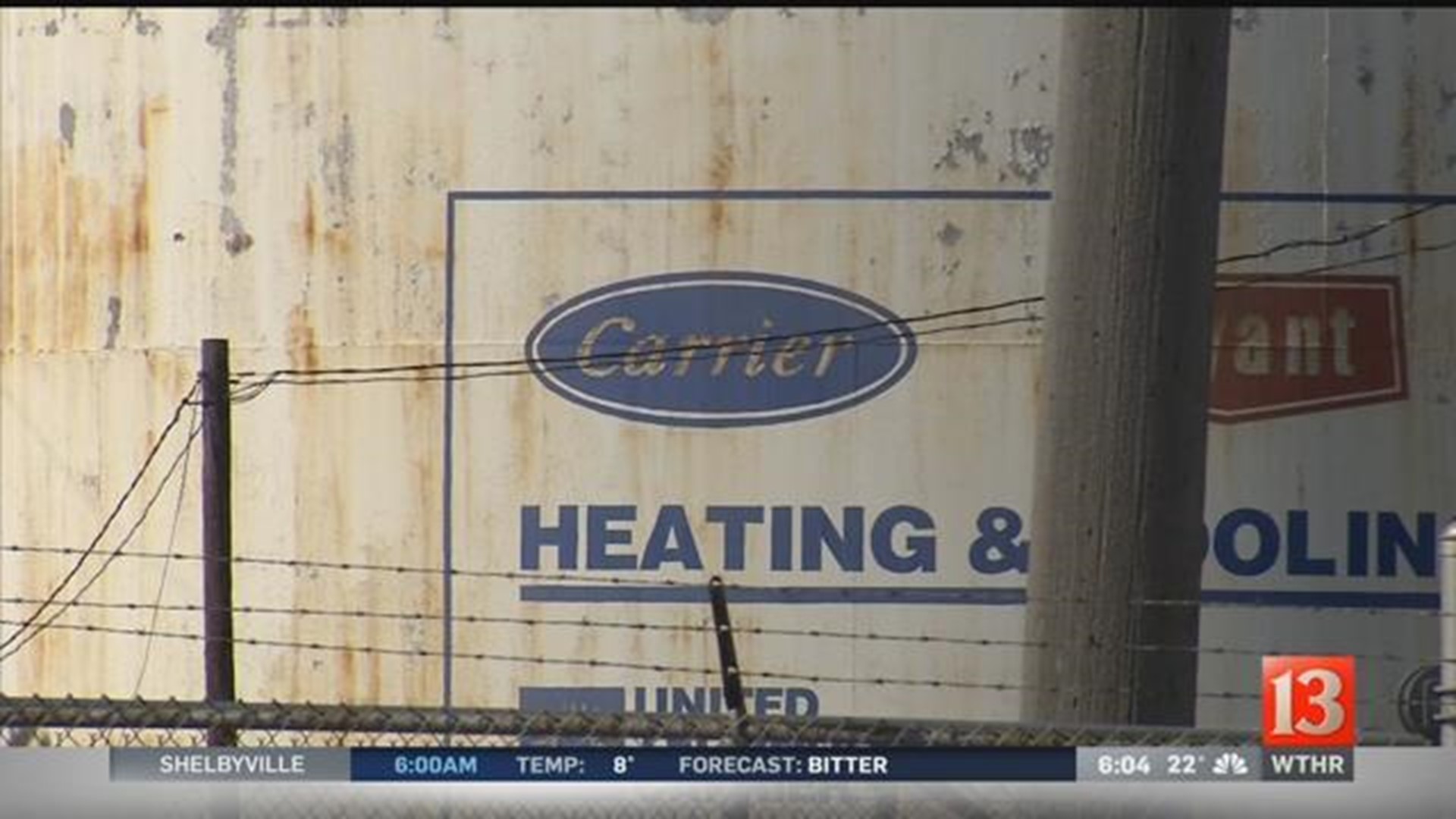 Carrier has announced plans to relocate its Indianapolis operations to Mexico by 2019, affecting roughly 1,400 jobs.

Carrier manufactures furnaces at a facility on W. Morris St. in Indianapolis. The company plans to relocate over the next three years in three phases.

United Steelworkers 1999 employs about 1,300 members at the Morris Street Carrier plant. Chuck Jones, president of Local 1999, tells WTHR that employees were notified Wednesday morning about the jobs moving to Mexico.

"We did not see it coming. It was a total shock," said Jones.

"We know the reason. They want to become more profitable by exploiting Mexican labor," said Jones.

"This facility is not losing money. If it was losing money, I think these things would be understood better. This company just wants to make more," said employee Robert James.

One Carrier employee with the company 31 years described the move as "a big blow."

While she preferred not to be identified, she said "there was a lot of sadness" and anxiety following the announcement.

"A lot of people don't know what they're going to do," she said.  "These are good jobs. It's been a good company."

Jones said the union hoped to convince Carrier to reconsider.

"It's not just these jobs but the many suppliers that will be affected." he said. "It's going to affect a lot of families. It's a sad situation."

"With my age, it's going to be hard to find another job, because I'm 60 and in three more years, who will hire me?" said Anna Burrus.

Councilor Jared Evans, who stopped by, called the move bad for workers and bad for the west side.

"These people have strong buying power. They get paid $20-25 an hour, so it impacts us in different ways and now we'll have a huge, very large vacant building on the west side," said Evans.

The union is not ready to give up just yet.

"We're going to do all we can in order to keep the jobs here. We might and probably will get a lot of political people involved, including the mayor," said Jones.

The first jobs will be going away in May 2017. Jones says the union will start bargaining for job loss benefits soon. Carrier says some employees may be eligible for its scholar program, which would help pay tuition, books and fees for college education.

Mayor Joe Hogsett said the announcement came without warning and called it "incredibly disappointing. While I am obviously concerned about the economic impact, my top priority is the well-being of the hardworking families affected by this decision. A job lost in any part of our community affects us all, and I believe these are the times we must come together as one city to lift up our neighbors. That is why this afternoon I will issue an Executive Order to create a task force that will convene local, state, and federal resources and direct every tool at our disposal toward supporting these workers in the days ahead."

U.S. Sen. Joe Donnelly (D-Indiana) also issued a statement Wednesday, saying "The announcements about Carrier and UTEC are very disappointing. We have an outstanding workforce in Indianapolis, Huntington, and across our state, and I remain committed to making sure every Hoosier who wants a job has a job. Our office stands ready to assist workers and families impacted by these decisions and to work with local, state, and federal partners."

Chris Nelson, President, HVAC Systems and Services North America, said, "This move is intended to address the challenges we continue to face in a rapidly changing HVAC industry, with the continued migration of the HVAC industry to Mexico, including our suppliers and competitors, and ongoing cost and pricing pressures driven, in part, by new regulatory requirements. Relocating our operations to a region where we have existing infrastructure and a strong supplier base will allow us to operate more cost effectively so that we can continue to produce high-quality HVAC products that are competitively positioned while continuing to meet customer needs. This decision is difficult and we recognize the impact on employees, their families and the community. We are committed to ensuring that our employees are treated respectfully and to working closely with their representatives throughout this transition."