Police say three people, including a suspect, were shot in the Spring Creek neighborhood. There is no known danger to the public. 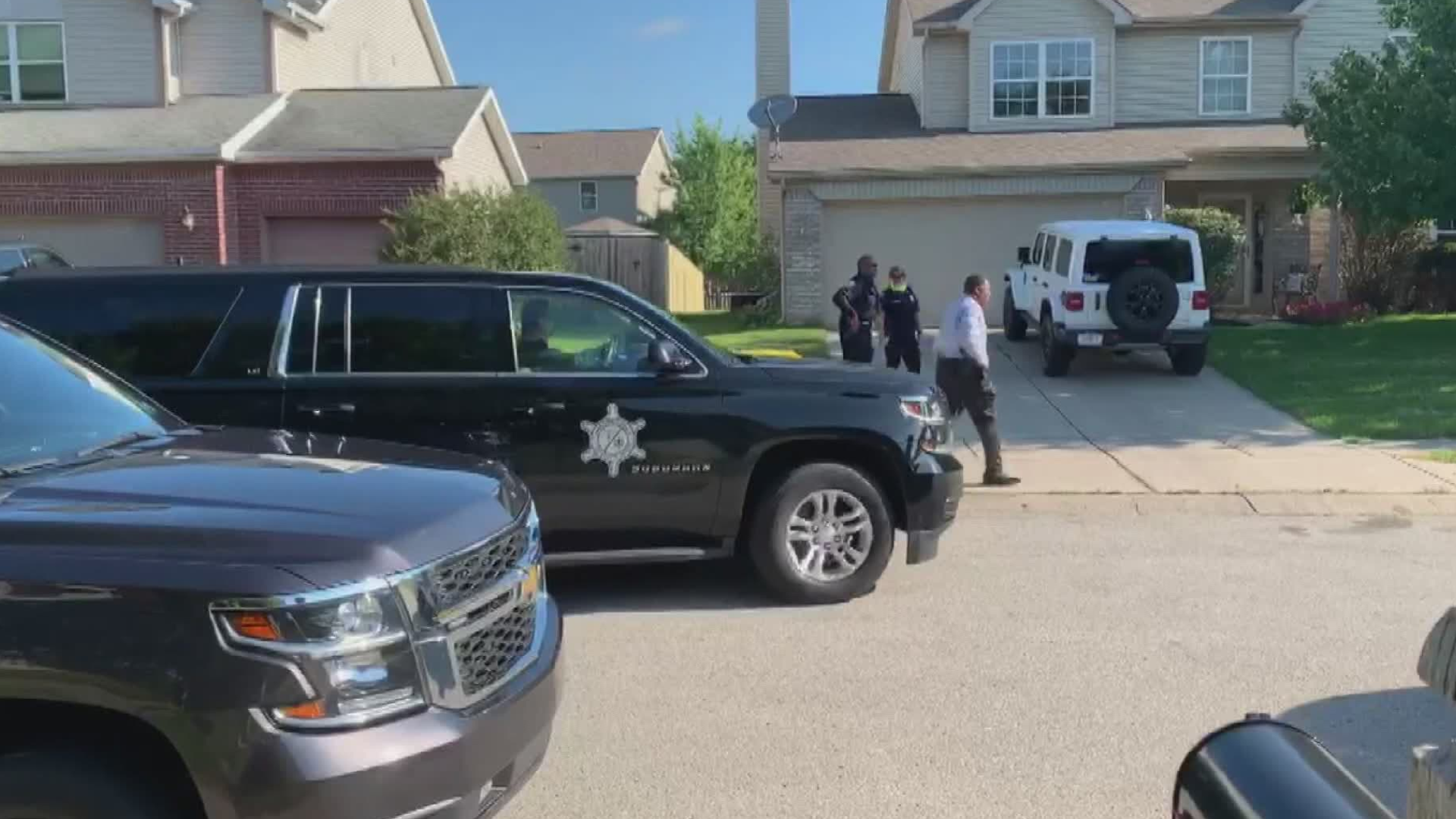 CARMEL, Ind. — Carmel police said a shooting, that ended with two dead and a third taken to the hospital, began as a domestic incident with the suspect threatening suicide.

According to police, 28-year-old Taylor Leigh Cox died in the shooting and a 66-year-old woman was hospitalized and since released. Police have not released the surviving woman's name.

The suspect, who also died, is 26-year-old Julio Cesar Virula. 13News learned he resided in California prior to relocating to Indiana.

It happened in the Spring Creek neighborhood off of Hazel Dell Parkway and south of 146th Street around 8 a.m Monday.

During the original 911 call, police said they heard gunshots. As officers were responding, more calls came in about additional shots being fired.

As officers arrived, they found two people wounded and the shooter nearby still holding a gun. They ran after the shooter, and police said an officer fired their gun "to prevent any further danger to our community or officers."

"We did have one of our officers fire shots. I do not know how many at this time. That investigation is ongoing," said Sgt. DJ Schoeff.

Police said the officer that fired their gun was responding in uniform, and that includes a bodycam. The department will be reviewing that bodycam video as part of the investigation. No officers were injured in the incident.

Police said there were multiple scenes including one on Riverrock Court.

If anyone has any information or evidence (videos, photographs, etc.) regarding this incident, please call our non-emergency number of 317-571-2580 and request to speak with an officer. In order to protect this active investigation please do not post these items in a public forum

The Spring Creek neighborhood park will serve as a meeting location where Carmel Police will share more information with homeowners.

During internal investigations, it is standard for an officer involved in a fatal shooting to automatically go on administrative duty with pay. Carmel Police shared with 13News that the investigation is ongoing as they wait to learn more details from autopsies on the deceased in this case, as well as review all of the evidence..

Police are asking anyone with information or evidence — including videos and photographs — regarding the incident, to call CPD at (317) 571-2580 and ask to speak with an officer.

To protect their active investigation, police are asking people not to post these items in a public forum.