It is now against the law to vape in most public places in Carmel. 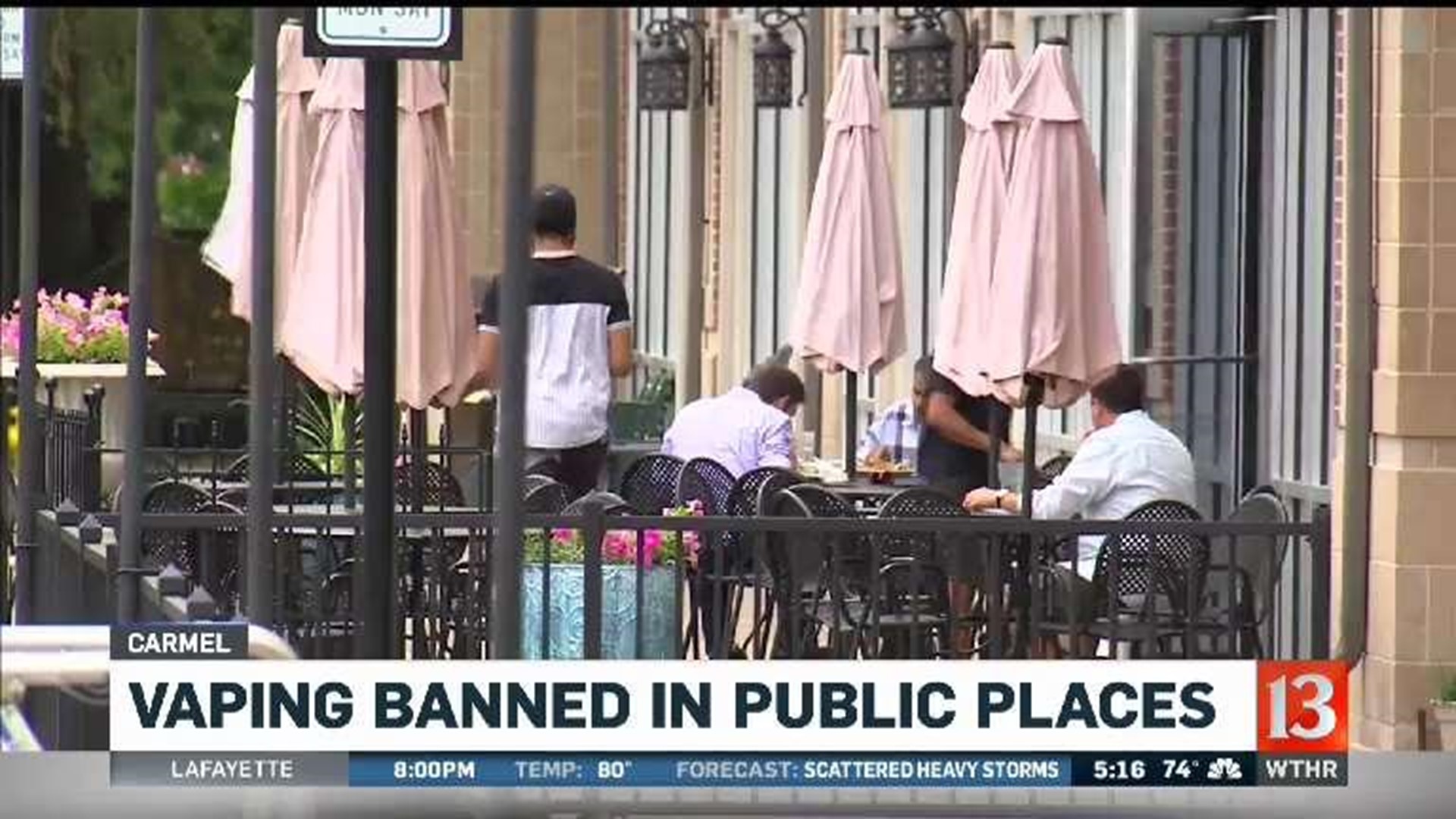 It came amid growing concerns over the number of students vaping at school, whether it be in locker rooms, restrooms or elsewhere.

"I think it's pretty common at this point," said Carmel High School senior Thea Bertolini. "It's kind of easy to get (e-cigarettes) so, I think that's why a lot of kids are getting them."

But with the revised ordinance, it will no longer be as easy to use them on school property or other any other place where smoking is banned.

He said it came at the urging of school resource officers, who said students were vaping and sometimes with more than flavored liquid.

While school policy prohibited vaping, Kimball said the revised ordinance makes it illegal, allowing officers to issue tickets with fines starting at $50 and going up to $500 for repeat violations.

"So, if smoking is banned somewhere so is vaping and our officers can control it that way," Kimball said.

Taya and her mother said they're both behind the move.

"I think it should definitely be banned in schools," Taya said. "You're not there to hang out. You're there to learn and get an education."

Her mother Anna Bertolini said, "I think anything that's an addictive kind of thing... lets make it as hard as possible to do."