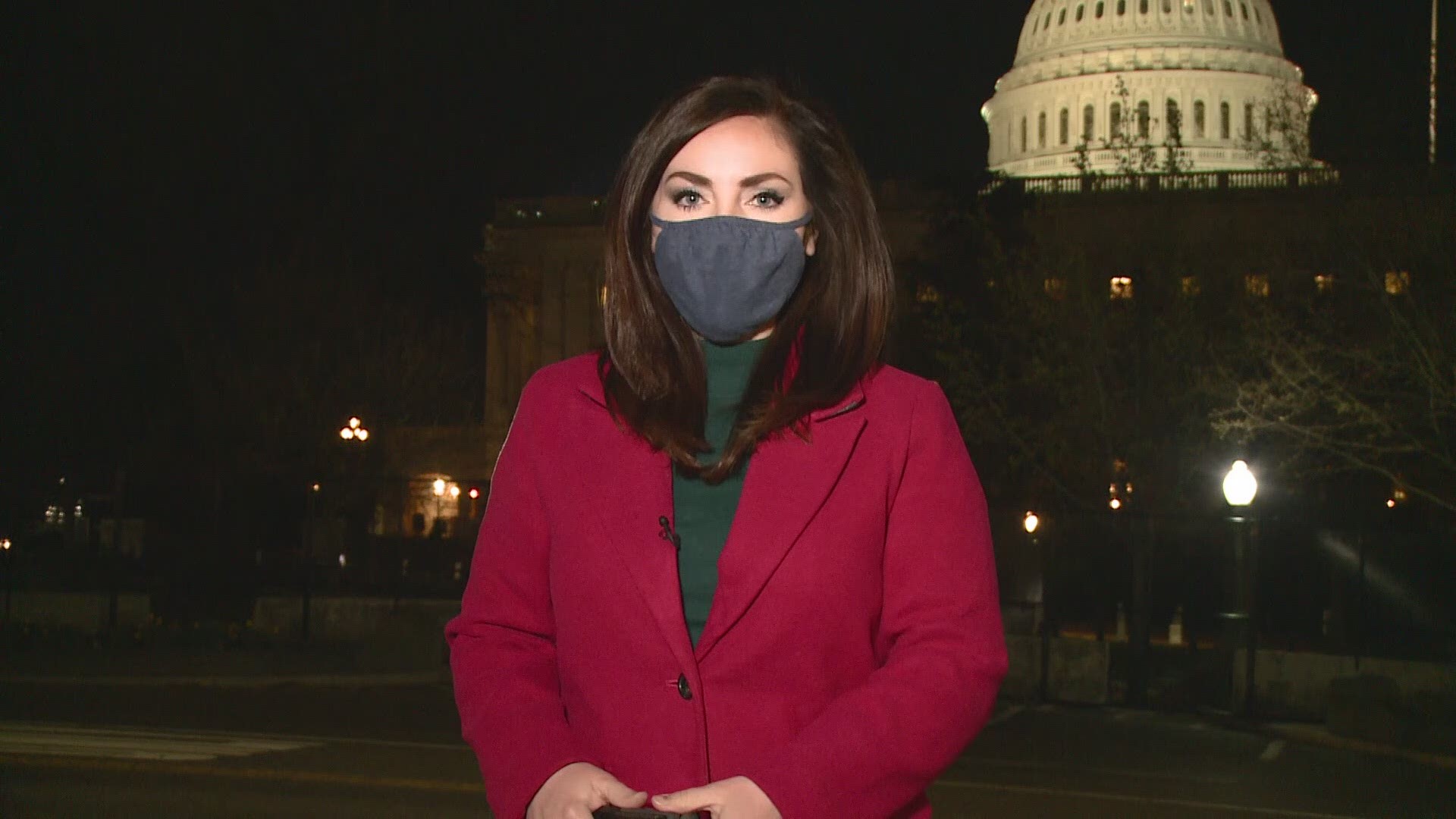 Evans community, friends and the police department he served have spent the hours following his death mourning the man who spent 18-years serving the U.S. Capitol Police.

A close friend of Evans said he was a great guy with a great sense of humor and who first and foremost loved his kids.

“He loved his kids to death. I couldn't imagine thinking about him, not in terms of his relationship to his kids,” Derek Tokaz said. “He posted pictures of him playing board games with his kids, or they were doing at home arts and crafts. He would post these pictures every couple of days, every week or so. And, you know, he was just so eager to show that off.”

Tokaz said he met Evans while gaming and that friendship has carried on for more than half a decade.

“We were playing every week. I've been doing that, pre COVID times, every week for about the last five or six years,” Tokaz said. “That's what brought a lot of us together, we played [a couple of months ago] a Lord of the Rings game together over at his house.”

Credit: Derek Tokaz
Evans is pictured with half of his face cut off, Tokaz said the rest of the smile is big enough to capture how much he loved being with his friends.

Tokaz said Evans was the person in the group who made everyone feel welcome and cared mostly about having fun.

“He had no ego about him,” Tokaz said. “He seemed to always just be focused on making sure everybody else was having fun bringing people together and just, you know, enjoying the company of people.”

“I knew he was a police officer since about the first time I met him," Tokaz said. "It's not something that really came up because we were just bonding over something that was a more, I don't want to say a universal thing, because that's not quite the right word, but something where who you were really didn’t matter.”

Tokaz said the last 36 hours have been hard. He said the thing he’d been looking forward to the most was getting together Evans and doing what they loved, gaming.

“That's been the thing that I was looking forward to the most was getting to play this game that we've been looking forward to for a long time together,” Tokaz said. “There's no way I thought that was gonna be the last time I saw him, but I'm glad I did.”