Can Trump supporters wear hats inside polling places? It depends on where they vote

13News looked into what voters can bring or wear inside an Indiana polling place. 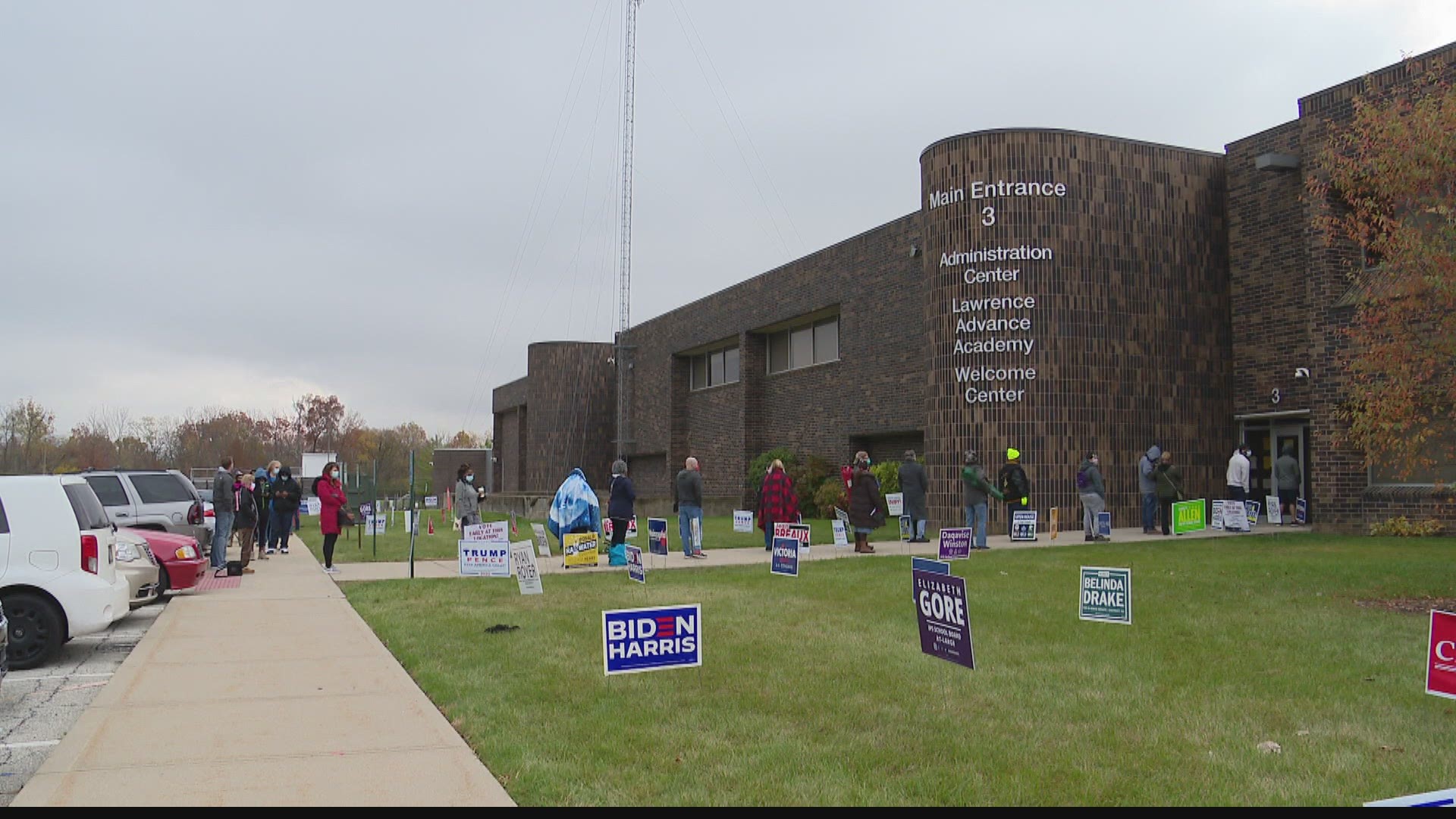 INDIANAPOLIS — A Michigan judge recently ruled in favor of gun owners, allowing them to carry their guns into polling places.

What's the rule in Indiana? And what about those "Make America Great Again" and "Keep America Great" hats? Can President Donald Trump's supporters wear them while voting?

13News came up with some surprising answers.

Go to any early voting location and you'll see plenty of campaign signs, and sometimes the candidates themselves, campaigning while voters stand in line. It's all legal under Indiana law. But what about inside, where voters are casting their ballots?

"I'm wearing a sign for my favorite candidate," Rich Mateni, a voter waiting in line at the Perry Township Government Center, said.

"People should have their own opinion on what they want to do," Mateni said.

It prohibits voters from bringing anything into a polling place that has a candidate’s name, a candidate's picture or an endorsement of any political party. But it doesn't say anything about campaign slogans.

"Those hats are considered electioneering, because they are closely tied to a political candidate," said Marion County Clerk's Office Deputy Director Russell Hollis.

Electioneering is defined as the act of wearing campaign paraphernalia or carrying signs to a polling place with the intent of influencing voters. The law also says that electioneering includes expressing support or opposition to any candidate or political party.

Mateni told 13News that he and other Trump supporters voluntarily removed their hats once inside the polling place.

On the issue as to whether voters can carry guns at polling places, Indiana election law says nothing about it.

That decision is left to other laws like the one that prohibits guns in schools.  But sometimes, it is a decision left the property owners.

"It depends on the polling location," Hollis explained. "If a polling station itself bans the use of guns into the building, then a voter cannot bring a gun into that building."

Trump has told supporters to show up on Election Day to watch for possible fraud at the ballot boxes. They would need passes to get inside polling places.

Local election officials credential reporters and photographers as media watchers for Election Day. Political watchers, as suggested by Trump, would have to be approved by county or state political party leaders.