For a man enjoying the day in a Bloomington park, something set off an alarm that a situation was not right. 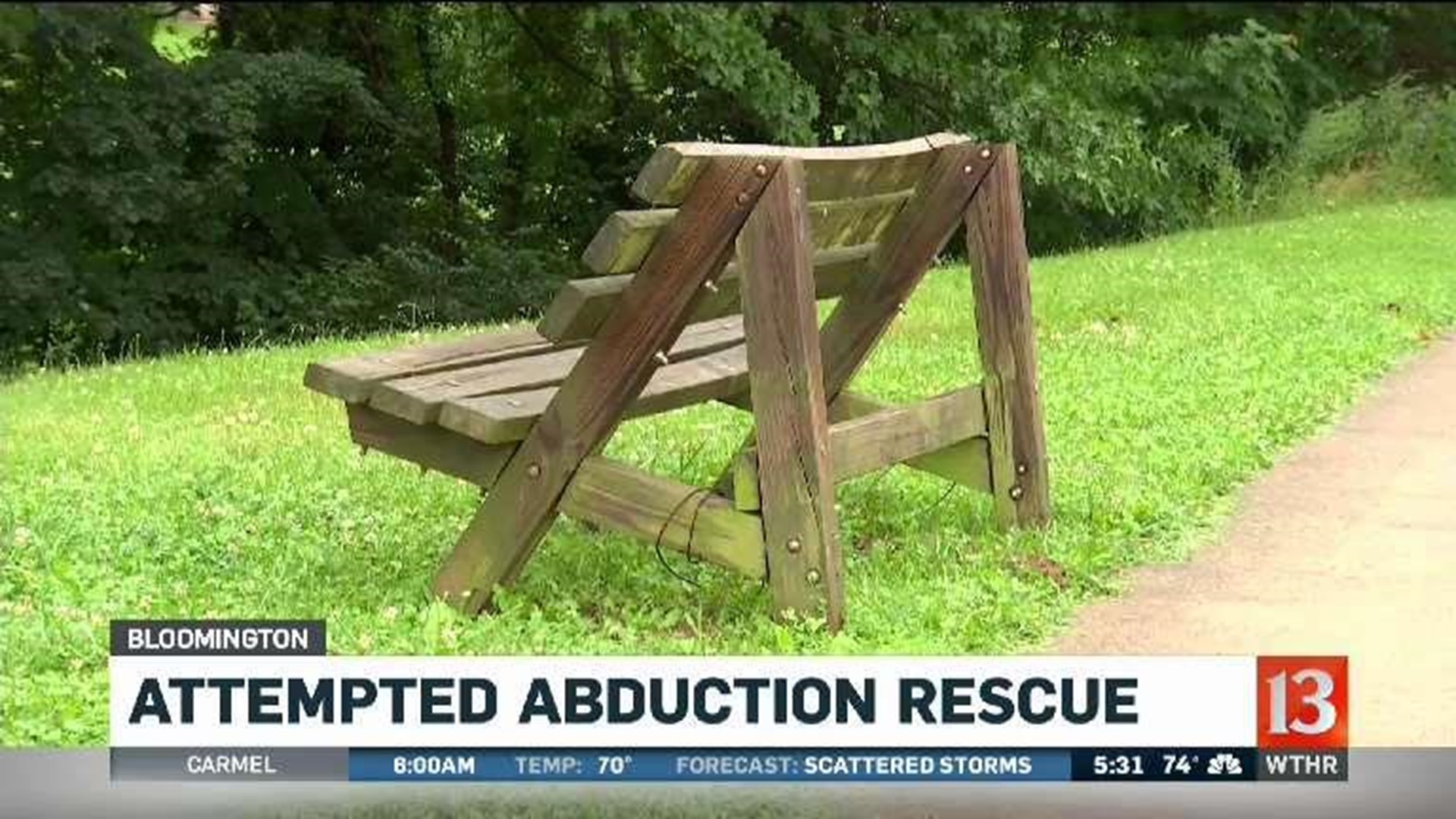 With Doug on the front porch early Sunday evening, Javier and a friend were riding bikes back and forth from the house to an area of Cresmont Park less than 100 yards down the road. The boys stopped a bench.

"Somebody had come up from the woods and told them they could leave their scooter and bike there and to come with them and play in the woods and they would bring them home later,” said Doug Monroe, sitting on the couch of his family’s apartment with Javier by his side.

"A guy was saying come in the woods with me," confirmed Javier.

"I feel truly blessed,” said Doug. “This was definitely eye opening. If it was not for the Frisbee golfer that came to my son's rescue I don't know where we'd be at right now."

Bloomington police are calling the incident an attempted abduction. The boys were not physically touched by the man, believed to be in his early 20s, with blonde hair and wearing black clothes.

"I fear for other children around here,” said Doug. “There's lots of parent who like to be able to not helicopter parent their children. They like to be able to let them go outside and play out front. It doesn't take five feet. You can be in a grocery store and lose your child in a heartbeat."

The Monroe family has lived in the Crescent Park neighborhood about five years. Doug and his wife Natasha have three children. Javier is the oldest, with two younger girls.