A little less than two years ago, three different gangs roamed the streets of Butler Tarkington and were linked to four different murders, including a 10-year-old child. 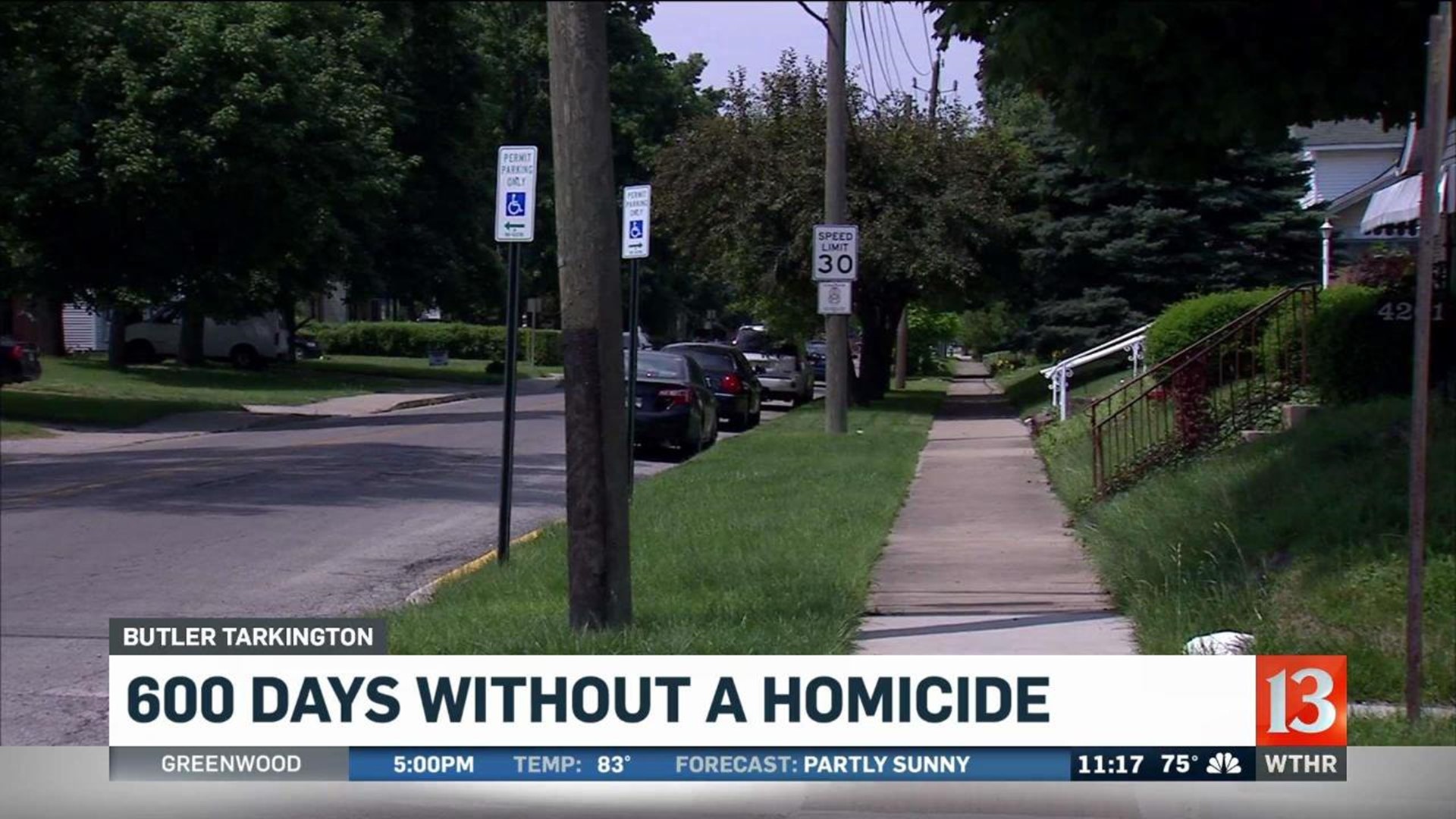 INDIANAPOLIS (WTHR) - The people who live in the Butler Tarkington neighborhood have reached a big milestone.

It's been 600 days since there has been a homicide in the area. A little less than two years ago, three different gangs roamed the streets of Butler Tarkington and were linked to four different murders, including a 10-year-old child.

Shyra Cobb had just moved to the neighborhood with her kids.

"A month after I moved in, the alley right behind me, the little 10-year-old boy got killed," said Cobb, standing at 43rd Street and Boulevard Sunday afternoon.

A year after the young boy was killed, Cobb moved out of the neighborhood, but not before she watched neighbors partner with the Ten Point Coalition, a crime fighting group that patrols the city's hot spots where violence has occurred.

Cobb's was back in the neighborhood just for a visit to bring her son to Playmakers barbershop on Boulevard.

"I think 600 days with no homicide is absolutely wonderful," said Cobb.

"I think it definitely has something to do with the Ten Point Coalition and the other people in the community reaching out. They're like, 'We're not going to close our curtains anymore. We're not going to ignore people coming in and taking over our neighborhoods,'" said Cobb.

The mother of two is not the only one glad to see how the neighborhood's changed. Monthly safety patrols by concerned neighbors, police, churches and Ten Point members have been good for business too.

"Just with their presence alone kind of deters things because people want to keep thinks in the dark versus just doing them out in the open so with people knowing that people are watching, people tend to steer away from doing things," said Playmakers owner Andre Rice.

That's just what neighbors joining the safety walks say they were trying to do.

"It's very similar to when you put a crime watch sign up on your block," said Ryan Barth, with the Butler Tarkington Neighborhood Association.

"People know that the neighbors aren't going to take violence. They're not going to stand for it and it's much harder for people to commit crimes in places that they know they're being watched," Barth added.

"The neighborhood association is really strong in this neighborhood and I think that has been a catalyst of bringing all the other pieces together to combat the issue of violence," said Reverend Charles Harrison with the Ten Point Coalition.

The safety walks have been so successful in the Butler Tarkington area, the Ten Point Coalition is currently in the process of training people in other neighborhoods on how to best address the issue of violence there.