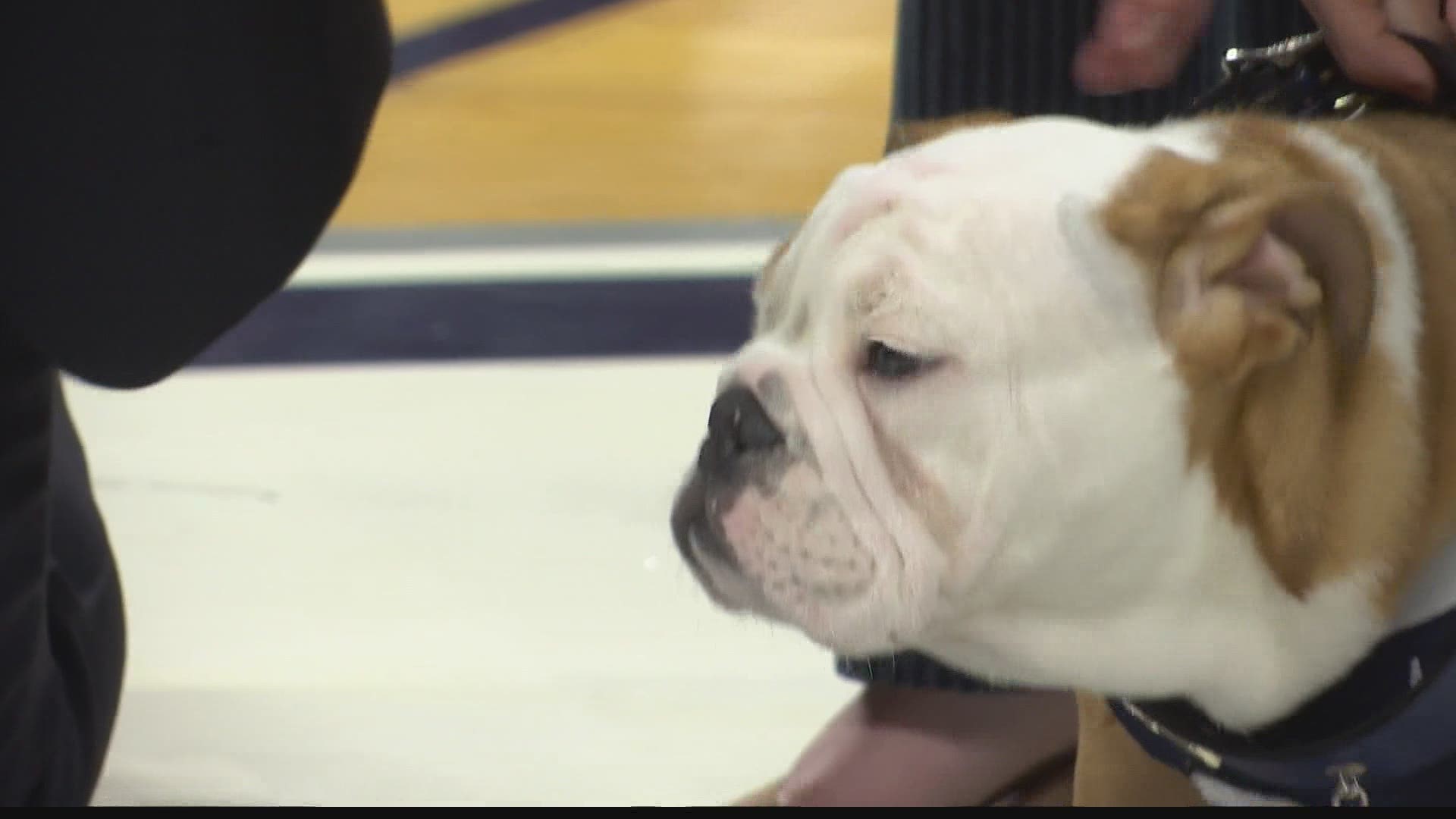 INDIANAPOLIS — EDITOR'S NOTE: The video above is a previous report about Butler Blue IV.

Butler University's live mascot program qualified as a finalist for induction into the Mascot Hall of Fame in Whiting, Indiana.

The program, which features a live English bulldog, came to life in 2000, when the school agreed to get an official mascot. It's the first live mascot program to be listed on the Mascot Hall of Fame ballot. Butler Blue IV, the current mascot, has been serving since January 2020.

"Blue wants to thank everyone who voted for him during the first round of voting, and helping us reach the finalist stage," said Blue IV's handler, Evan Krauss. "It's a great honor to be a finalist, but it would be an even greater honor to be the first live mascot program represented in the Mascot Hall of Fame. We hope we can count on Blue's thousands of fans around the world to vote for us at least one more time."

In addition to being the only live mascot on the ballot, Blue is also the only college mascot in the field. The rest are mascots of professional teams.

Voting for the final round will be available from Sunday, Oct. 17 through Saturday, Oct. 23. To vote, visit mascothalloffame.com. The winner will be announced on Friday, Nov. 5. at the Mascot Hall of Fame.

Purdue Pete was also among the 24 candidates on the ballot but he didn't make the final round.