Eli Lilly announced some fully-vaccinated employees would return to their offices on June 1. 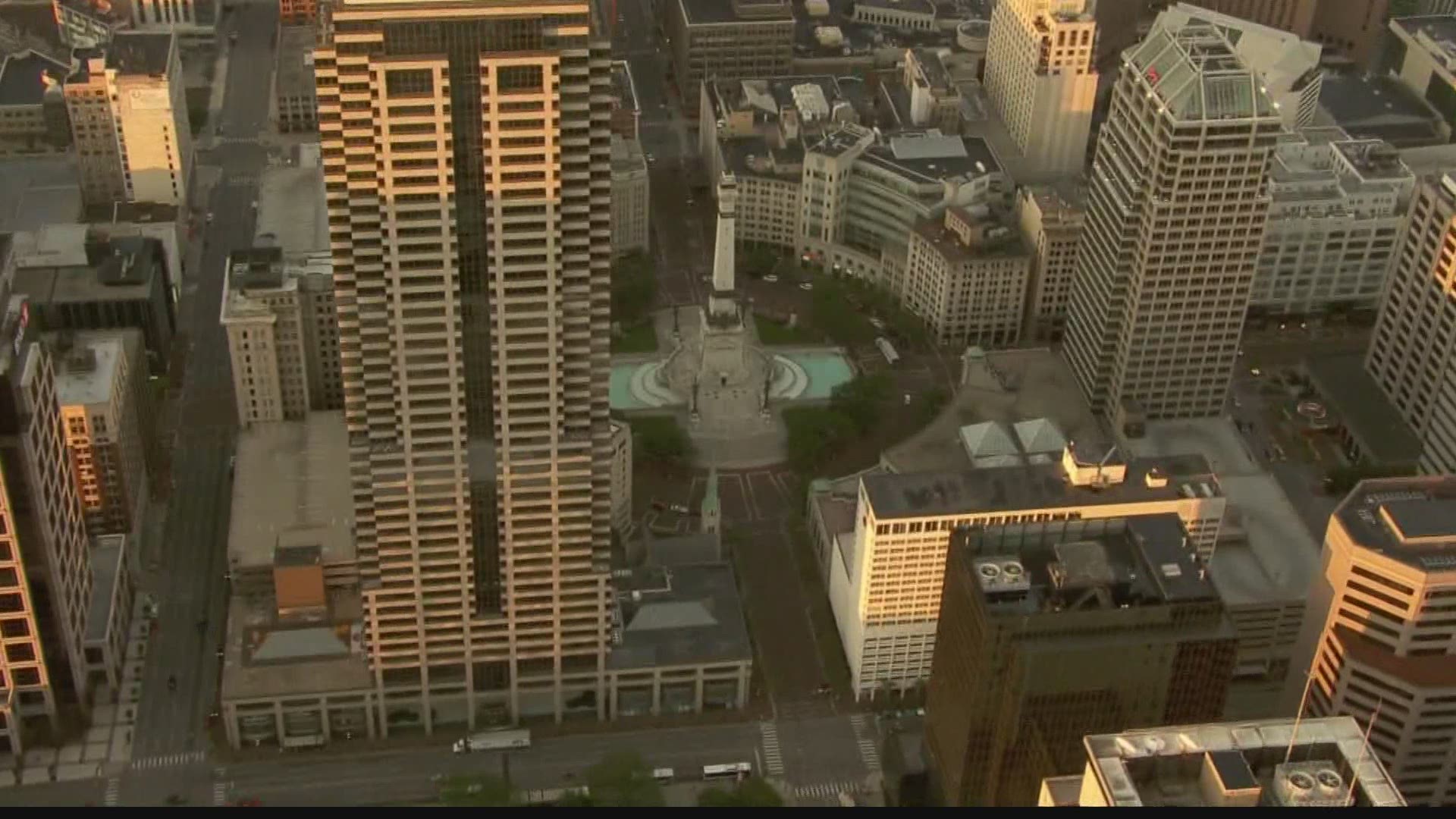 INDIANAPOLIS — Eli Lilly's announcement that their employees would be back in the office by mid-July was welcome news to downtown Indianapolis businesses who hope it's the start of a trend.

Lilly announced Monday 25 percent of its fully vaccinated staff would return to the office on June 1, with all employees returning July 12.

“What I’ve seen in the last couple of weeks, I’ve seen more people than I used to see all the time,” said owner Danielle Cooney.

Cooney's restaurant went from a thriving downtown customer base before the pandemic, bringing in $5,000 a day, to just $600 daily when people started working from home. Slowly but surely, that’s changing.

“I might see them once a week, but they’re coming into the office one or two days a week, they’re going into their old favorite restaurants," Cooney said. "They know we’ve all been hurting, so they’re actively trying to support us as much as they can."

The start of forever began at Monument Circle Monday for one happy couple.

"The monument's always been a beautiful symbol and I just thought it would be a great place to say our vows and get married today," said groom Neal Kandel.

For the officiant performing the ceremony, the couple's Monday ceremony feels like the start of something much bigger for downtown Indianapolis.

"A year ago, there was like nobody here, and now people are coming back," said Victoria Meyer.

“That human aspect of downtown is what we miss, definitely, as merchants down here and I think once people get down here one or two days a week, they’ll start realizing ‘Hey, I miss that human aspect too,’” said Doug Stephenson who owns and operates Downtown Comics. "Lilly is being a good corporate citizen and leading the way, I believe. Hopefully, some of these other companies will follow suit and come down here."

According to a survey of downtown businesses conducted by Indy Chamber, more than 75 percent said they planned to eventually have a hybrid presence downtown, with employees physically returning to the office.

“There is some sense that a return to getting back to normal is going to help companies grow," said Ian Nicolin, Indy Chamber’s chief operating officer.

And with that growth, downtown businesses hope it’s the start of better days ahead for them.

“We’re so ready to be on the other side of this and continue growing,” said Cooney.

And for the newlyweds, downtown Indianapolis will always be the place where they officially started growing as a family.

“I think with the vaccine being out, people are going to be out and it’s going to make a huge difference,” said bride Jessica Kooi.