The legacy of a little boy who died from a rare disease lives on. 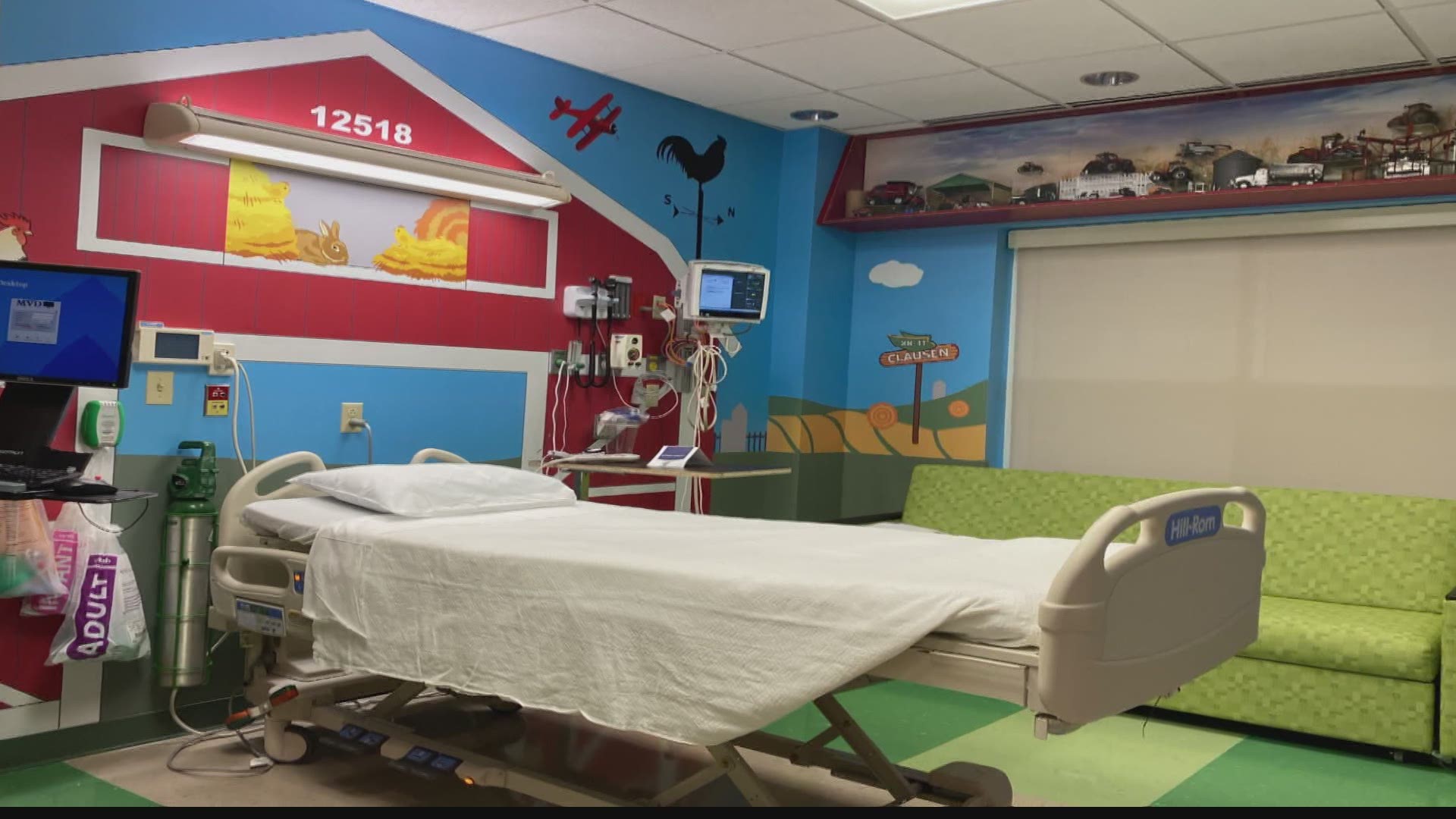 INDIANAPOLIS — The legacy of a little boy who died from a rare disease lives on at Peyton Manning Children's Hospital.

The Bryce Clausen Room was dedicated Wednesday. It's filled with farm images.

The boy's parents raised the funds to create the room so future patients wouldn't have to stay in a hospital room with plain walls.

"It's so amazing how they were able to include so many different touches that are specific to Bryce," said Andrea Clausen, Bryce's mother. "His birthday on the barn and Senate Bill 41, his picture. We were able to do a farm-themed room, but it's Bryce's room."

"For me, I feel like Bryce got too tired, so we'll take over his fight for him," said his father, Joel.

That fight included the passage of a new law that added Krabbe disease to Indiana's newborn screening panel.

RELATED: 'Bryce's Battle' to save the lives of other babies advances at the Statehouse