John Kluge says he's losing the job because of his religious beliefs. 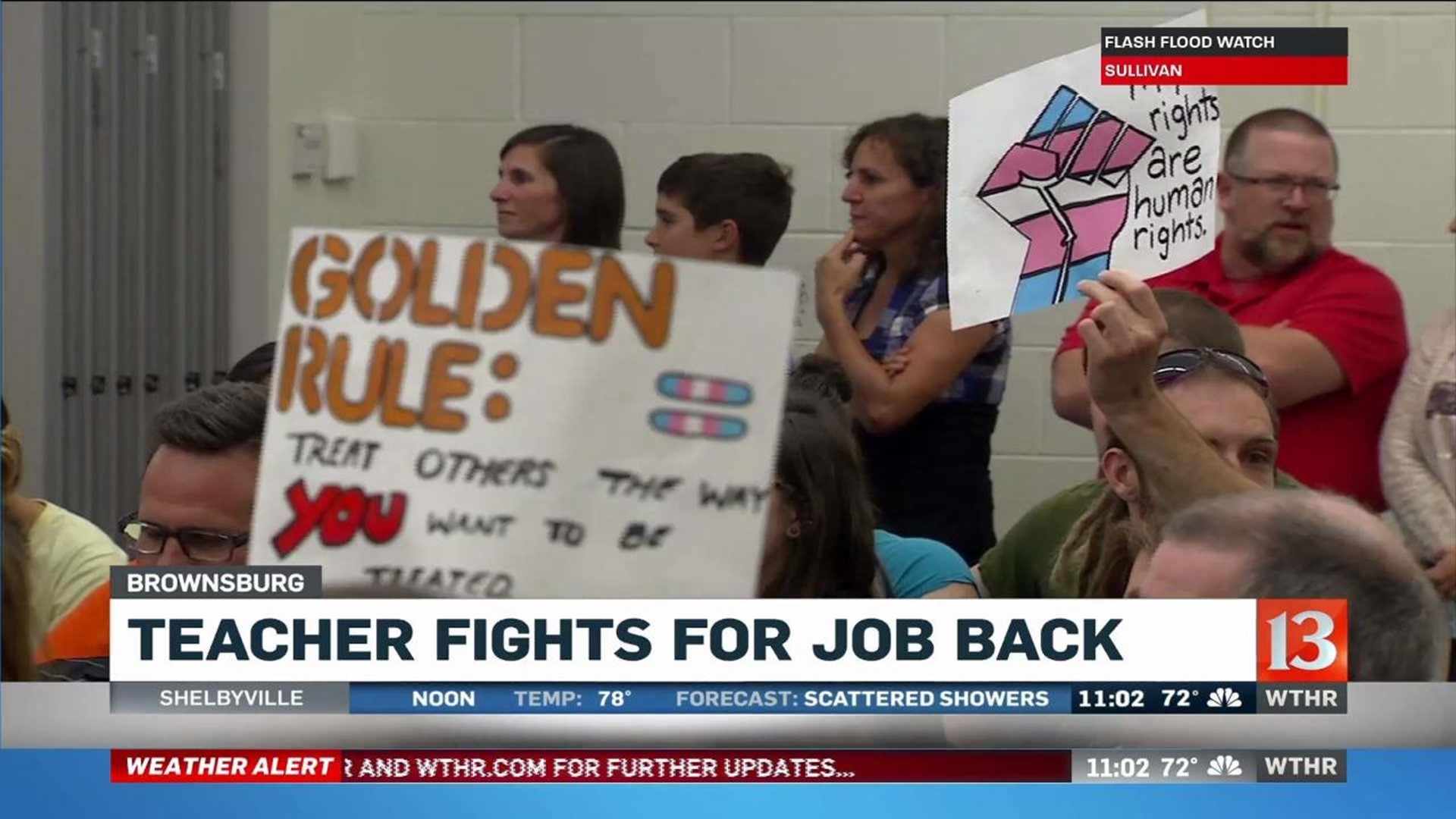 BROWNSBURG, Ind. (WTHR) — A Brownsburg orchestra teacher's resignation was accepted by the school board Monday.

John Kluge is fighting to keep his job after he submitted what he called a provisional resignation — one he thought he could withdraw. Kluge says he's losing the job because of his religious beliefs. The school district says he resigned.

After an executive session of the school board, there was a regularly scheduled public meeting Monday evening.

As Kluge fought to keep his job, he had much public support.

"I'm sorry, I know I sound like I'm ticked off, because I'm fed up with this stuff," said taxpayer Jeff Gracey to the school board, which had just accepted Kluge's resignation. He and others want the music teacher to stay.

It was an emotional, sometimes confrontational, night at the meeting as the district struggles with issues new to many school districts.

Kluge says his religious freedom rights were violated by a school policy saying teachers must call transgender students by the new names they choose. Instead, he called all of his students by their last names only all last year with school permission.

"As a Christian, I believe God has created us male and female and it would be going against my Christian convictions to encourage them in transgenderism," Kluge said.

But the school system said "no more."

John Kluge spoke to the board after the vote accepting his "resignation."

"I wanted this to be a non-issue. I wanted to be able to teach my subject matter with a clean conscience," he said Monday night.

Kluge said he handed in a letter of resignation, but was told he could withdraw it. When he tried to do that he was told it had already been accepted.

The school district released this statement:

This teacher voluntarily submitted his resignation prior to the end of the school year. The resignation was accepted by the administration. Brownsburg Community School Corporation complies with all state and federal laws.

Monday night, Kluge told the board "you've approved my resignation without me having resigned and without being able to appeal this to board."

Many residents supported Kluge, many on religious freedom grounds. including some of his former orchestra students.

"I am currently an education major at Ball State. I would not be there without Mr. Kluge. He is a very fair teacher," said one former student.

"I'm not here to to make Mr. Kluge upset. He is a very wonderful man. However, I believe he would be better off in a private education system as he has more religious convictions."

Transgender student Aidyn Sucec told the school board, "I think Mr. Kluge's religious beliefs have absolutely no place in a public high school. I think that what he believes is morally just conflicts with not only what I believe, but my parents believe, what my psychiatrist and therapist and doctor believe, and the school board believe are morally just."

Kluge's attorney said they have some legal options they're not talking about yet. But first, they want to make sure there is no chance of being rehired.