A Chinese foreign exchange student is recovering after police say a man attacked her with a hatchet in Brown County. 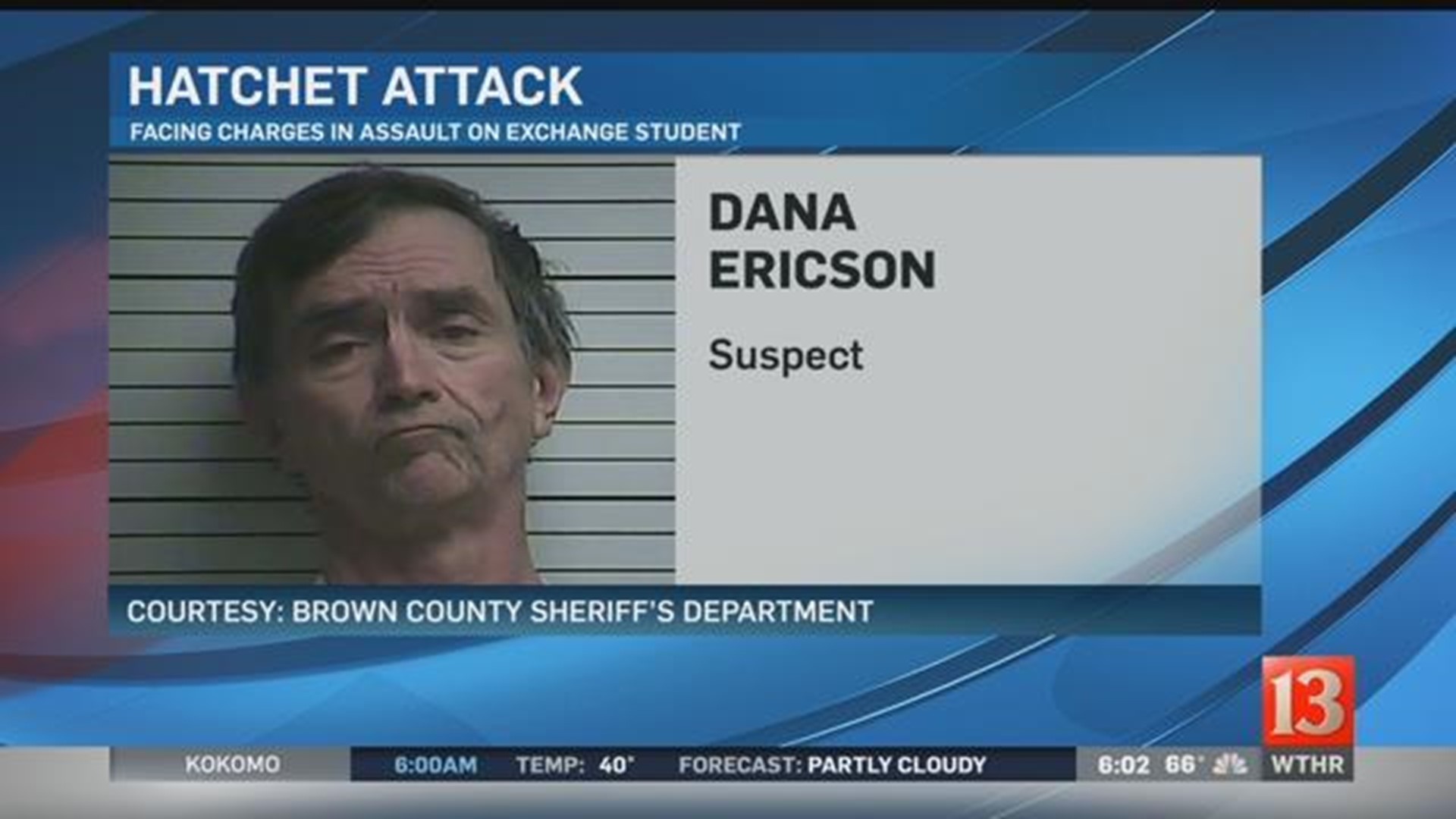 A Chinese foreign exchange student is recovering after police say a man attacked her with a hatchet in Brown County.

A group in Brown County got permission from the high school to send letters to the injured student, known by her classmates as "Z." They wanted to wish her a fast recovery and let her know she has support.

Many of those same well-wishers gathered Saturday afternoon at the Brown County Courthouse for singing and meditation, hoping to send a message that Brown County is peaceful. Nashville, where the attack happened, is known as "Peaceful Valley." Those gathered wanted people to know that name is well-deserved despite what happened to Zhang Thursday.

The details of the alleged crime are troubling to many of them. Ericson reportedly told investigators he attacked the student because he is a white supremacist, and the attack was an act of ethnic cleansing because he hates Asians.

"We're upset about the attack that occurred here in Brown County," said Norbert Garvey, a Brown County resident. "We're a very peaceful place to live and we're proud of that heritage, and we just want you to know that there's no malice toward anyone in this county. Toward anyone from abroad or from another place. Everyone is equal and welcome here."

Ericson has a preliminary hearing set for Monday.

The Brown County Prosecutor's office issued a statement wishing Zhang a speedy recovery. They also said Ericson could not be charged with a hate crime because Indiana is one of a handful of states that do not recognize the term "hate crime" for criminal purposes.

State lawmakers are considering a bill this session that would change that. This latest push for a hate crime bill came after a Bloomington man attacked a Muslim woman outside a cafe in October.