A coach and substitute teacher in the Brown County school system has been terminated after controversy related to the social media post of a photo of him in blackface. 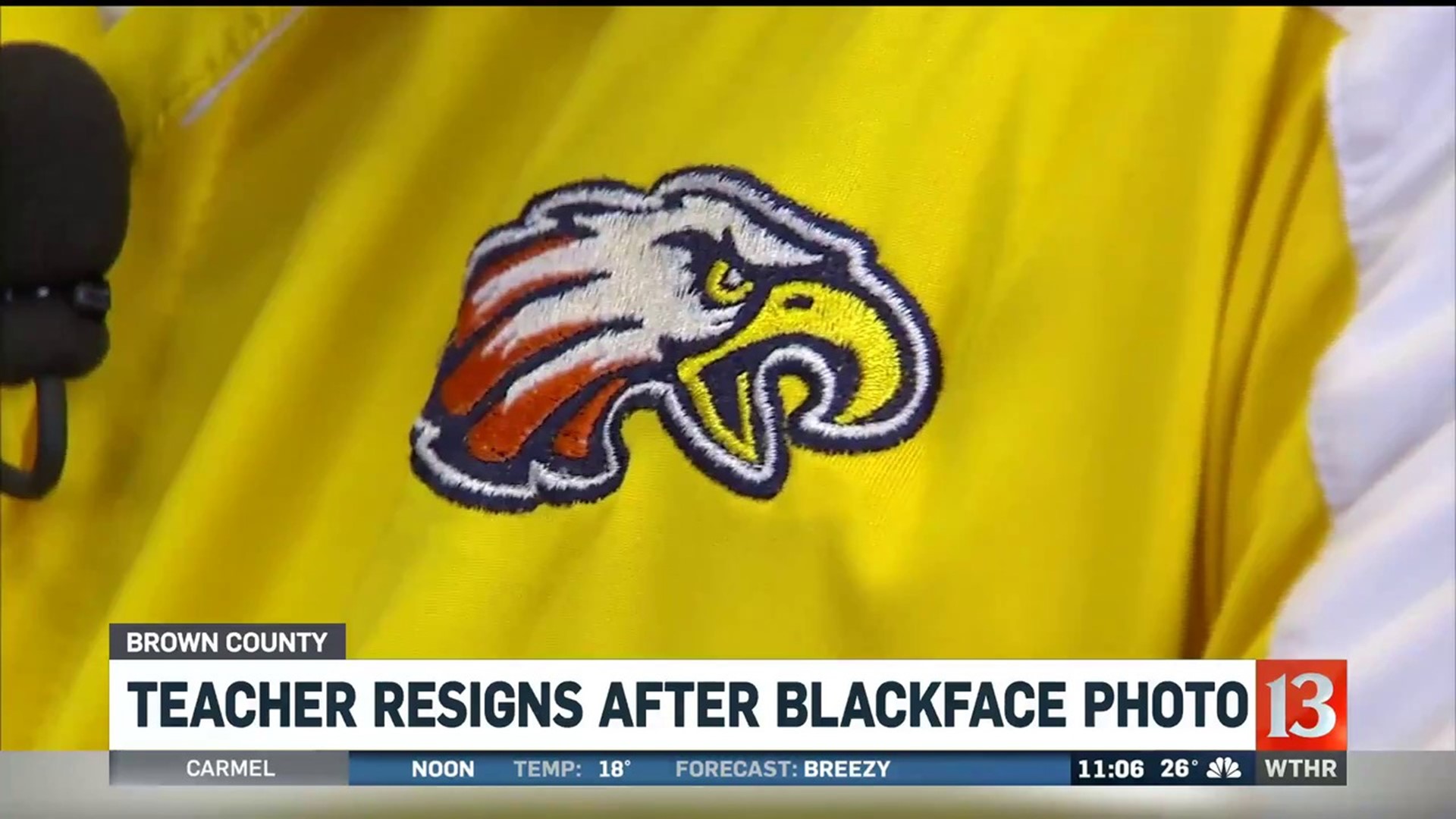 NASHVILLE, Ind. (WTHR) — A coach and substitute teacher in the Brown County school system has been terminated after controversy related to the social media post of a photo of him in blackface.

The picture of Richard Gist posing as singer Bob Marley was taken ten years ago. Last week, Gist was in the school superintendent's office, expressing remorse for the picture, which had recently been re-posted.

"I was trying to understand how representing myself as someone I admired would be offensive. It quickly got offensive," he admitted. "I feel terrible for how I portrayed myself and how I put myself out there and perceive me and the actions that I took that were really offensive to other people. Whether that was my intent or not, the fact that I insulted somebody or offended somebody or didn't even listen to them is more important than what my intent was."

Last week, Brown County Schools Superintendent Dr. Laura Hammack said she considered terminating Gist, but decided they could work together to make it "a teachable moment."

"There are opportunities when you make a mistake to repair that harm, you can step up and make that happen by educating yourself and apologizing then great things can happen," Hammack said last week.

Official statement released on Thursday by the Superintendent of Brown County Schools:

"Brown County Schools (BCS) and its citizen board of trustees has a responsibility to educate students and the broader community on the issue at hand. As educators we are held to a higher standard, and that higher standard recognizes that as educators, whether we want to be or not, we are role models for our students. We are role models in our activities, not only in the classroom, but beyond the classroom door.

Therefore, we believe the offensive image Mr. Gist posted, as well the handling of his social media account and the ensuing conversation surrounding the image showed a distinct lack of discretion and good judgment by a role model. As a school district it is incumbent upon us to protect that higher standard, because the safety and the future of our students depends on it.

We also believe that:
• Good people sometimes make bad decisions
• Bad decisions have consequences
• Conflict can be mitigated through thoughtful conversation
• Harm can be repaired through restorative justice

Thus, last week, Mr. Gist and Dr. Hammack participated in a conversation where they discussed concerns and consequences along with a detailed plan to repair harm to Mr. Gist, and the school district.
Mr. Gist was offered a plan for which completion would provide him a path to return to BCS as a substitute teacher and assistant football coach for the 2019-2020 school year. That plan was:
1. Resign as assistant track coach. In the belief that his presence would be a distraction, to provide a “cooling off” period for the next two steps to be completed.
2. Participate in cultural competency training and
3. Participate in online civility training both of which the district has pledged to implement for all BCS staff and lay coaches.

We are disappointed that he subsequently declined the offer which then precipitated his termination as an assistant track coach and substitute teacher. BCS has committed to move forward with cultural sensitivity and online civility training for its staff and coaches. We believe our role models will then be better equipped to fulfill that responsibility and provide a safe and welcoming environment to all our students and to our community."