Breeder who keeps dogs outside blasted on social media, but not breaking the law

A Hamilton County breeder is under fire on social media for keeping her dogs outside during the record cold spell. 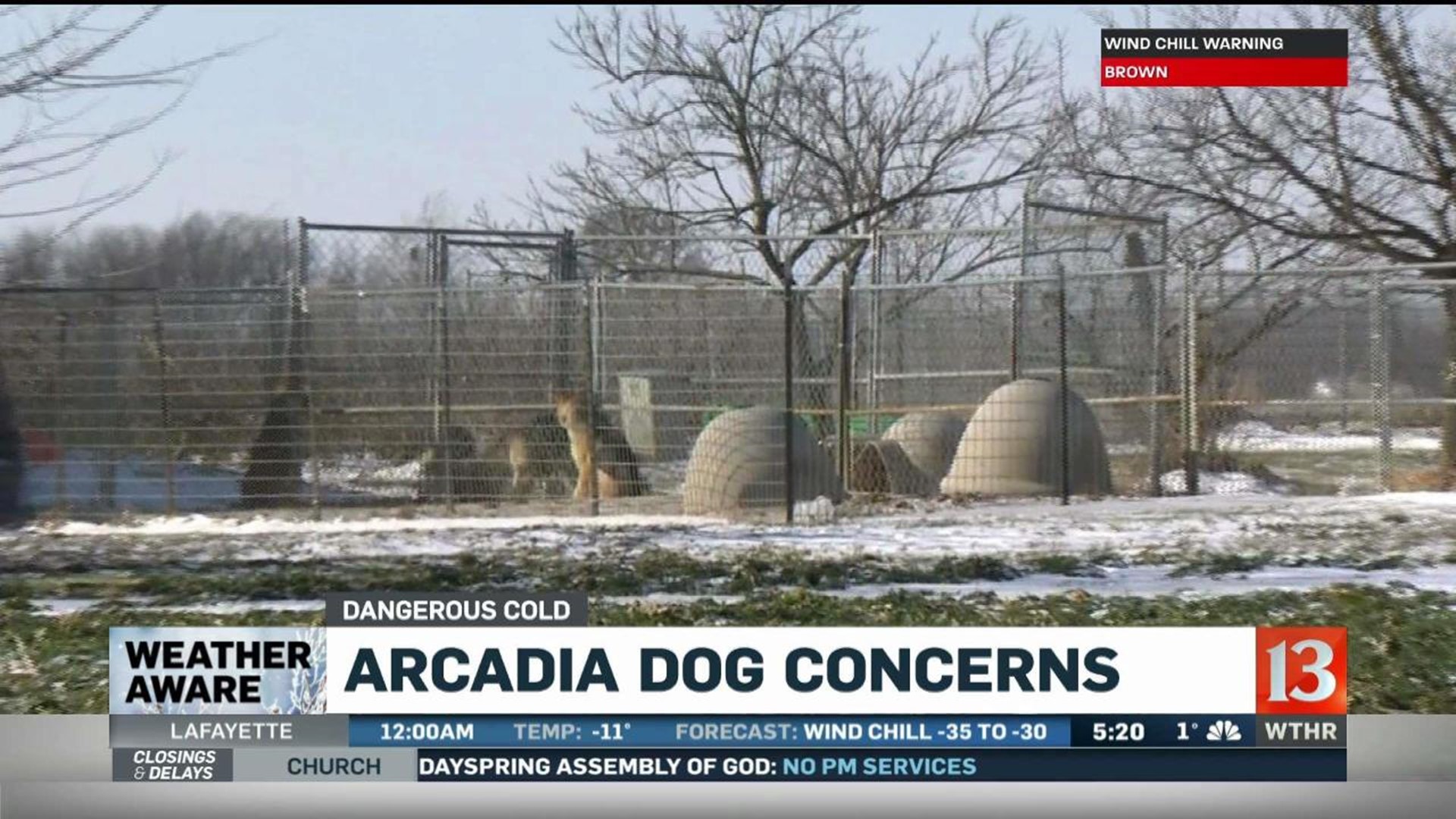 ARCADIA, Ind. (WTHR) - A Hamilton County breeder is under fire on social media for keeping her dogs outside during the record cold spell.

It happened after someone driving by RaeBark Kennels took video of the German Shepherds and posted it on Facebook. That prompted several calls to the Hamilton County Sheriff's Department from people concerned about the dogs' welfare.

Asked if the dogs were in danger, Bowen said, "They're in good shape...they have igloo kennels, water that's warmed and not frozen and adequate food and are being monitored" by the owner.

He also noted the breed.

"These are German Shepherds, they're long-haired, (double-coated) and hearty and we took that into consideration," he said.

While Indianapolis code requires dogs to be inside when the temperature is 20 or below, Hamilton County does not, nor does state law.

Clark told Eyewitness News her dogs are well-cared for. She said the igloos are insulated, that nursing and young dogs are kept inside.

Rebecca Stevens with the Hamilton County Humane Society said they, too, took calls about the dogs.

"It's a challenge and it's hard for folks," Stevens said. "Most pet lovers would not have their pets outside in this weather."

But she said in this case she has faith in the deputy (a German Shepherd owner himself) who responded to the call and did not find the dogs in any distress.

"He's a great animal lover," she said. "I know him very well and I think if he went out and saw an animal shivering without access to shelter he would do whatever necessary (to protect that animal) without question."

Stevens also said there were opportunities to improve animal welfare laws, something she and the deputy hoped to work on together. She encouraged people to continue reporting incidents of animal abuse and neglect.