"Breathe" will premiere at the IMAX Theater in Noblesville. 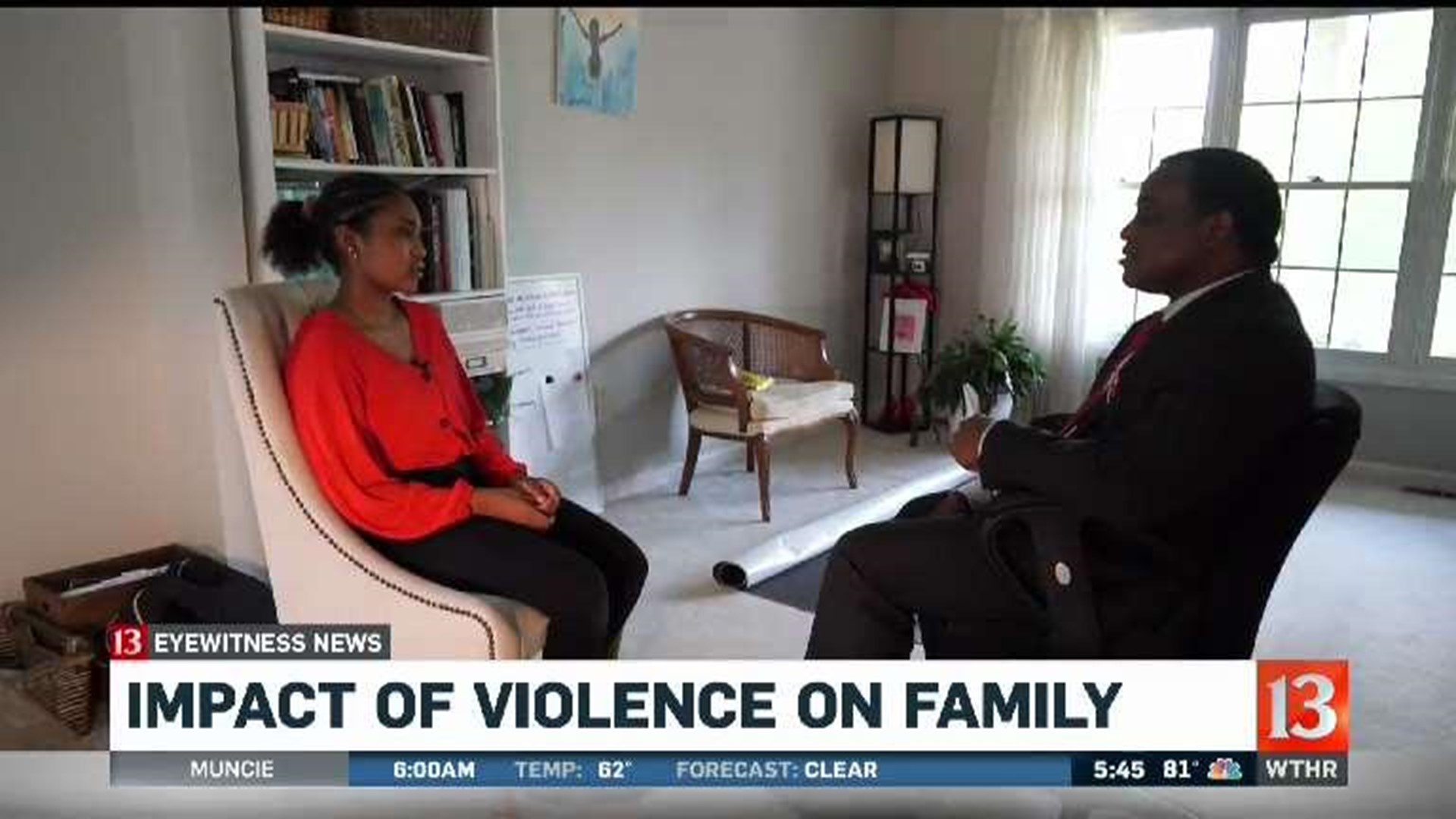 INDIANAPOLIS (WTHR) - A central Indiana family rocked by gun violence hopes their message in a movie will help other families experiencing the same heartache.

Darye and Dija Henry are using their movie-making talents to share their grief and pain and even ways to cope with losing a loved one.

"Breathe" will premiere at the IMAX Theatre in Noblesville.

The family had to deal with their teenage daughter being hit by gunfire.

Hadessa Henry, 14 at the time, thought the sound of gunshots was actually fireworks outside their west Indianapolis home in May, 2014. But bullets came flying into their home. A man was running through their neighborhood, firing an assault rifle. Hadessa was wounded in the leg. She called it the worst pain she had ever felt.

The stray bullet incident involving the teen was the first of two violent episodes for her family.

In 2016, someone shot and killed her uncle. It devastated the family, especially her father. His close relationship with her uncle started at an early age. They had always been very close brothers.

His death left them traumatized, and at first, they didn't talk a lot about their grief.

“It's very traumatic to lose a family member, especially in that way, so the question is how do start addressing that in our communities," said Darye.

So Darye and his wife have combined their talents to address gun violence in their movie called Breathe. It documents how to live with losing a loved one.

Making movies has always been a passion for Dija. When she started chats with her husband about emotions connected to losing his brother to gun violence, she became motivated to make a movie.

“I just wanted to explore what it means to grieve and heal and be inspired to look forward,” said Dija.

The mother-turned-movie-maker remembers visiting IMAX as a child and had dreamed about having her own movie on the big screen one day.

That day has come.

Dija stuffed gift bags for the cast and crew to get ready for the I-MAX Noblesville premiere. If nothing else, they hope Breathe is a conversation starter.

“We are also going to have a discussion guide to go with the film,” said Dija Henry.

The family hopes their movie leads to even bigger projects. While Breathe's first showing is Sunday July 28, the movie had already been made available on Amazon.

You can buy tickets to Breathe here.