The event included one woman who says Bre Leath inspired her to become a police officer. 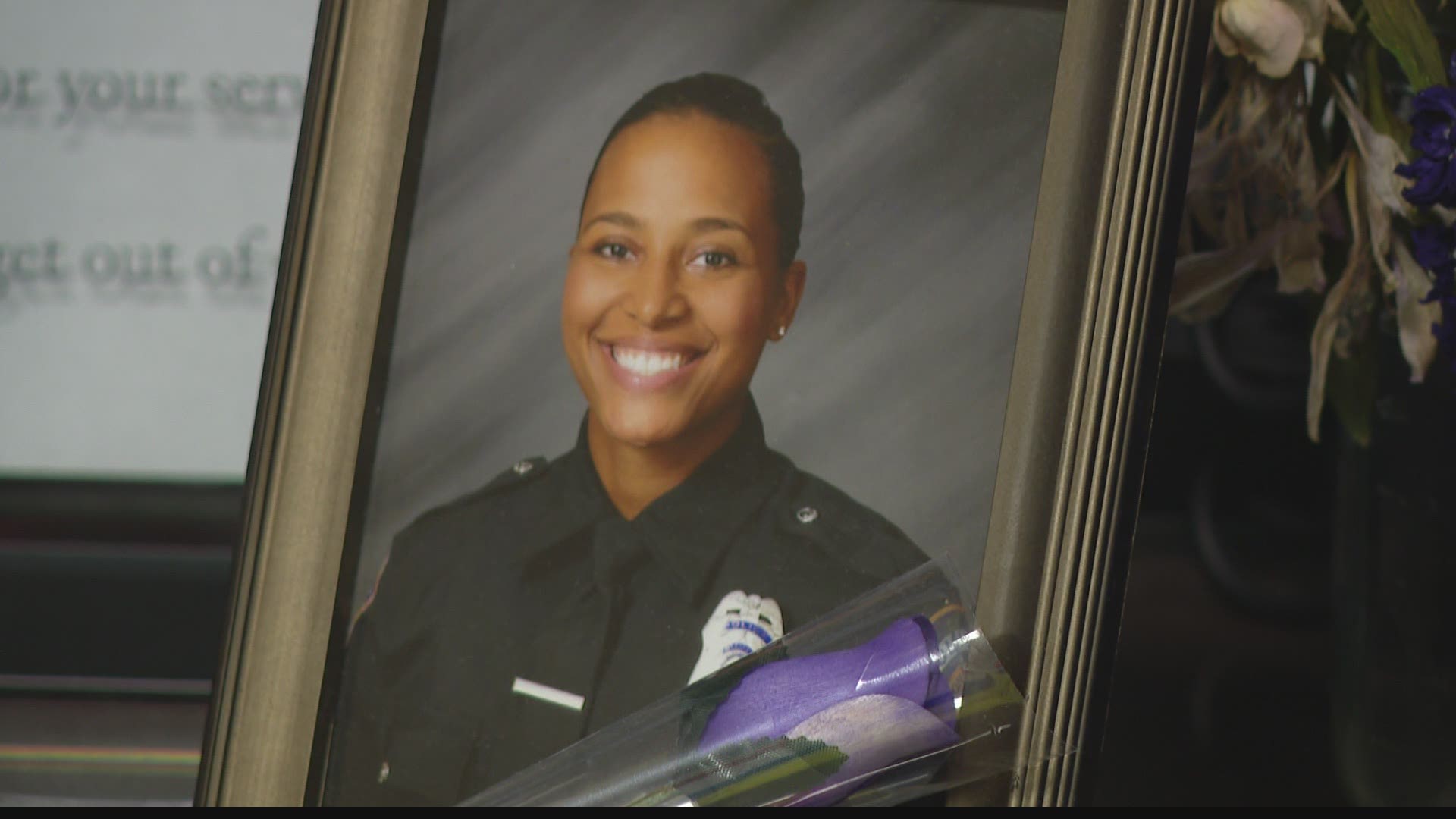 INDIANAPOLIS — Friday marks the one year anniversary of the death of Breann Leath, an Indianapolis Metro Police officer who was killed in the line of duty.

On Thursday, the "Bre Workout Challenge" was held in her honor – an event celebrating Leath's career and sacrifice.

“She was my rookie,” Diouf said. “She was a fun young lady, shining. She would come in the room and just lit up the room.”

But also she knew what she wanted and worked hard to get it.

That even meant risking and losing her life in the line of duty.

“It is hard to think about her, but it is also nice to come together and, of course, just honor and remember her,” he said.

That's what the memorial workout challenge is about, to be like Bre, which in this case stands for Brave, Resilient and Empowered.

Diouf showed us some of the exercises, jumping pull-ups, squats and push-ups, a total of 231 reps - done individually or as a group. 231 was Bre's police department unit number.

About 100 people took part in the workout Thursday evening.

“When you’re in that place in her head, in workout, obviously it’s nothing compared to what she sacrificed, so this is one of my favorite ways to honor someone especially one of our fallen officers,” said Ofc. Molly Groves, who did the entire workout in her police uniform.

The anniversary of the tragedy is a difficult time for Leath’s family, but they said it helps seeing the community committed to keeping her memory alive.

“Things like this is what keeps our family going, because we can physically see the love that the community has given us,” said Jennifer Leath, Breann’s mother. “Honestly, from the deepest part of our family’s heart, thank you so much.”

One person who wanted to take part including a woman who said Bre had saved her life when she was pregnant with her son. The woman said she missed Leath’s funeral and wants to give back.

“And she wants to be a police at the same time, so she inspired other people to be police officer, so that's pretty good,” said Diouf.

Friends and colleagues say they’re not surprised about the impact Leath had on so many.

“I just can't help but smile when I think about her because she was sunshine in human form. She was incredible, caring, the same person in and out of uniform, always doing the right thing and going the extra mile,” said Maria Gonzalez, an IMPD officer.

Additional events are planned to honor Leath on Friday.

She previously worked in the nursery at the Indiana Women’s Prison. The nursery will be rededicated as the "Officer Breann Leath Memorial Maternal and Child Health Unit."