If you have trouble reading this, you may have some form of dyslexia. 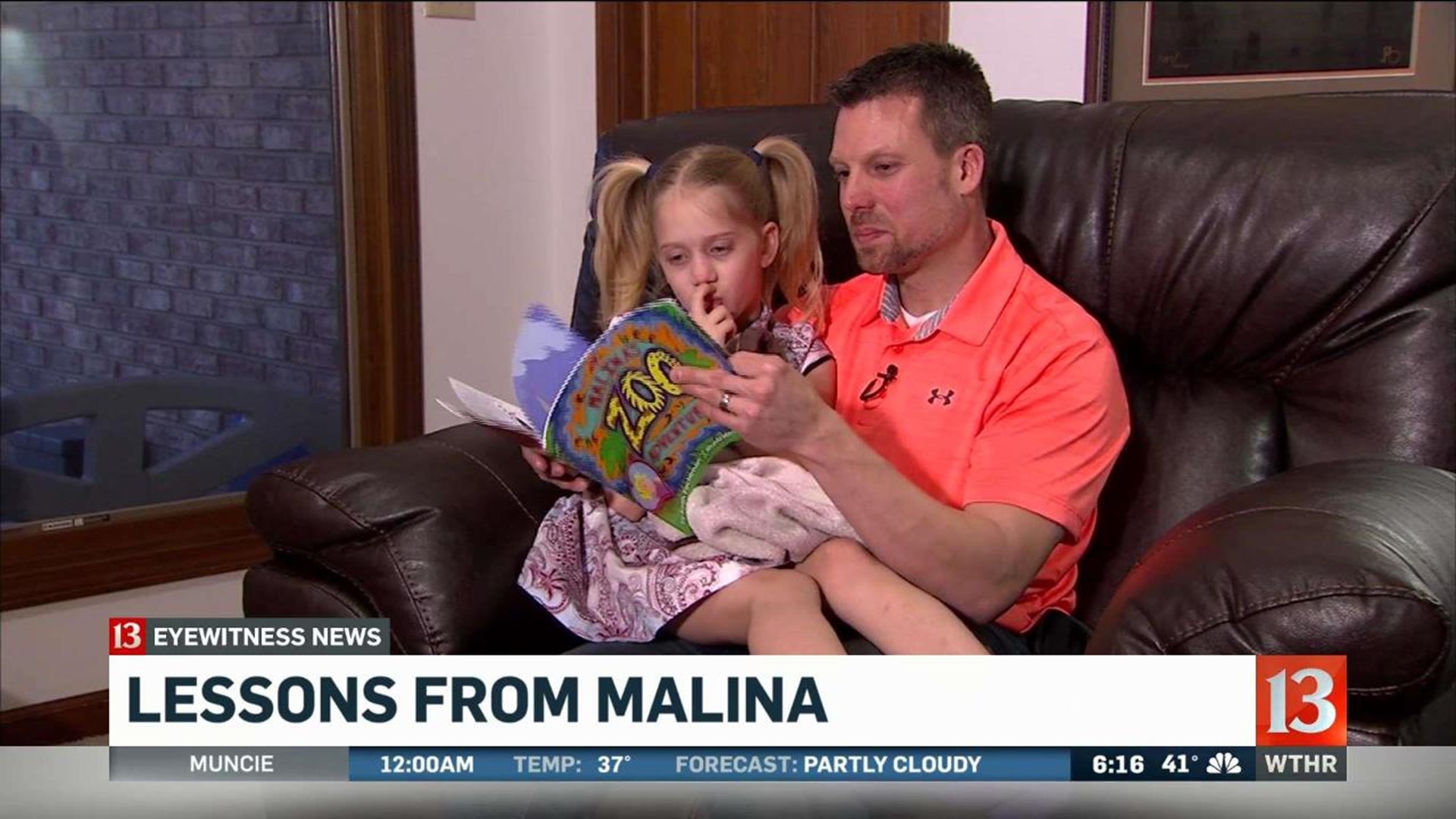 INDIANAPOLIS (WTHR) - If you have trouble reading this, you may have some form of dyslexia. It's more common than you probably think -- as many as one in ten Americans is touched by it. That's nearly 40-million people, and for most of them, it is undiagnosed. For others, it may be that they just think reading does not come easily to them. Either way, it can be frustrating.

Keith Fechtman of Center Grove knows the frustration well. He grew up in Johnson County at a time when awareness of dyslexia was not great. He will tell you today that he's pretty sure he has it, but his teachers didn't know it at the time and probably thought he was just a slow learner. Reading was a struggle and school was hard. But that didn't stop him from graduating high school and going on to the University of Indianapolis, where he eventually got his bachelors degree and masters degrees.

"When I grew up", he said, "if you stumbled through reading, you were kind of looked down upon, and I think it's more open today, which helps, and I want to help encourage that -- with kids and their parents."

To bring awareness to the struggles of kids who tend toward dyslexia, he has written a book called "Malina's Zoo Adventure", which uses animals to make his point. "A lot of kids can relate to animals", he said, "so it's kind of a fun way for kids to learn about animals too." The story follows Malina's trip to the zoo with her parents. Each page recalls seeing a different animal, but Malina jumbles the letters to make up new names for each of them. For instance, the monkey becomes a "keymon" -- and the walrus is a "rusawl". Her parents patiently correct her. Keith says the point is to let kids with dyslexia know that it's okay to get the letters in the animals' names wrong sometimes -- but that each animal is still special and unique. There is a lesson on every page of the book. Along with the misspelled names, the story includes fun facts about each animal. In fact, there is even a lesson in the title. Rearrange the name "Malina" and you get the word "A-N-I-M-A-L".

There is also a message in all of this for parents. "They can read about dyslexia, and they can read about other disabilities that kids have throughout books and children's books", he said, "but not actually see it live, and see it in action like you can in this book." Fechtman credit his mother's patience with helping him overcome his dyslexia. He says she spent hours with him growing up, helping him make sense of the words he was seeing his his brain that did not match what was on the paper. He wants today's parents to understand that a little patience from them will make call of the difference in the world for their children. "For the really young kids, who can't read it yet, it will help the parents kind of walk them through it -- and say that's OK, it's messed up on purpose", he said, "here's the right way it's spelled."

It's a message that 10-year-old Elliot Cox embraces. He's one of the fastest kids around on a go-kart track. He has the hardware to prove it. His room is full of trophies and medals, including the one for the national championship in his division that he won last year in Las Vegas. His goal is to be the youngest winner of the Indianapolis 500 some day. He does not lack for confidence, despite his diagnosis of dyslexia. "I think people with dyslexia are cool because they stand out a little more", he said, "I think it helps me see different places on the track that other people can't and I just think it helps me go faster."

Elliot is a fan of "Malina's Zoo Adventure", and has read it several times. It helps him realize that his diagnosis does not define him as he races for a future that he hopes includes a long IndyCar career.

That's just the message that Keith Fechtman is hoping to send with his book, that he hopes to turn into a series. His latest edition, "Malina's Farm Adventure" is due out this summer. A portion of the proceeds from every book goes to the Dyslexia Institute of Indiana which has praised its positive message. The books are available from Koehler Books.

There are also a number of ways to connect with Malina on her website.