Bob Knight has made his first public appearance on Indiana University's Bloomington campus since his departure following his 2000 firing. 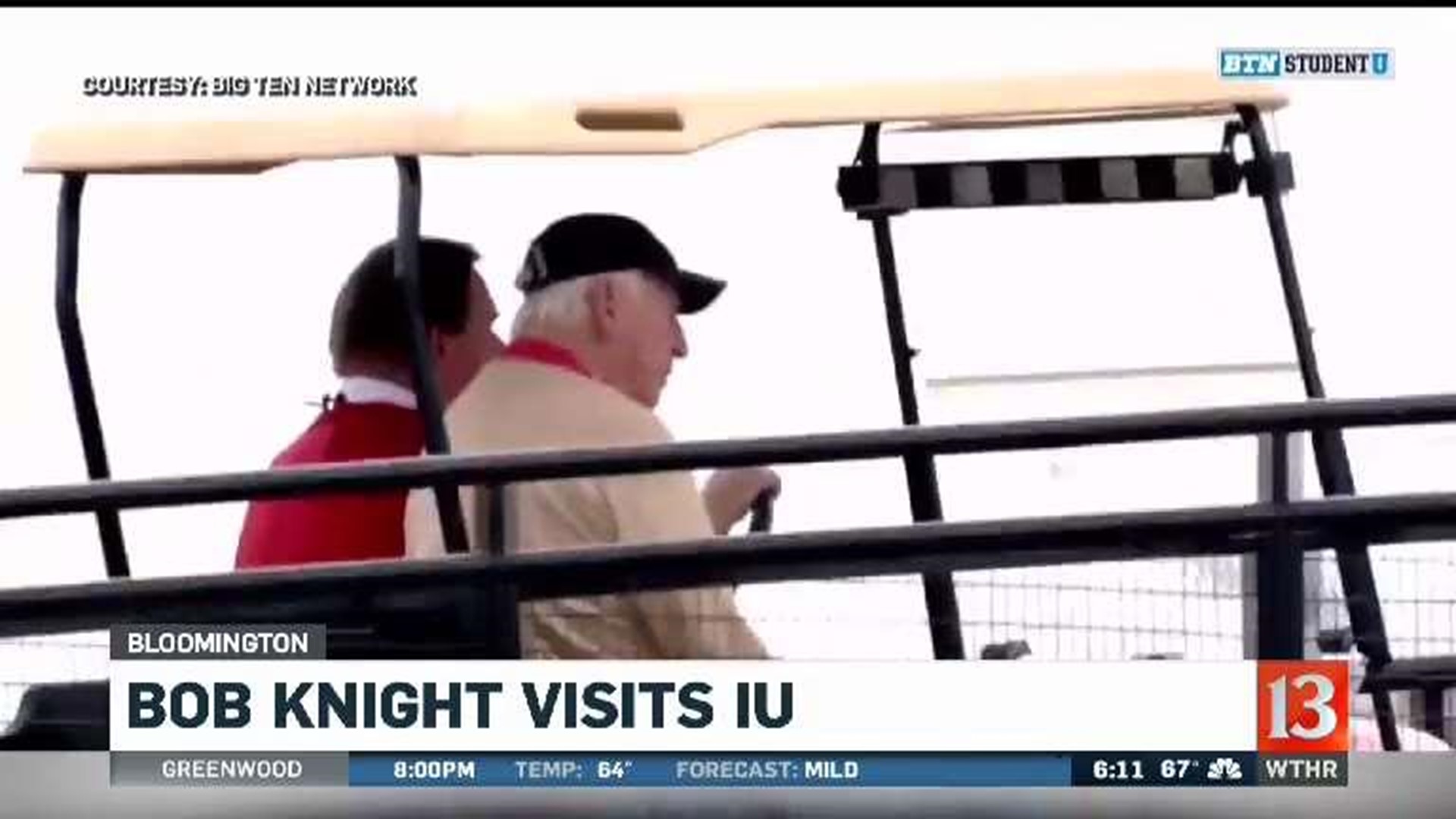 Knight returned to watch the Hoosiers' baseball game against Penn State from the press box. The Big Ten Network was broadcasting the game when Knight made the impromptu golf cart ride to the field.

Athletic director Fred Glass has repeatedly made overtures to bring back Knight. Each time Knight declined.

The Hoosiers first attempted to make amends by adding photos of Knight inside Assembly Hall, the basketball team's home arena.

Great to see the 🐐 back on campus!

In 2009, the school inducted Knight into the athletic Hall of Fame, but Knight skipped the ceremony. He wrote a letter to Glass at the time, explaining he didn't want to create a "media circus" that would distract from the other inductees.

Knight also stayed away from the school's 40-year reunion for his 1976 national championship team — the last unbeaten team in Division I men's basketball — prompting many to wonder whether Knight would ever return to the university that made the former Ohio State player and Army coach a household name in basketball circles and beyond.

It wasn't immediately clear what prompted Knight's change of heart. But there have been recent reports that the 78-year-old Knight has not been in good health.

During a speaking engagement Thursday night at Center Grove High School on the south side of Indianapolis, The Indianapolis Star reported there were times he struggled with his memory.

But Knight returning to campus was a welcome sight for longtime Hoosiers fans.

Here's something you thought you'd never see. Bob Knight is back in Bloomington for an IU Baseball game against Penn State. pic.twitter.com/qX6ItMFow7

School officials put Knight on a zero-tolerance policy earlier that year after video appeared to show Knight grabbing one of his former players — Neil Reed — around the throat. Reed died in 2012, at age 36, of a heart attack.

Knight was later fired after an alleged confrontation with an Indiana student inside Assembly Hall.