As if the City of Bloomington didn't have enough to worry about with ongoing issues with the Farmers Market, now the KKK is leaving flyers in the community. 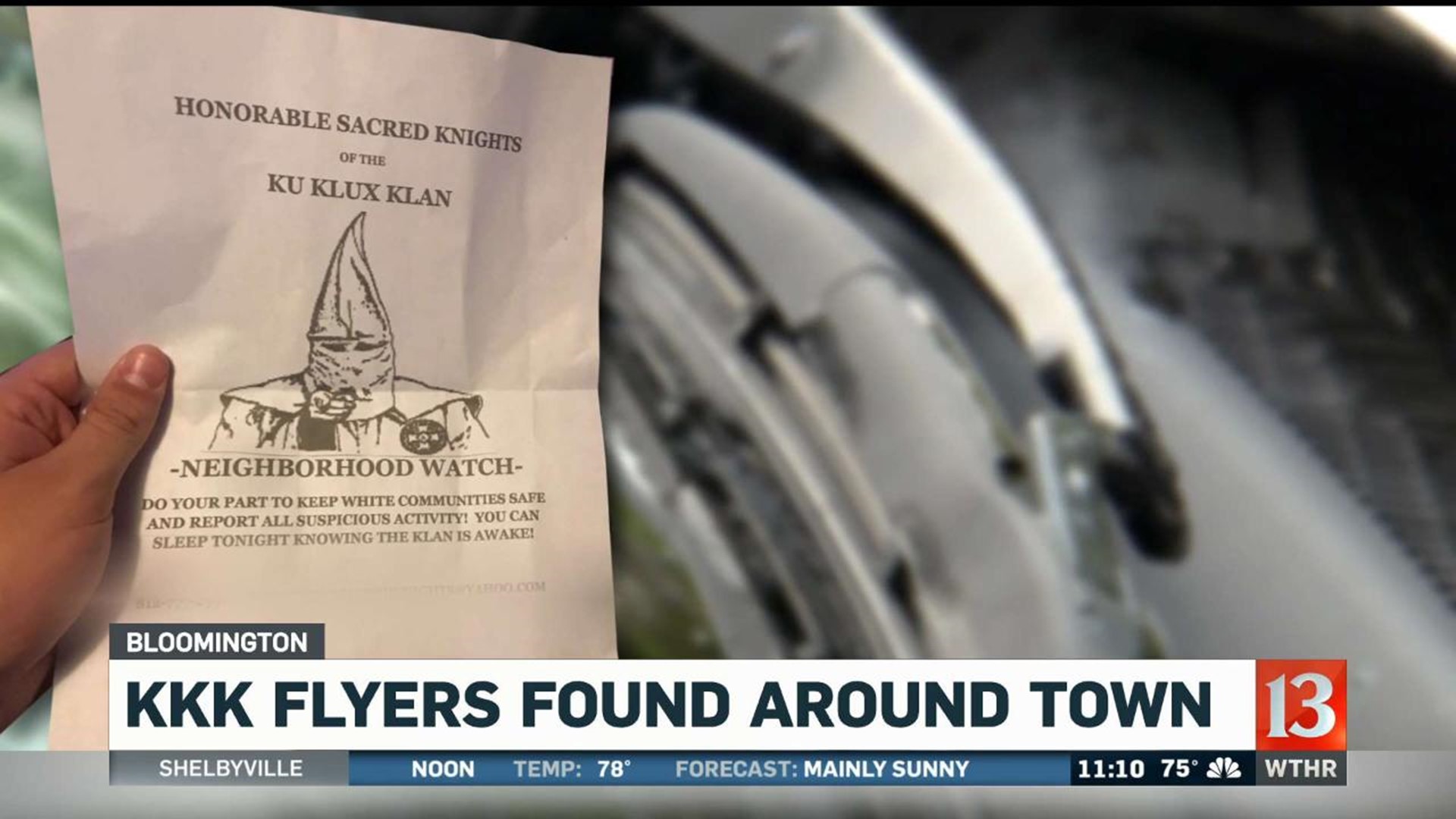 BLOOMINGTON, Ind. (WTHR) – As if the City of Bloomington didn't have enough to worry about with ongoing issues with the Farmers Market, now the KKK is leaving flyers in the community.

One of the first people to notice the flyer was along Dunn Street which is right across from the IU football stadium.

"Around 7:30 in the morning I went out to my car to get my shoes and I saw some plastic bag with candy in it and it had a folded letter in it," Miller said. "At first i didn't think anything of it but when I pulled it up it had a KKK symbol on it and said KKK on it."

When he opened it up, Miller admits he was terrified.

"I was terrified honestly. I went inside and showed my girlfriend and she was hysterical. She was terrified," Miller continued.

Miller says he has noticed a rise in hate groups since the racial issues that caused the city to cancel the farmers market for two weeks, prompting citizens to set up their own market on private property last weekend.

"I think a lot of people are on edge because of that and they don't want something to happen like what happened in El Paso, Texas," said Abby Ang, who has a website called "No Space for Hate" in Bloomington.

"I know the KKK tries to recruit around this time," Ang continued.

But Miller also believes something else may have prompted the flyers on his car.

"My guess is why it was left on our car is we have an equality sticker on the back bumper for gay rights and stuff like that," Miller speculated.

Some flyers were also left in the Sherwood Oaks Subdivision as well which has some yards signs up saying "Black Lives Matter" and "Hate has No Home Here."

Miller says he has since turned over the flyer that he received to Bloomington Police.