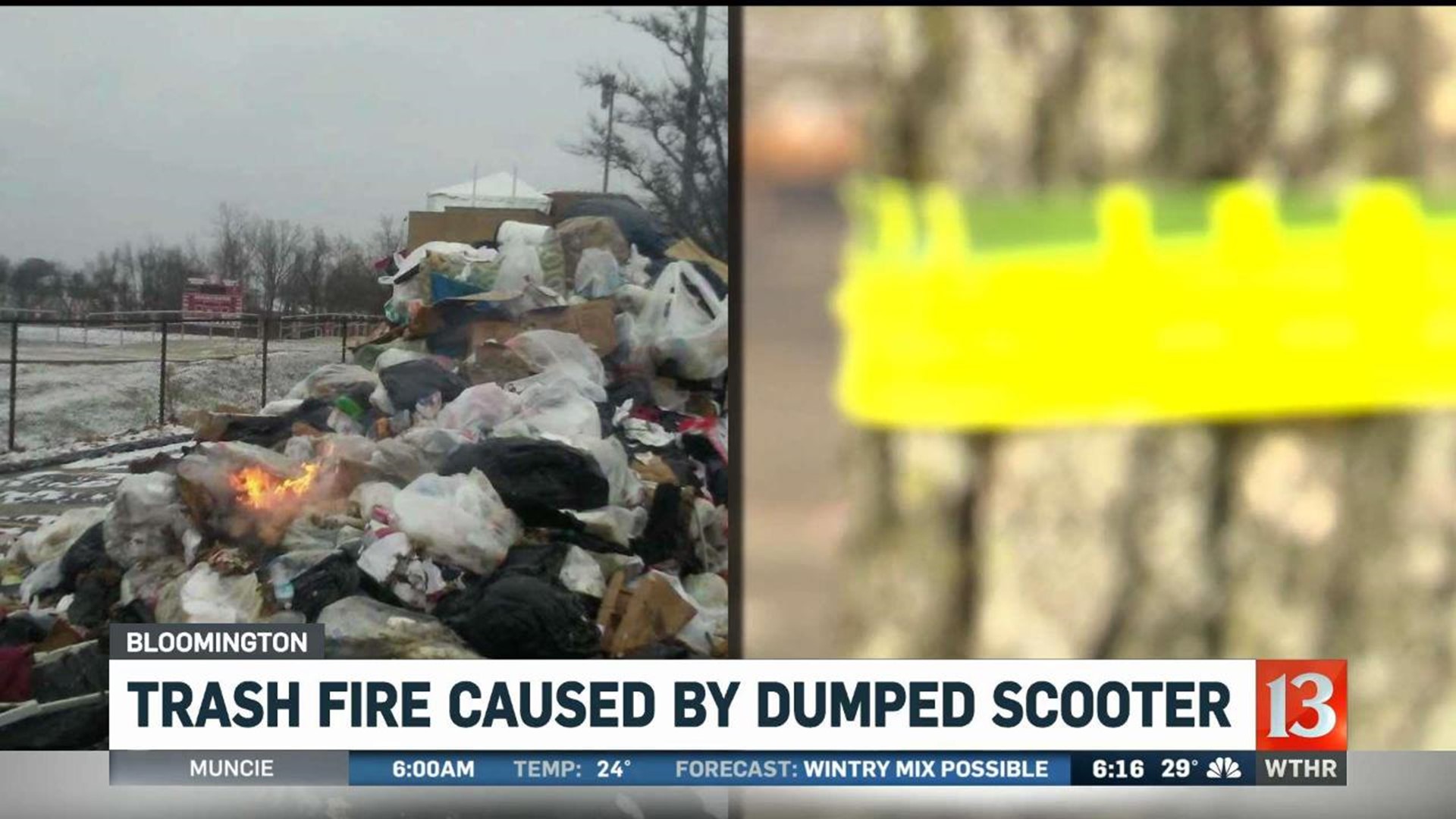 BLOOMINGTON, Ind. (WTHR) - Fire officials in Bloomington say a fire in garbage truck Tuesday was caused by an electric scooter left in a dumpster.

The driver had to dump the burning load in a parking lot Tuesday morning.

Firefighters said after extinguishing the fire they discovered the fire was ignited by a scooter battery.

Five Lime electric scooters were found in the rubble.

“Upon further investigation they found what they believed to be the cause was a lime scooter that was in the trash box that had been compacted,” said Bryan Hutchinson, of the Bloomington City Fire Department. “anytime you have a heat source and an electrical source there could be a potential for a problem.”

They believe the fire started from batteries that ruptured in the container.

“Unfortunately, it isn’t uncommon for our trash trucks to catch on fire from flammable items placed in the garbage,” said Bridgett Biggs, area safety manager for Rumpke Waste & Recycling. “We experience numerous truck fires each year, which put our employees and the general public at risk.

That's why the company wants to remind people that you should not throw batteries into your normal trash, along with things like flammable liquids, propane tanks or full aerosol cans.

“Placing these types of materials into the trash and recycling has potentially hazardous results for our employees, equipment and the motoring public,” said Biggs.

How you should properly dispose of those items depends on where you live.