Bloomington church paying off $2.2 million in medical debt for community

Someone's life is about to change in Monroe County and it all starts in the mailbox. 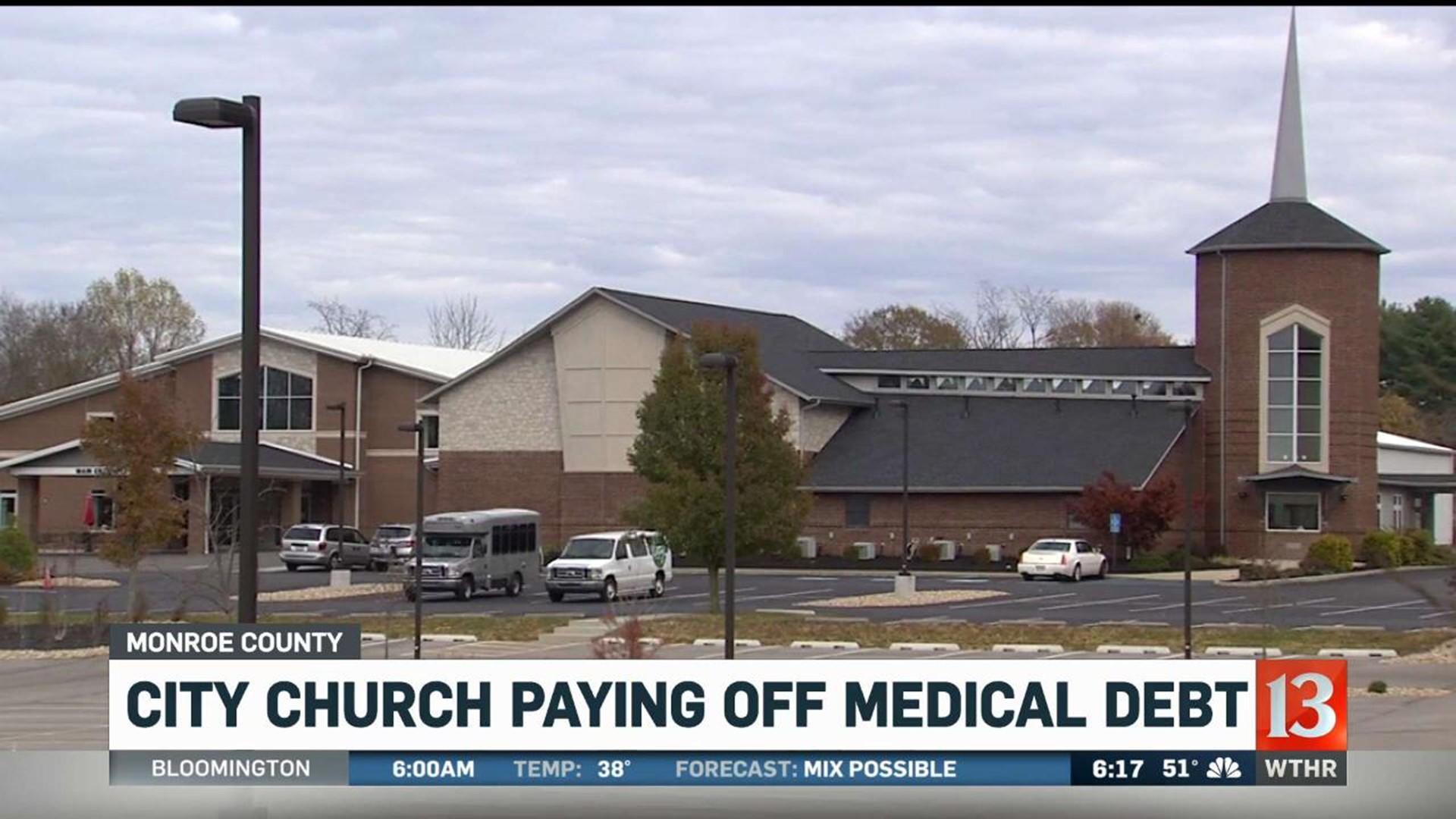 BLOOMINGTON, Ind. (WTHR) - Someone's life is about to change in Monroe County and it all starts in the mailbox.

It all started on a Sunday at City Church in Bloomington.

"With a partnership with this non-profit, we have eliminated $2.2 million in medical debt in Bloomington, Indiana," Pastor David Norris recently told his congregation.

"People were overjoyed. They were really excited," his wife Pastor Sumer Norris added.

Instead of a bill, people would receive a letter saying the debt had been paid off by the church.

"The letter will say, 'On behalf of City Church, your medical debt has been relieved. I love that," David Norris said.

It's all part of a partnership where the church puts up an amount less than the $2.2 million in debt along with RIP Medical Debt Relief and the collection agencies accept it.

"The company wants it off the books. The people can't pay it, so it's a win-win situation. It leverages debt. It turns this bad situation into a good situation," Norris explained.

"My hope is that it will be easy enough to understand and that instructions are clear so it looks legitimate," Efrat Feferman from the Monroe County United Way said.

Around 17% of residents in Monroe County have an average debt of $970 currently in collections.

The beauty in this, according to the Norrises, is they did not limit this gift to their own congregation.

"We don't know who got this, who received the gift. We don't know who was chosen based on their financial status or where they are at. I just felt like, 'Man, let's help someone who needs to be blessed," Norris said.

"He pulled the trigger, but it's everyone who is in this church who made it happen," Sumer noted.