Billboard calls for an end to IMS balloon release

Pre-race pageantry is beloved at the Indianapolis Motor Speedway. But a new campaign is taking aim at one of the traditions. 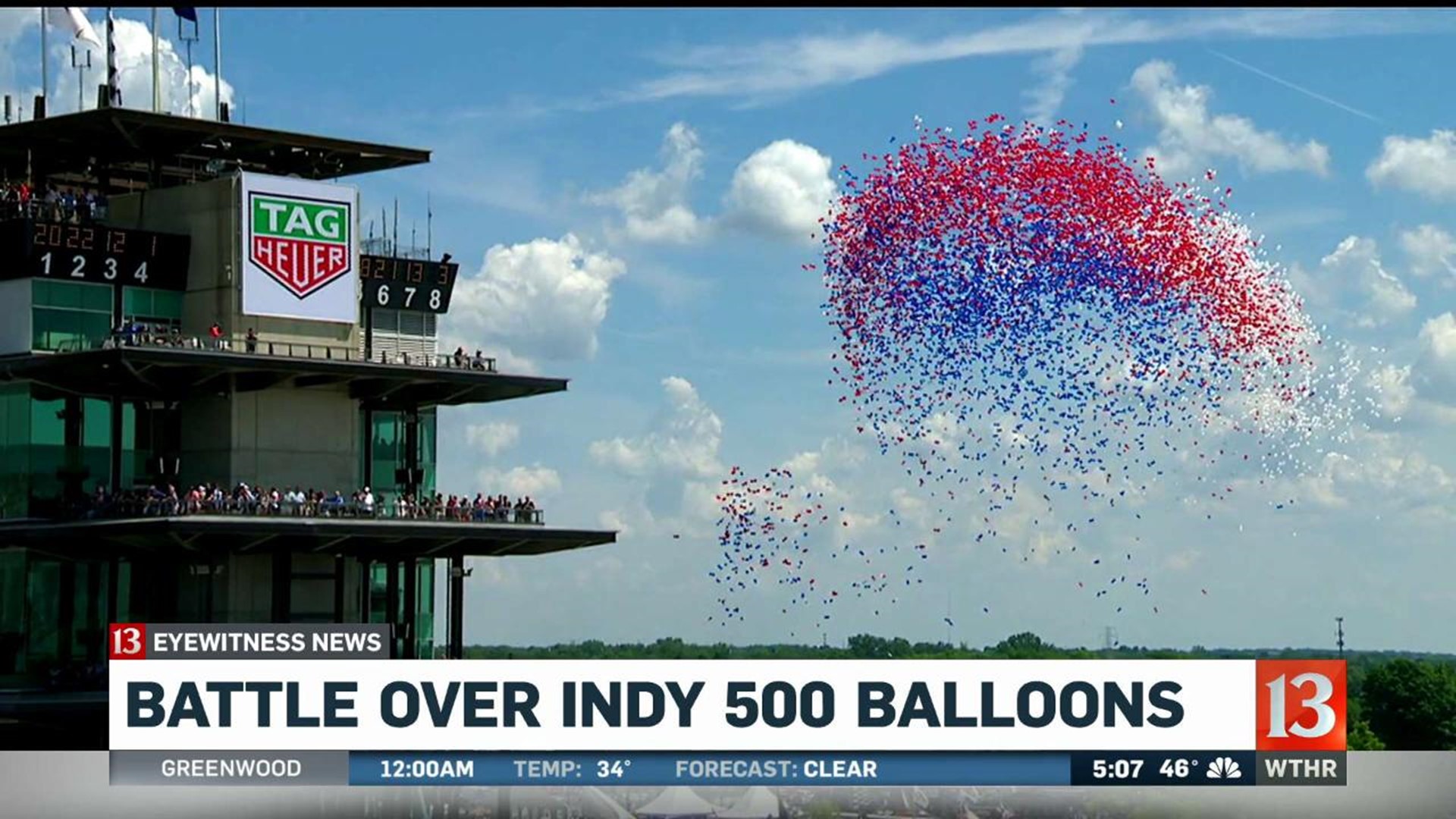 INDIANAPOLIS (WTHR) – They've been a part of race day for decades but the balloon release before the Indy 500 is now the subject of controversy – and calls for the tradition to end.

Pre-race pageantry is beloved at the Indianapolis Motor Speedway. But a new campaign is taking aim at one of the traditions.

The balloon release before the Indy 500 has been targeted by a new billboard at 16th and Harding Streets, which calls on the track to "stop littering IMS".

Her organization, which paid for the billboard with a grant from 'The Fund For Wild Nature', works to stop balloon releases nationwide because of environmental concerns.

"We're just hoping to bring attention to this mass littering because a lot of people are just unaware of how easily avoidable this is," Vosburgh said.

“We’re not out there tossing out other garbage, so why is ok to toss balloons?”

A new billboard targets @IMS - asking it to end the #Indy500 tradition of a balloon release. @WTHRcom pic.twitter.com/7eXEyjEfdj

Vosburgh says that happened after years of pressure from her organization and others. Vosburgh says the problem is where the balloons go after they're released.

"They're beautiful for a couple seconds, but then we just have to think beyond our fingertips," she said. "What goes up must come down and even though they might not be landing right near the IMS as litter, they're being found over 100 miles away. One was found in Ohio. Balloons are a threat to animals on land and sea, wild and domestic: cows, horses, cats, dogs. They are eating them and dying too."

The balloon release at the track has been a part of race day since 1947.

Vosburgh says she understands tradition but believes it should evolve -- that a part of the greatest spectacle in racing, should be under caution.

“The balloon release remains a part of the Indianapolis 500 pre-race program. However, we continue listening to and evaluating feedback from multiple perspectives on the topic. We’re reaching out to several stakeholders and talking with experts to fully understand the impact of this practice and determine its status in the years ahead.”

"We just need to treat balloons like our other garbage and dispose of it properly," said Vosburgh. "We're not out there tossing out other garbage, so why is it ok to toss balloons."

Vosburgh says her group paid for the billboard to be up for three weeks.

But Eyewitness News noticed it mysteriously came down sometime Monday morning after we shot our video.

Balloonsblow.org says it's has no idea why and is looking into the matter.

“IMS did not contact the company and request for the billboard to be removed,” said Alex Damron, senior director of communications at Hulman and Company.

UPDATE: IMS says it definitely did *not* have this billboard removed, had no issue with it at all. Word is the billboard company took it down on their own because they said attack ads were against their corp. policies. I’ve reached out to Outfront for confirmation. pic.twitter.com/ps1iB0buMi

"This was an OUTFRONT decision to remove the ad. IMS was not a part of this decision, and we did not contact them to discuss.

The boards were removed by OUTFRONT Media as of March 18; we viewed them as attack ads, which is a category we do not accept."