The victim says scammers are getting better at their craft, so you'll need to pay close attention to avoid falling for their tricks. 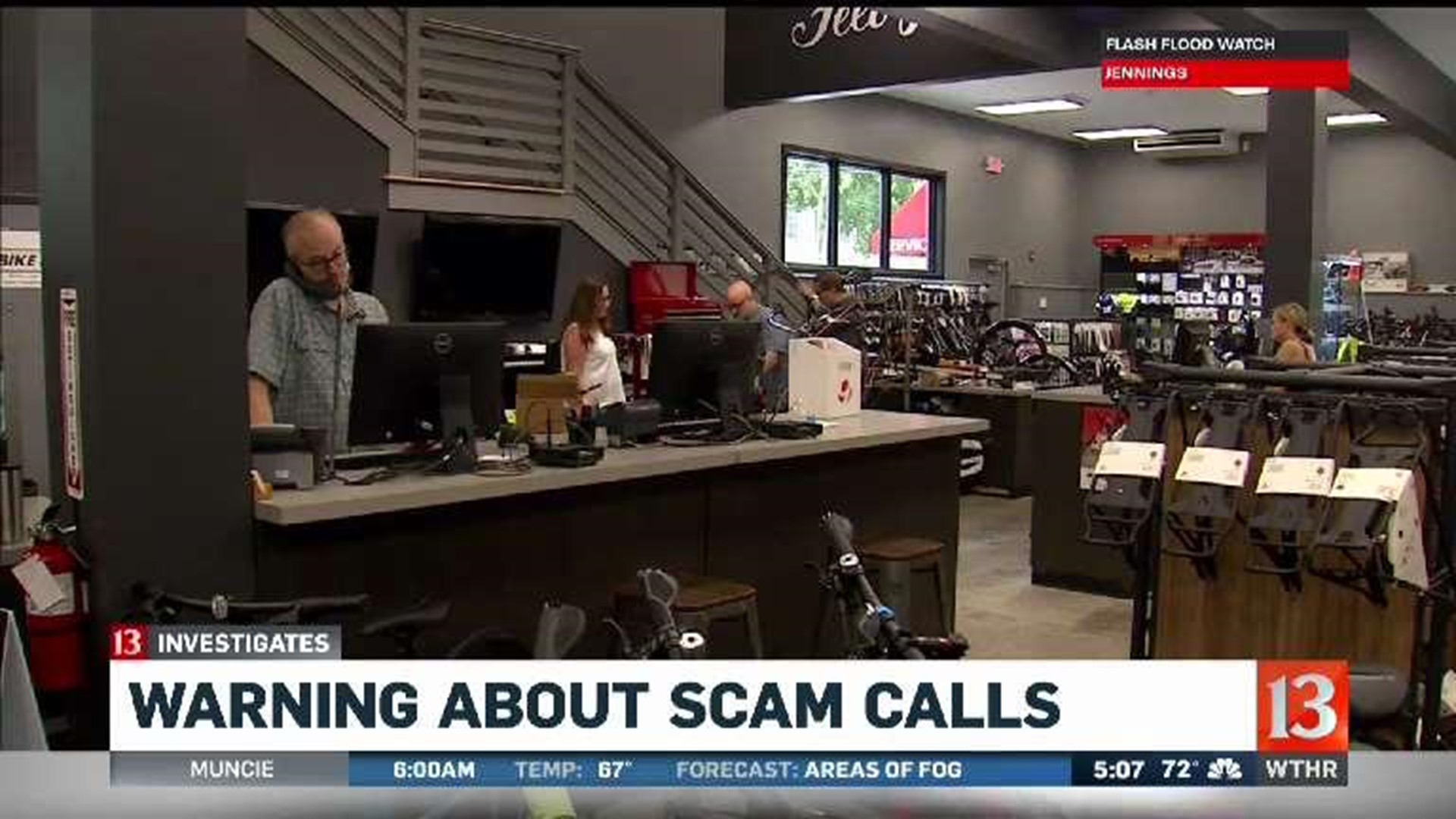 INDIANAPOLIS (WTHR) — A business owner has a warning about a telephone-based scam.

He said scammers are getting better at their craft, so you'll need to pay close attention to avoid falling for their tricks.

Charlie Revard owns the Bike Line in Broad Ripple. He recently got a call that, according to Caller ID, was from Indianapolis Power & Light, the local electric utility.

The caller told Revard said the store's power bill was past due and if he didn't call an 800 number and pay up, they would cut off his service.

"The lady told me 'We do not ever call customers when they're past due. We send out notices,' and I didn't have a notice. The very suspect guy called back within five minutes of me hanging up from IPL, saying 'You haven't called back yet, why not? We're sending a man out to disconnect power.'"

What the caller didn't know is that Revard's store has solar panels, making it pretty tough to cut off his power.

Revard suggests future victims of the scammer do what he did, hang up and call the actual company.