Biden honors fallen IMPD officer, hundreds of others killed in 2019-2020 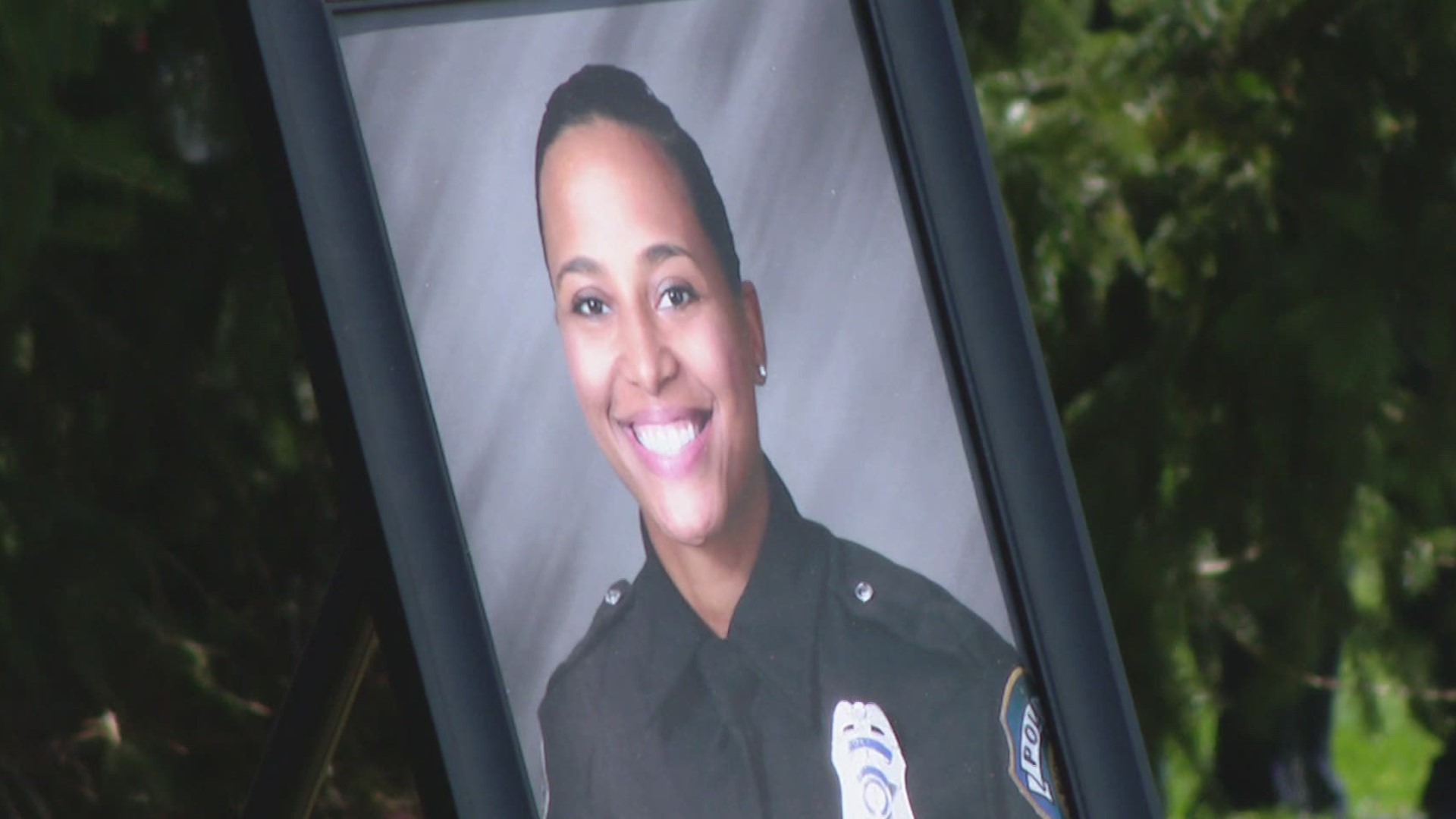 WASHINGTON, D.C., USA — IMPD Officer Breann Leath was one of the hundreds of fallen officers that President Joe Biden paid tribute to on Saturday during a ceremony in Washington, D.C.

Biden spoke at the 40th Annual National Peace Officers’ Memorial Service to remember the 491 law enforcement officers who died in the line of duty in 2019 and 2020.

"2020 was the deadliest year for law enforcement on record," Biden said. "And today, we are here to remember nearly 500 of your brothers and sisters, husbands and wives, sons and daughters. 2019 and 2020 we lost so much."

Hundreds of officers and their families sat on chairs assembled on the Capitol’s west front.

IMPD Chief Randal Taylor was among those in the crowd. He was there to remember Breann Leath, a 24-year-old mother and IMPD officer who was shot and killed while responding to a domestic violence call April 9, 2020.

Some in the audience dabbed their eyes as the president drew connections with their loss and his own history of grief, including the deaths of his first wife and two children, comparing it to “losing part of your soul.”

IMPD tweeted photos of the service that were accompanied by the hashtags, "Be Like Bre" and "Always Remember".

Biden also underscored the heavy burden placed on law enforcement officers, and rebuked the “defund the police” political movement, saying that those gathered before him would get “more resources, not fewer, so you can do your job.”

“We expect everything of you and it’s beyond the capacity of anyone to meet the total expectations,” Biden said. “Being a cop today is one hell of a lot harder than it’s ever been.”