Barrage of celebratory gunfire raises concern in west side neighborhood

Cellphone video captured a barrage of gunfire after the clock struck midnight in one west Indianapolis neighborhood. 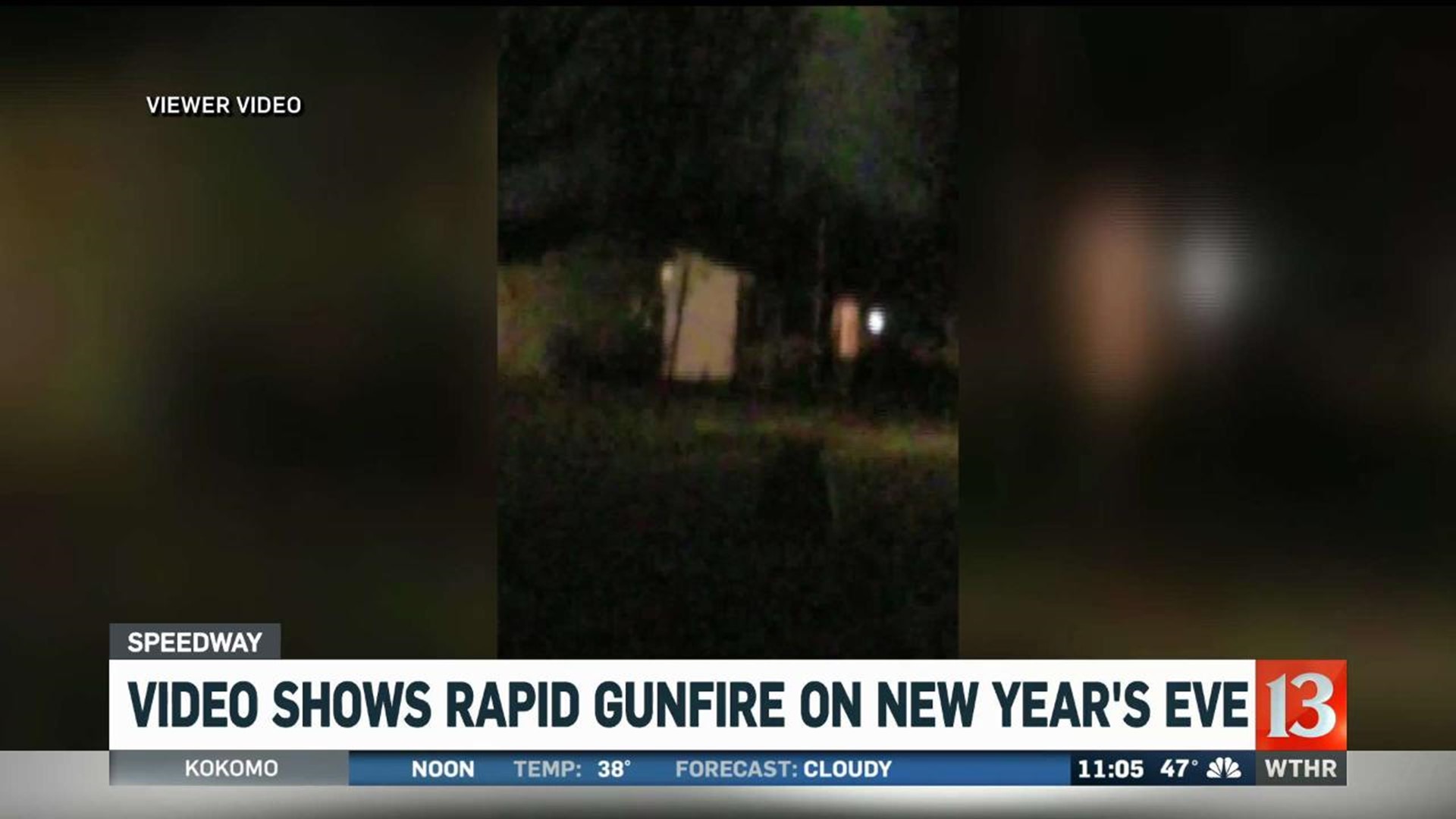 Cellphone video captured a barrage of gunfire after the clock struck midnight. Someone was firing their weapon into the sky near W. 30th Street and Falcon Drive, immediately north of the Indianapolis Motor Speedway.​
​
"The longer it went into the night, the bigger the caliber of weapon it became," said the man who recorded the gunfire on his cellphone.​

He did not want to be identified. He says gunfire illuminated the street and lasted for nearly an hour.​
​
"Nobody should have to sit in fear and think that a bullet is going to come raining down through the ceiling and possibly kill your child," he said. ​
​
He called 911, but says an officer never came.​
​
"They dispatched a unit is what they told me. I know it was New Year's Eve and a very busy night for law enforcement, but in the event that there was a person on a rampage with a weapon that had 30 rounds and rolling off 300 rounds, and it never being addressed... that's where I'm concerned," he said. ​
​
The man said incidents like this shine a negative light on those who support the 2nd Amendment.​
​
"I feel that this puts a lot of pressure on people that support that right because of ignorance from individuals that have no disregard for human safety," he said.​
​
If police find someone firing their weapon in the air, they can be arrested and charged with criminal recklessness. They can also serve six months to 2 1/2 years in jail and possibly pay a fine up to $10,000. ​
​
Metro police responded to 250 "shots fired" calls between 9 p.m. New Year's Eve and 8 a.m. New Year's Day.​