Ball State's Trey Moses is facing a constant battle with depression, but his days are made brighter by a group of buddies who support him on and off the court. 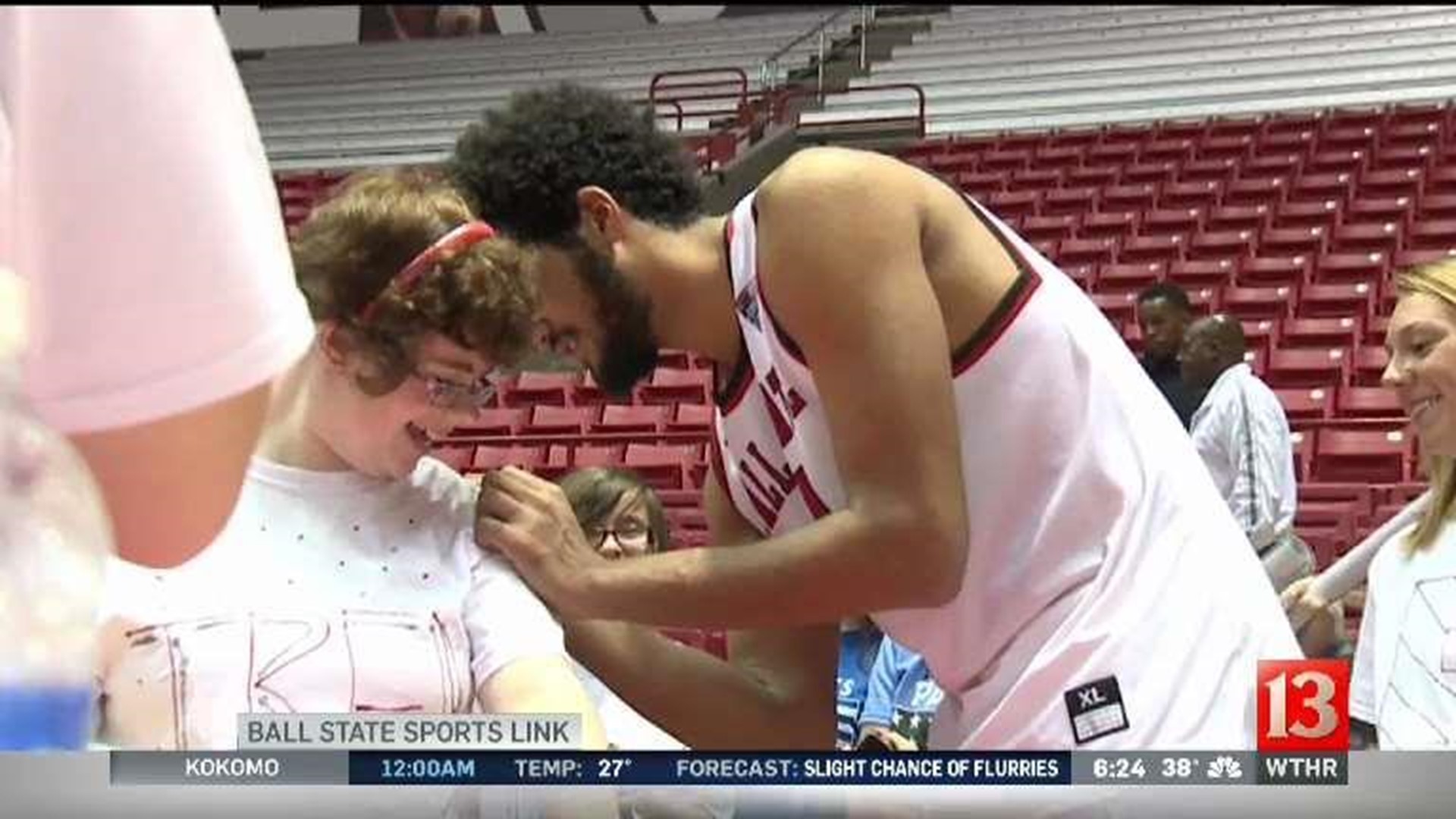 MUNCIE, Ind. (WTHR) - Every college basketball player dreams of making an impact. For some, it comes in the fourth quarter with the game on the line. For others, that moment comes after the game ends.

Ball State forward Trey Moses has found a way to achieve both. Averaging nearly 10 points per game and helping better the lives of people living with Down Syndrome.

"I love being a college basketball player, because I get that stage to be able to show off what I really, truly care about and that's people with special needs," Moses said.

If you go to a Ball State basketball game, you'll see children from the Best Buddies program in the stands, supporting the Cardinals and their man Moses.

But Trey's support of children with special needs began long before he dominated the paint at Worthen Arena. It actually started when he was in high school, getting ready to go to the prom. When he tweeted pictures of his Taylor Swift-themed prom proposal to Ellie Meredith, a classmate who's living with Down Syndrome. The proposal took the country by storm.

Decided to ask my best friend to prom pic.twitter.com/lHrQqvmEiz

"My tweet went viral. I wasn't expecting all this. You know, we had plenty of news stations, everybody coming in and talking to us. I didn't think it was that big of a deal. I mean, it was just me asking a friend to prom," Moses said.

The sophomore has spent the last three years helping those with Down Syndrome. The smiles he brings to others often gives cover to the sadness deep inside him.

At 6'9", the 19-year-old towers over most obstacles he faces, but his size can not help him fight his depression. The Louisville native has been living with the disorder since the seventh grade.

"It's the hardest thing I've ever dealt with, I wouldn't wish it upon anybody," Moses said. "I didn't really take a grasp until I got to college what it was."

Depression tormented Trey for six years. He credits his Ball State support system for helping him deal with the illness.

"When he first started to deal with it, that's above my pay grade. I needed some help, but the university really reached out and got us some professional help, quite frankly, we needed," said Ball State head coach James Whitford. "He's come a long way and I think it's been a team effort, he's matured and grown in a way that's been really fun to watch."

The 19-year-old credits his friends with special needs for helping him overcome depression. Instead of letting his energy sit in his depression, he uses it in a better way to help him cope.

"When I have my bad moments, I think about (his Best Buddies) and how they keep me going and all the people around me that care about me and even when people are talking to me about what's going on, they're like, just think about all your buddies you work with and I'm just like, 'You know what? That's right'," he said. "'Cause in life, you won't know when you'll take your last breath or anything, but you got to try to do what you're most passionate about to make yourself happy."

Proving that happiness is really determined by the moment and whom you share them with.