The parents say the day care is claiming another child, just 2 years old, hurt him. 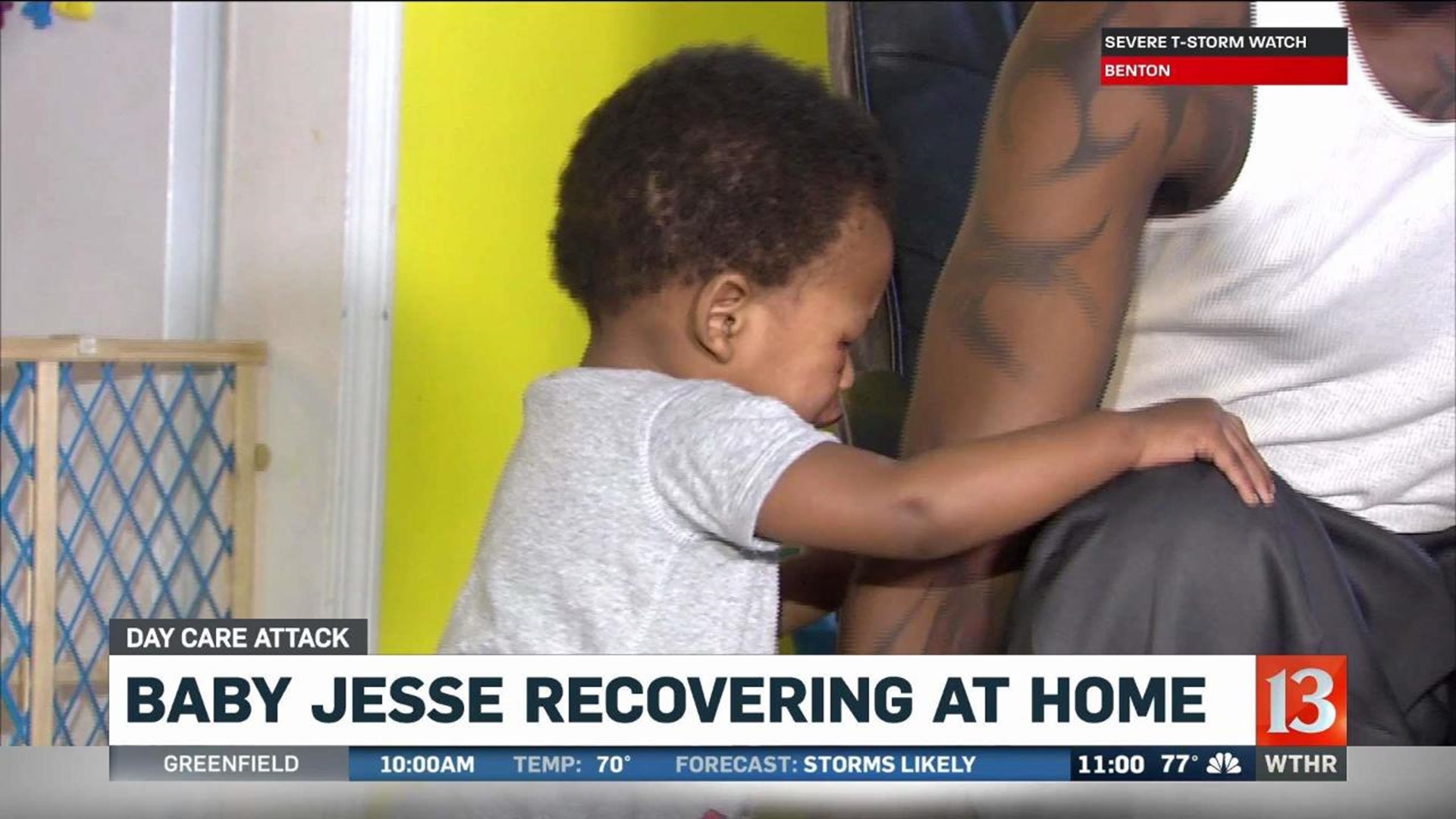 INDIANAPOLIS (WTHR) — To watch him play with his trucks on the floor of his east side home, you wouldn't know 1-year-old Jesse Harris just spent two harrowing days in the hospital.

That is, until you look at his little face, still swollen, cut and bruised.

"When I see him, I cry because of all that," said Jesse's mom, Tiffany. "When he smiles, I get upset because that's not my baby's face."

A face, this mom says, which looked even worse on Monday. She and her fiance, also named Jesse, say they found their little boy bleeding and bruised in his day care high chair after an employee from the caregiver called them, saying their 1-year-old was hurt.

The parents say the day care is claiming another child, just 2 years old, hurt him.

"I don't think a two-year-old could do this," said the elder Jesse.

Eyewitness News was there Wednesday afternoon when the family left IU Health Riley Hospital for Children with baby Jesse in their arms.

The little boy's parents talked about the doubts over what really happened to their son.

"I want to know if she left. Was she there? Did she hurt him and then try to cover it up," asked Tiffany.

Now, even with their little boy safely at home, the anger and pain remain.

"I don't want this to happen to any other parent," said dad. "The pain that I feel as a father and the pain she felt as a mother, it's an indescribable pain to walk into a day care and see your son bloodied and beaten."

That's why the parents say they can't imagine sending him to any day care any time soon.

"He's going to be right here at home in my arms or his dad's," said Tiffany.

Right now, that's the only place where they feel their baby is safe.