Avoid talking politics at family holidays by talking about this instead

One way to diffuse the situation and avoid heated conversations around the holidays is talking about something everyone can agree on: the annoying scams that are making the rounds. 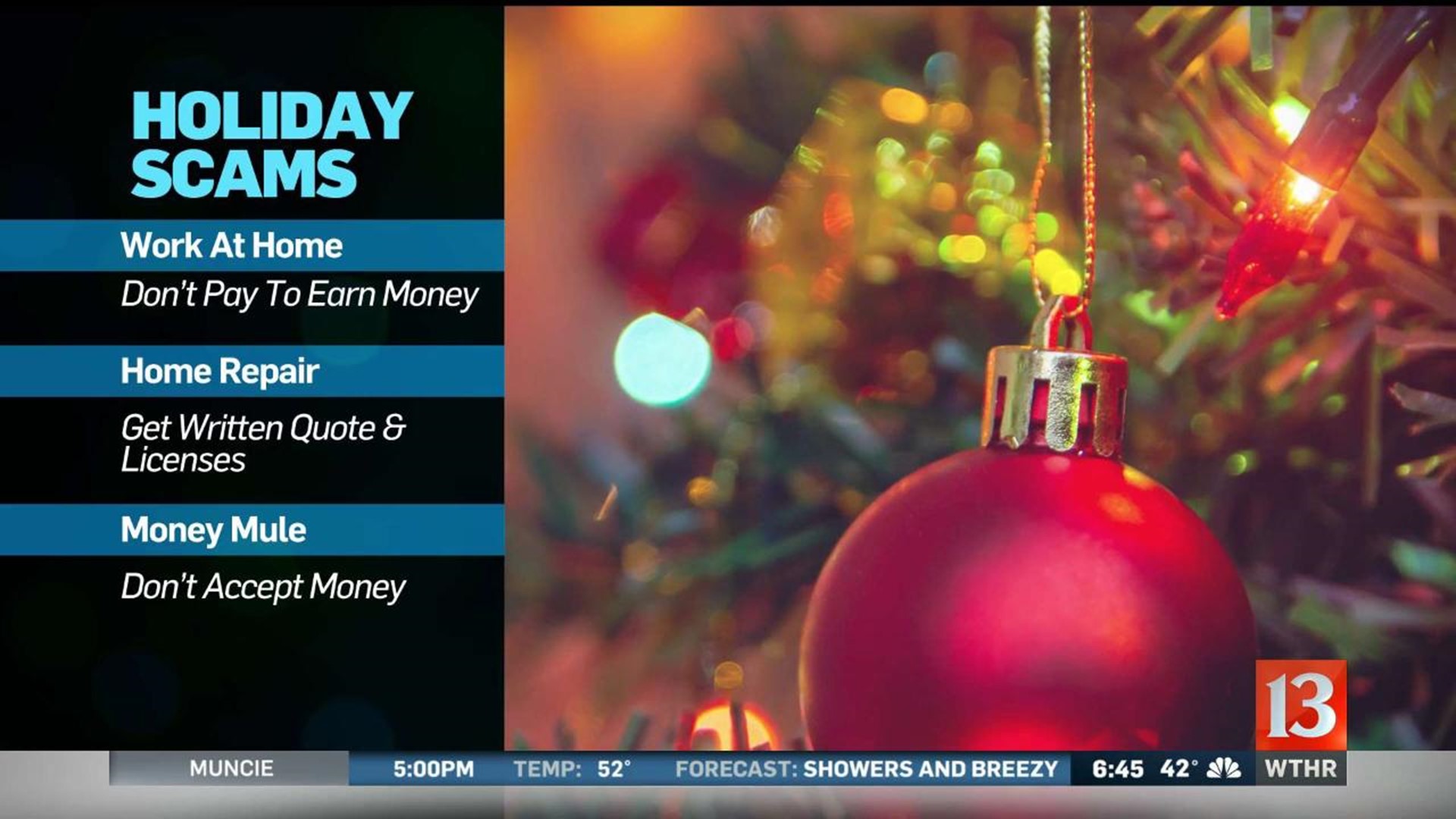 As Thanksgiving and other holidays approach, there’s often tension that comes up with conversations about politics and now the impeachment hearing.

One way to diffuse the situation and avoid heated conversations is talking about something everyone can agree on: the annoying scams that are making the rounds.

13 Investigates has shown you ways to reduce the number of those annoying calls.

As holiday bills pop up and the need for more money for Christmas gifts rises, the Federal Trade Commission is warning about the "work from home" scam.

If there's a fee involved, that's a red flag; you shouldn't have to pay money to make money. Be sure to do your research about the company before accepting the position. Find out more about the "work from home" scam here.

Before you have a house full of company coming over, you might want to spruce things up, making "home repair" scams even more common.

These are more typical with someone going door-to-door. Remember to get a written quote, proof of insurance and a work license.

There's also a scam that offers you money up front. This could be from a sweepstakes, perhaps a job, or more commonly from a relationship.

Here’s how it works: the person wants to send you money to deposit into your account. The sender then wants you to transfer it to someone else or buy a gift card.

It turns out that money is usually stolen, and you’ve fallen victim to the "money mule" scam.

The FBI offers these three scenarios as examples:

The FBI has more about "money mule" scams here.

If you feel something is too good to be true, research the company and terms to make an informed decision, and don’t be afraid to call police if you think you’ve become a victim.