Indiana State Police are investigating a woman's death after she was found with a python around her neck. 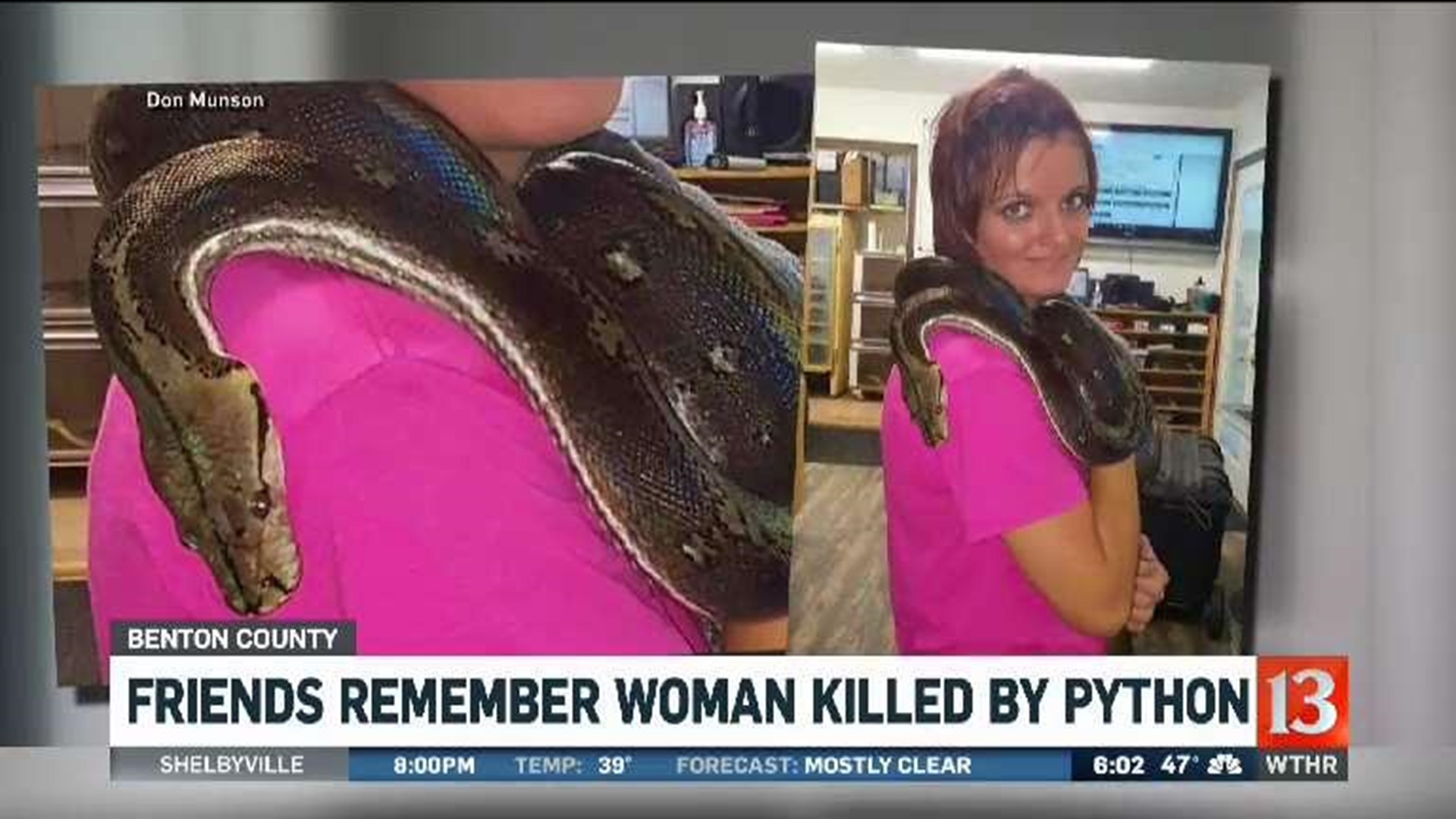 OXFORD, Ind. (WTHR) — Indiana State Police are investigating a woman's death after she was found with a python around her neck.

According to ISP, an autopsy done Friday found the cause of death as asphyxiation due to strangulation by a snake.

Deputies arrived to find a Laura Hurst, 36, Battle Ground, on the floor with an 8-foot python wrapped around her neck.

Hurst absolutely loved snakes. She had more than 20 of them.

Friends describe her as a passionate advocate for all animals.

"Most of them were rescues that were brought to her,” said Cameron Logan. “She just couldn't turn them away."

“She had such a love for the animals she had and took care of,” said Dustina Carter.

Logan, a fellow reptile enthusiast who teaches about snakes, said Hurst was experienced.

“She knew her stuff. She knew what she was doing,” he said. “She didn't fear any of them. So, no matter how maybe aggressive (a snake) was during breeding season, how defensive it was, she never let that phase her.”

But state police say a visit to check on the snakes turned deadly Wednesday night.

"She got this other snake out, I do not believe belonged to her, but she got the snake out and what happened after that we are still trying to figure out," said public information officer Sgt. Kim Riley.

Friends and police say we may never know what happened. Regardless, Logan said he doesn't want people to remember Laura Hurst for how she died. He wants us to remember how she lived.

“The world needs more people with that passion ... that love for animals," he said.

It happened in a home owned by Benton County Sheriff Don Munson — used specifically to house more than 140 snakes. It was Munson who found Hurst dead.

The sheriff called it a tragic accident and said no one should handle a snake larger than six feet by themselves.

Investigators said all of the snakes were housed and stored properly.