The car is owned by a woman in an assisted-living facility. 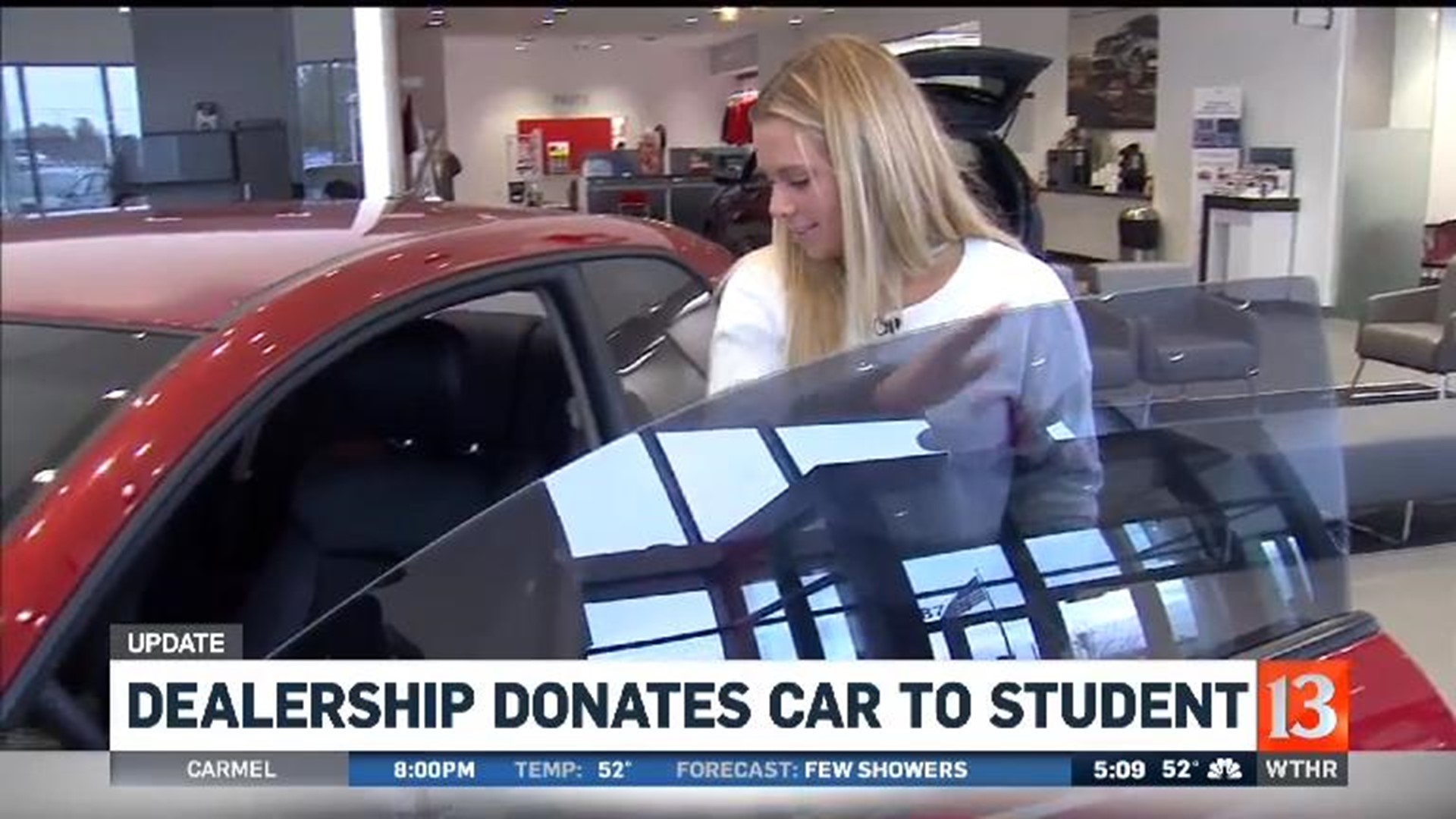 INDIANAPOLIS (WTHR) — We have a happy update to a story we told you earlier this month.

Kylie Brooks, 20, became the victim of an alleged scammer recently.

The college student works two jobs and needed a new car. She found one on Facebook Marketplace and paid $6,000 for it, only to have it confiscated by police a few weeks later.

Fast forward to Thursday, when Avon's Andy Mohr auto dealership stepped in to help. They gave Brooks a 2010 Kia Forte.

Brooks says she's "completely blown away" by the generosity.

"There's a lot of bad people in the world, but there are good people too," Brooks said. "I completely believe that and just have hope and keep have your head up because good things can come out of bad things."

The suspect in the original transaction faces charges.