Police in Anderson are trying to identify several human bones discovered in a park near the White River. 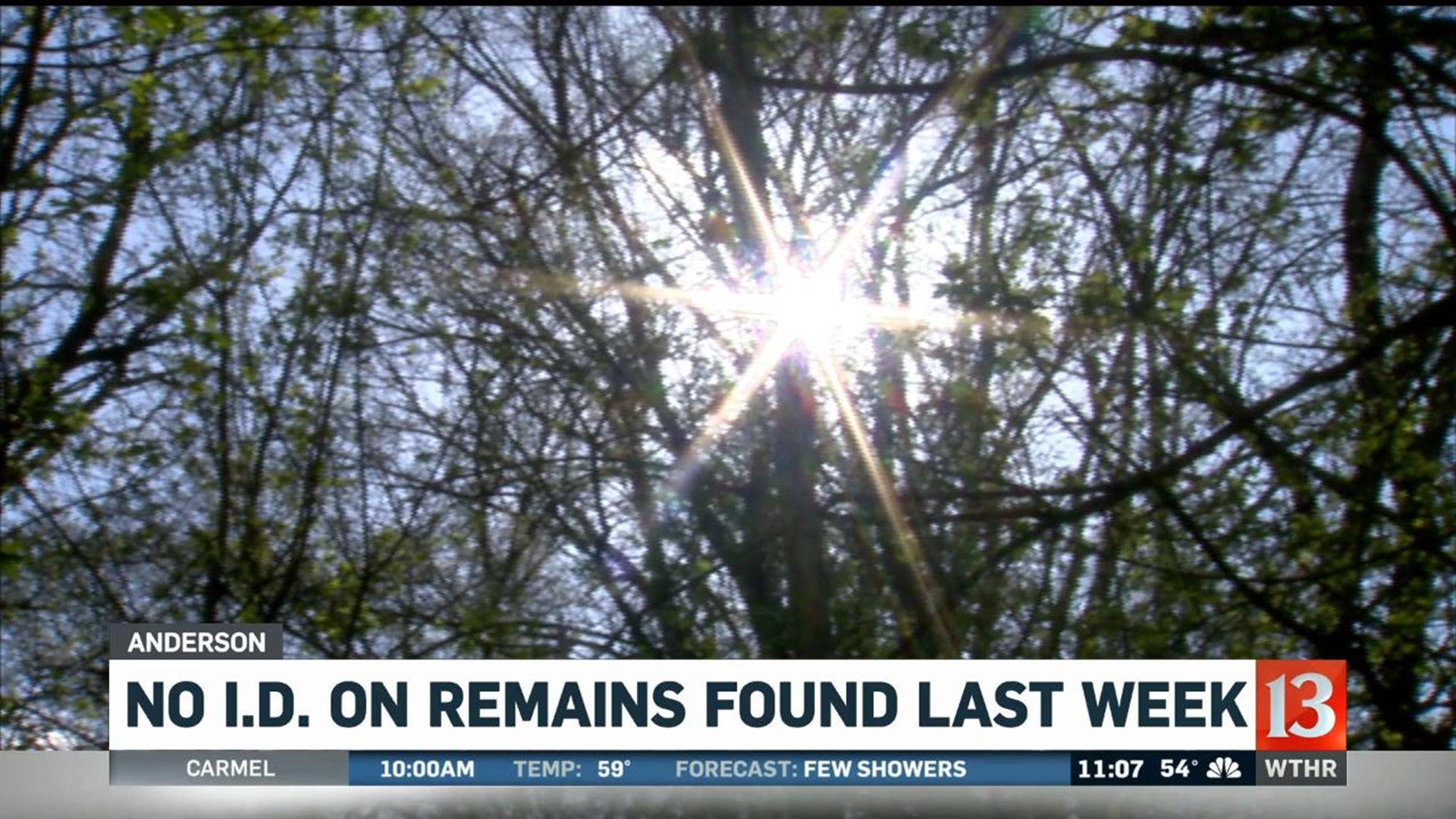 ANDERSON, Ind. (WTHR) - There has been no identification made in connection with human remains found at a park in Anderson last week.

The bones were found last Wednesday by a father and son searching for mushrooms in River Bend Park.

Some personal effects were found nearby, including an identification, but it remains unclear if those are linked to the bones.

Madison County Coroner Danielle Noone tells Eyewitness News the remains were transferred to a forensic anthropology lab at the University of Indianapolis.

They will undergo DNA testing but it could be several weeks before they get any results.

If you have information that could help, you're asked to call Anderson police.