Staffers came to the hallway after hearing noise from an altercation. Two of them were "swept up" into the incident. 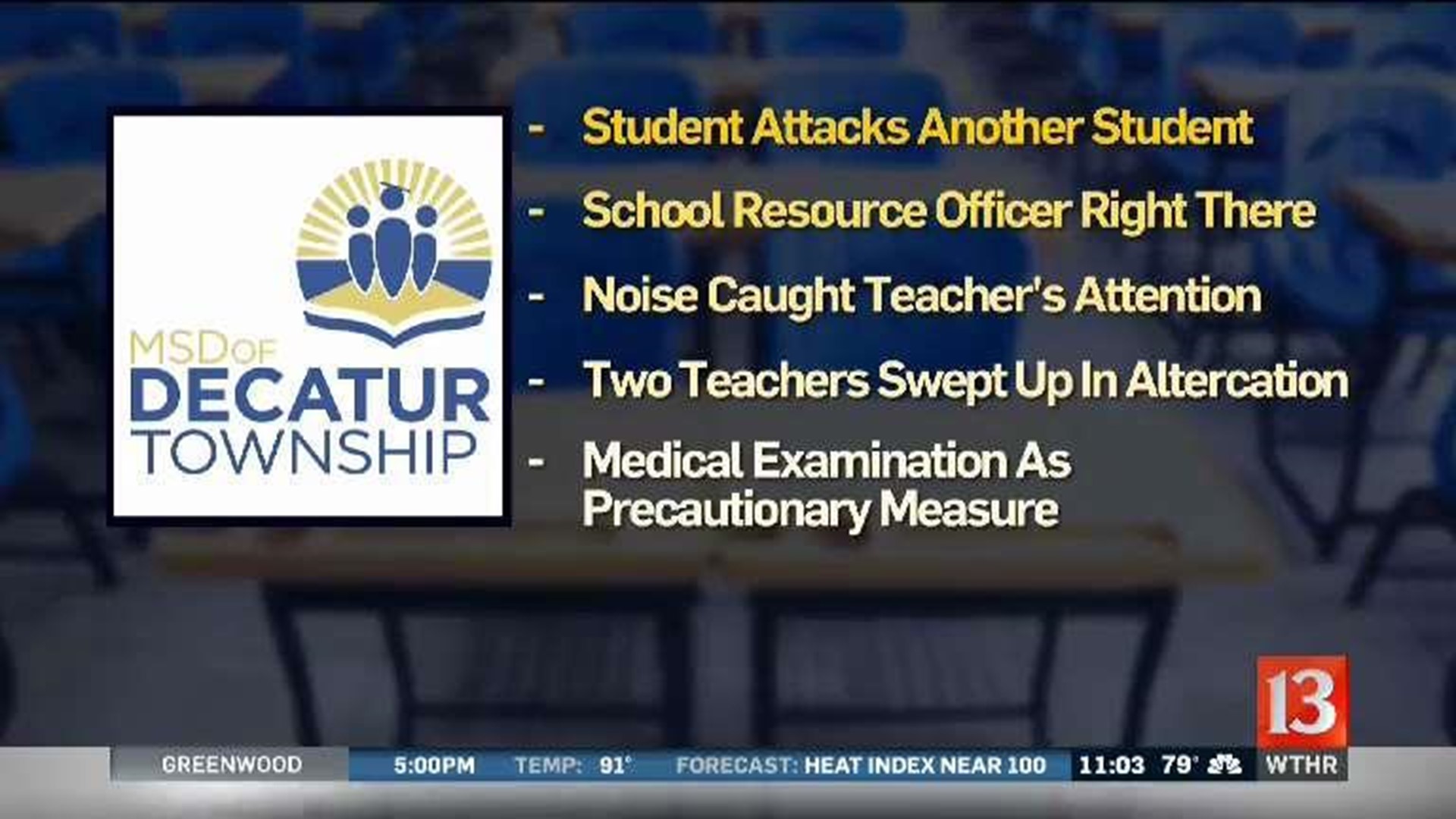 INDIANAPOLIS (WTHR) — A spokesperson for Decatur Township schools said two staffers were checked for injury after an altercation at a school.

Spokesperson Tony Burchett said a school police officer was present when "a young man, in the company of his mother, attacked" a student.

Burchett said noise from the incident brought staffers to the hallway and that two of them were "swept up into the altercation."

He said both employees were, as a precaution, sent for a medical evaluation.

The school did not provide additional information about the incident.